Researchers have strived for years to determine how neurons are produced and integrated into the brain throughout adult life. In an intriguing twist, scientists reporting in the August 11 issue of the Cell Press journal Developmental Cell provide evidence that adult-born neurons are derived from a special type of circulating blood cell produced by the immune system. The findings—which were made in crayfish—suggest that the immune system may contribute to the development of the unknown role of certain brain diseases in the development of brain and other tissues.

The red swamp crayfish (Procambarus clarkii) is native to the southeastern United States. This species is a popular model organism for studies of the nervous system, and has been used to study fundamental mechanisms involved in the production of new neurons in the adult brain. Credit: Jeanne Benton

In many adult organisms, including humans, neurons in some parts of the brain are continually replenished. While this process is critical for ongoing health, dysfunctions in the production of new neurons may also contribute to several neurological diseases, including clinical depression and some neurodegenerative disorders. Dr. Barbara Beltz of Wellesley College and her colleagues studied crayfish to understand how new neurons are made in adult organisms. When they marked the cells of one crayfish and used this animal as a blood donor for transfusions into another crayfish, the researchers found that the donor blood cells could generate neurons in the recipient.

"These blood cells—called hemocytes—have functions similar to certain white blood cells in mammals and are produced by the immune system in a blood-forming organ that is functionally analogous to bone marrow," explains Dr. Beltz. "When these cells are released into the circulation, they are attracted to a specialized region in the brain where stem cells divide, and their descendants develop into functional neurons." 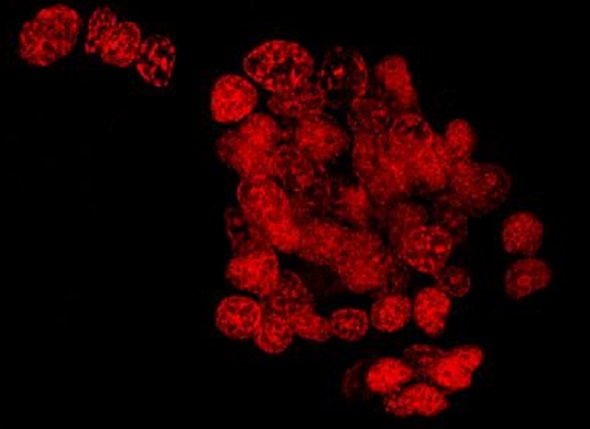 A group of BrdU-labeled newborn cells in cell cluster 10 in the crayfish brain, where these cells differentiate into neurons. Credit: Jeanne Benton

The current work demonstrates that the immune system can produce cells with stem cell properties that can give rise to different types of cells, including both hemocytes and nerve cells. "Our findings in crayfish indicate that the immune system is intimately tied to mechanisms of adult neurogenesis, suggesting a much closer relationship between the immune system and nervous system than has been previously appreciated," says co-author Dr. Irene Söderhäll, of Uppsala University in Sweden. The flexibility of these immune cells in producing neurons in adult animals raises the intriguing possibility of the presence of similar types of flexibility in other animals. If further studies demonstrated a similar relationship between the immune system and brain in mammals, the findings would stimulate a new area of research into immune therapies to target neurological diseases.