Patients with moderate to severe depression reported significant improvements in mood when researchers precisely stimulated a brain region called the orbitofrontal cortex (OFC), according to a UC San Francisco research study published Nov. 29, 2018, in Current Biology. The results are an important step toward developing a therapy for people with treatment-resistant depression, which affects as many as 30 percent of depression patients, the authors say.

Using electrical current to directly stimulate affected regions of the brain has proven to be an effective therapy for treating certain forms of epilepsy and Parkinson’s disease, but efforts to develop therapeutic brain stimulation for depression have so far been inconclusive. These earlier efforts focused on stimulation of deep brain regions within the cingulate cortex and basal ganglia that are known to play a direct role in emotional processing, but much less is known about the emotion-regulating functions of the OFC, a small region on the lower surface of the brain just above the eyes.

“The OFC has been called one of the least understood regions in the brain, but it is richly connected to various brain structures linked to mood, depression and decision making, making it very well positioned to coordinate activity between emotion and cognition,” said study senior author Eddie Chang, MD, a UCSF professor of neurosurgery and member of the UCSF Weill Institute for Neurosciences whose research lab studies the neuroscience of language and mood.

This animation shows a composite view of recording sites used for identifying neural correlates of mood state in the epilepsy monitoring unit patients; a subset of these were also used in the stimulation studies. Credit: Ben Speidel, Chang Lab, UCSF

Chang is also a neurosurgeon with UCSF Health specializing in epilepsy, which allows his team to leverage a unique cohort of patient volunteers who have electrodes temporarily implanted in their brains as part of standard preparation for neurosurgery. These electrodes typically help surgeons identify and remove brain tissue responsible for patients’ seizures while avoiding nearby tissue involved in important functions such as language. In the new study, led by UCSF assistant professor of neurology Vikram Rao, MD, PhD, and Chang lab postdoctoral researcher Kristin Sellers, PhD, the ability to record directly from patients’ brains allowed the researchers to seek out potential sites for therapeutic brain stimulation to counteract depression.

The researchers recruited 25 patients from Chang’s epilepsy clinic who reported minimal to severe symptoms of depression, and asked them to report their mood several times a day using a tablet-based app while they were in the hospital awaiting surgery. This allowed the researchers to use the patients’ implanted electrodes to observe patterns of brain activity linked to natural mood fluctuations over several days and to zero in on brain regions linked to depression that might be amenable to brain stimulation.

In much the same way that neurologists typically map language function prior to brain surgery, the researchers then used mild electrical current to systematically disrupt brain activity in candidate regions – including the OFC, amygdala, cingulate cortex, insula, and hippocampus – while asking patients to report the effect on their mood on a set of standardized scales ranging between opposing states such as “calm” vs. “restless” or “hopeful” vs. “hopeless.” The volunteers were also asked to freely describe how they felt during stimulation, which the researchers transcribed and analyzed with software to quantify the emotional words patients used.

The researchers found that most stimulation locations produced no effect on volunteers’ mood, but that applying current to the lateral OFC for just three minutes, even on just one side of the brain, produced significant improvements in mood in patients with moderate to severe depression.

“Patients said things like ‘Wow, I feel better,’ ‘I feel less anxious,’ ‘I feel calm, cool and collected,’” recalled Sellers. “And just anecdotally, you could see the improvements in patients’ body language. They smiled, they sat up straighter, they started to speak more quickly and naturally.”

Two additional observations suggested that OFC stimulation could have therapeutic potential, the researchers said. First, uniquely among the brain regions they examined, the researchers found that applying current to the lateral OFC triggered wide-spread patterns of brain activity that resembled what had naturally occurred in volunteers’ brains during positive moods in the days before brain stimulation. Equally promising was the fact that stimulation only improved mood in patients with moderate to severe depression symptoms but had no effect on those with milder symptoms.

“These two observations suggest that stimulation was helping patients with serious depression experience something like a naturally positive mood state, rather than artificially boosting mood in everyone,” said Rao, who is also a UCSF Health neurologist and a member of the UCSF Weill Institute for Neurosciences. “This is in line with previous observations that OFC activity is elevated in patients with severe depression and suggests electrical stimulation may affect the brain in a way that removes an impediment to positive mood that occurs in people with depression.”

The authors caution that additional research in larger groups of patients will be needed to determine whether stimulating the lateral OFC can produce long-lasting improvements in mood. However, they said they hope that improved understanding of the OFC’s role in emotion regulation will help identify “biomarkers” of depression in the brain and pave the way for the next generation of individually tailored treatments, such as Rao and others already use routinely in patients with epilepsy. 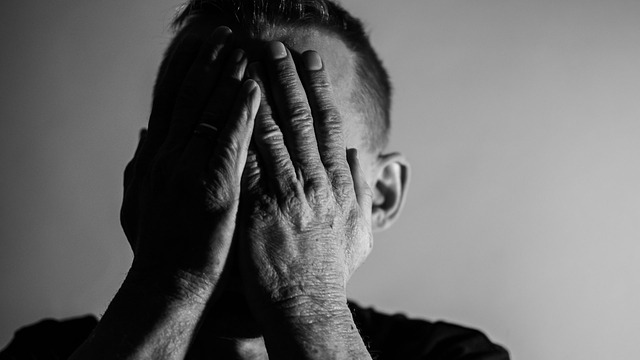 END_OF_DOCUMENT_TOKEN_TO_BE_REPLACED

“The more we understand about depression at this level of brain circuitry, the more options we may have for offering patients effective treatments with a low risk of side effects,” said Heather Dawes, PhD, who helped to oversee the research. “Perhaps by understanding how these emotion circuits go wrong in the first place, we can even one day help the brain ‘unlearn’ depression.”

This article has been republished from materials provided by University of California San Francisco. Note: material may have been edited for length and content. For further information, please contact the cited source.