Johannes Kohl has been named the 2018 grand prize winner in the annual international competition for The Eppendorf & Science Prize for Neurobiology, for research that makes sense of how a cluster of neurons controls parenting behavior in mice.

Kohl’s prize-winning essay, “Circuits for care,” highlights the function of a small population of neurons located in the medial preoptic area (MPOA) of the hypothalamus (a portion of the brain that shares common features with other vertebrates). Kohl zeroed in on MPOA neurons bearing a molecule called Galanin, which were previously identified to be critical for parental behavior in both males and females. Using mouse models and imaging techniques (to record the activity of specific neurons in rodents), Kohl investigated the processes underlying the MPOA neurons’ ability to control a complex behavior.

“I started my project by tracing the connections that MPOA neurons expressing galanin (or MPOAGal) form with the rest of the brain,” said Kohl. This revealed that MPOAGal neurons are organized in distinct pools, or subpopulations, each projecting to a different brain area. Each pool had access to incoming information from around 20 brain areas. He then investigated the neuronal pools that were crucial for parental behavior, by identifying the pools that were most highly activated when mice interacted with their pups. 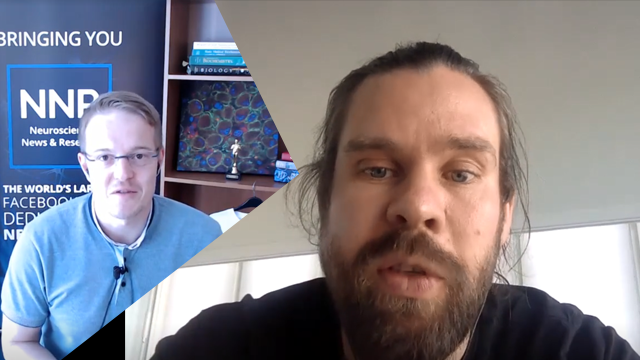 END_OF_DOCUMENT_TOKEN_TO_BE_REPLACED

Kohl determined that while the entire MPOAGal population became active during all aspects of parenting, surprisingly, individual pools were activated during discrete parenting events, suggesting that they control specific components of parenting. The pools included those projecting to brain regions such as the periaqueductal gray (PAG, which is involved in motor control), the ventral tegmental area (VTA, an area implicated in the drug and natural reward circuitry) and the medial amygdala (MeA, known to play a role in innate emotional behaviors).

Activation of PAG-projecting MPOAGal neurons suppressed pup-directed aggression in certain male mice and increased pup grooming in both sexes, suggesting that this pool controls an important motor component of parenting. By contrast, activating the VTA-projecting neuronal pool did not directly affect pup interactions. Understanding that an increased motivation to interact with infants is a hallmark of parental animals, Kohl inserted a climbable barrier between the test mice and pups.

Activation of the VTA-projecting pool drastically increased the frequency with which animals crossed over to the pup compartment, suggesting that the pool influenced motivation to interact with infants. Lastly, activating MPOAGal neurons that project to the MeA affected neither pup interactions nor the motivation to interact with pups. Kohl unexpectedly observed that this manipulation suppressed interactions with adult mice in both males and females, therefore indicating that this pool might indirectly promote parenting by suppressing non-parental social behaviors.

“This research is significant because it sheds light on the brain circuits that shape such important traits like parenting behavior,” said senior Science editor Dr. Peter Stern.

Kohl said that while “it is too early to know whether these findings are directly applicable to humans –where behavior is considerably more complex and subject to many additional social or cultural influences, for example,” the results represent significant progress in uncovering how a social behavior is wired into the brain.

In humans, parental care is affected by stress and mental illnesses such as postpartum depression and anxiety, which together affect almost 20% of mothers in the U.S. Addressing how physiological states and environmental factors interact with these circuits might therefore open new avenues for treatment of common mental illnesses.

Kohl said that possible next steps for his research will be to “find out how factors such as stress, sleep or hunger affect these circuits, and whether other social behaviors rely on neural circuits that are similar in form and function to the ones identified for parenting.”

Johannes Kohl and the following finalists will be recognized at a prize ceremony in conjunction with the Annual Meeting of the Society for Neuroscience. The ceremony will be held at Hard Rock Hotel San Diego on Sunday evening, November 4, 2018.

Johannes Kohl, for his essay "Circuits for care." Kohl received his undergraduate degree from the University of Magdeburg in Germany and his Ph.D. from the University of Cambridge. Dr. Kohl is currently a postdoctoral fellow at Harvard University and the Sainsbury Wellcome Centre for Neural Cir-cuits and Behaviour in London where he has been exploring the neural circuits underlying parenting. In early 2019, Dr. Kohl will start his group at the Francis Crick Institute in London.

Talia Lerner, for her essay "The effortless custody of automatism." Lerner received her B.S. in Molecular Biophysics and Biochemistry from Yale University and her Ph.D. in Neuroscience from The University of California, San Francisco. She then conducted postdoctoral research at Stanford University. Dr. Lerner is currently an assistant professor at Northwestern University, where she is continuing her research into how dopamine circuits regulate reward learning and habit formation, and how individual differences in dopamine circuit architecture contribute to the risk for mental disorders.