New research shows that a burst of evolutionary innovation in the genes responsible for electrical communication among nerve cells in our brains occurred over 600 million years ago in a common ancestor of humans and the sea anemone. The research, led by Timothy Jegla, an assistant professor of biology at Penn State University, shows that many of these genes, which when mutated in humans can lead to neurological disease, first evolved in the common ancestor of people and a group of animals called cnidarians, which includes jellyfish, coral, and sea anemones. A paper describing the research is published in the journal Proceedings of the National Academy of Sciences. 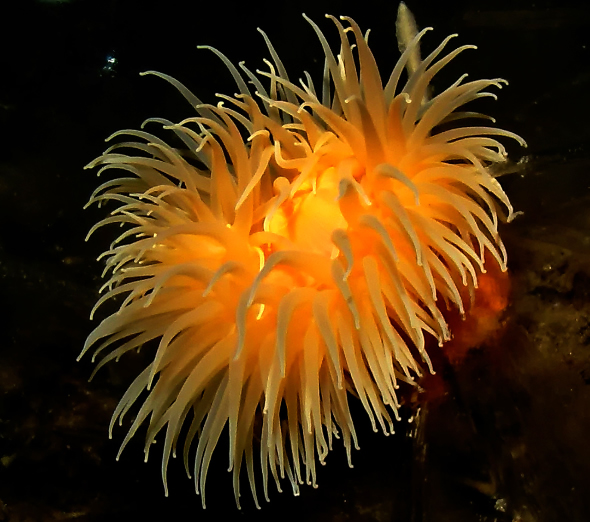 Electrical impulses in nerve cells are generated by charged molecules known as ions moving into and out of the cell through highly specialized ion-channel proteins that form openings in the cell membrane. The new research focuses on the functional evolution of the genes that encode the proteins for potassium channels -- ion channels that allow potassium to flow out of nerve cells, stopping the cell's electrical impulses. "The channels are critical for determining how a nerve cell fires electrical signals," said Jegla. "It appears that animals such as sea anemones and jellyfish are using the same channels that shape electrical signals in our brains in essentially the same way."

"Humans and sea anemones went their separate ways evolutionarily speaking roughly 600 million years ago," said Jegla, "so we know that the mechanisms we use to generate impulses in our neurons must be at least that old." The team then tried to trace these channels back even further in evolutionary time -- to the very origins of the nervous system. "One of the exciting recent findings in evolutionary biology is that the nervous system might be much older than the ancestor of sea anemones and humans," Jegla said. Recent genome sequences from comb jellies, which also have nervous systems, show that they are a more ancient group of animals than sea anemones and might even be the oldest type of animals that are still living today. "When we looked at comb jellies, we found that the potassium channels looked very different -- most of the channel types found in humans were missing," said Jegla. "We could trace only one kind of the human potassium channels that we looked at all the way back to comb jellies, but we find almost all of them in sea anemones." 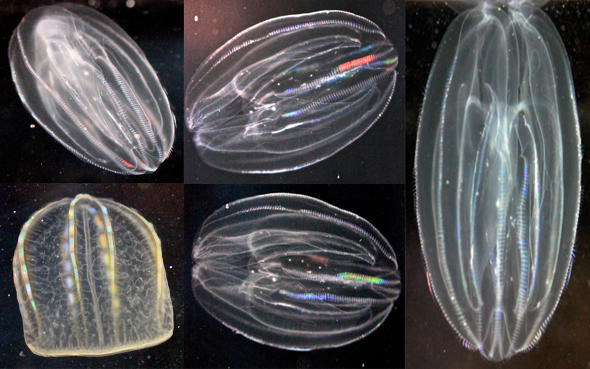 Various species of comb jellies, the most ancient group of animals with a nervous system alive today. Credit: David Simmons, University of Florida

The implication is that many of the mechanisms we use to control electrical impulses in our neurons were not present in the earliest nervous systems. The team did find many different potassium channels in comb jellies, but they appear to have evolved independently after the comb jelly lineage split from that of our ancestors. "We don't know how complex electrical signaling is in living comb jellies, but it probably wasn't very complex in our common ancestor," said Jegla. The team now is interested in figuring out what drove the burst of innovation in ion channels in our common ancestor with sea anemones.

"We don't yet understand why our ion channels evolved at that time, but the changes in the ability of nerve cells to generate electrical signals must have been revolutionary," said Jegla. "Our current favorite hypothesis is that neurons capable of directional signaling might have evolved at this time." In human nervous systems, most nerve cells have a polar structure with separate regions for inputs and outputs. This allows for directional information flow and highly complex circuits of nerve cells, but it requires a huge diversity of ion channels to shape the electrical signals as they pass through the polar nerve cells. "If our hypothesis turns out to be correct, we may be able to gain some important insights into how nerve cells and circuits evolved by studying sea anemones," said Jegla. "There is a lot that remains to be discovered about how we build polar neurons, and we can use evolution to point out the really important mechanisms that have been conserved through animal history."