Because the severe autism-like condition Christianson Syndrome was only first reported in 1999 and some symptoms take more than a decade to appear, families and doctors urgently need fundamental information about it. A new study that doubles the number of cases now documented in the scientific literature provides the most definitive characterization of CS to date. The authors therefore propose the first diagnostic criteria for the condition.

"We're hoping that clinicians will use these criteria and that there will be more awareness among clinicians and the community about Christianson Syndrome," said Brown University biology and psychiatry Assistant Professor Dr. Eric Morrow, senior author of the study in press in the Annals of Neurology. "We're also hoping this study will impart an opportunity for families to predict what to expect for their child and what's a part of the syndrome."

In conducting their study, which includes detailed behavioral, medical and genetic observations of 14 boys with CS from 12 families, the team of scientists and physicians worked closely with families of the small but fast-growing Christianson Syndrome Association , including hosting the group's inaugural conference at Brown's Alpert Medical School last summer.

In their study, Morrow's team was able to quantify the most frequent symptoms specific to CS. These include moderate to severe intellectual disability, epilepsy, difficulty or inability walking and talking, attenuated head and brain growth, and hyperactivity. Boys sometimes exhibit other specific symptoms -- including autism-like behaviors, low height and weight, acid reflux, and regressions in speech and motor skills after age 10 -- that the researchers include as secondary proposed diagnostic criteria. A third of the boys also had potentially neurodegenerative problems such as atrophy of the cerebellum.

What's still not clear is whether the disease limits the eventual lifespan of patients.

Many CS traits, including a very happy disposition, appear similar to those of another autism-like condition, Angelman Syndrome, but the study defines important differences.

Among the most important ones is that the two syndromes have distinct genetic underpinnings. In all CS cases, said Morrow who treats autism patients at the E. P. Bradley Hospital in East Providence, boys have a mutation on the SLC9A6 gene on the X chromosome that disables production of a protein called NHE6 that is important for neurological development.

Girls, who have two X chromosomes, can also be carriers of CS mutations, but they appear to be affected differently and less severely or not at all, the study reports.

The connection to the SLC9A6 gene was first discovered in 2008. In analyzing the genomes of each patient and their parents in the new study, lead authors Matthew Pescosolido, a graduate student, and David Stein, a former undergraduate, found that each boy had only one mutation, but there were many different ones across the entire group. More often than not, they determined, the mutation was not inherited, but an unlucky "de novo" change that occurred in the affected boy. In two situations, boys in unrelated families happened to share the same mutation. These recurrent mutations suggest that there may be hotspots in the DNA for mutation at these sites, Morrow said, although further research will be necessary to sort this out.

"If we assume that between 1-3 percent of the world's population is diagnosed with an intellectual disability and approximately 10-20 percent of the causes are due to X-linked genes, then we can estimate that CS may affect between 1 in 16,000 to 100,000 people," Morrow and his co-authors wrote. Worldwide that frequency would add up to more than 70,000 cases. 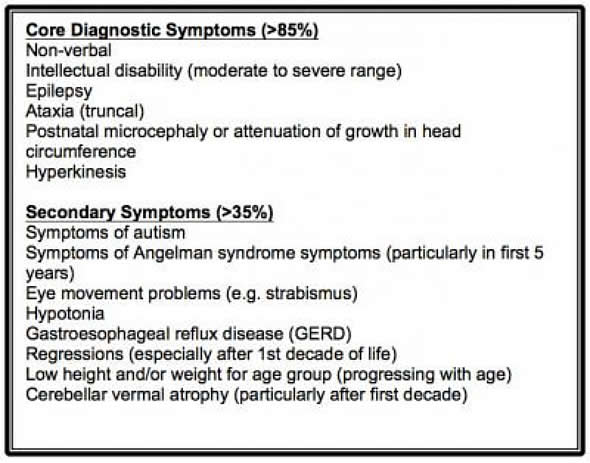 In a paper published last year, Morrow's research group found that NHE6 is underexpressed in the brains of many children with more general forms of autism. This potential connection suggests that learning about CS can help doctors and scientists learn about autism.

Similarly by studying the regression of walking and verbal skills among Christianson boys, Morrow said researchers could learn more about regressions in autism.

"Christianson syndrome, I hope will be a model," Morrow said. "If we could understand the biological mechanism that leads to that loss, and we can prevent it, by developing a treatment, then these kids will remain further ahead."

Such advances will require much more study, but Morrow said that by uncovering a variety of mutations that all lead to the disease, the study provides a wealth of new information for that work.