A next-generation brain implant currently in clinical use for treating refractory epilepsy – to help prevent symptoms including seizures – does not induce changes to patients’ personalities or self-perceptions, a new study of patient experiences shows.

The findings, published in the peer-reviewed journal AJOB Neuroscience, will help alleviate some ethical concerns that have been raised around closed-loop brain stimulation devices which could, in theory, have unintended effects on a person’s sense of self or personality. 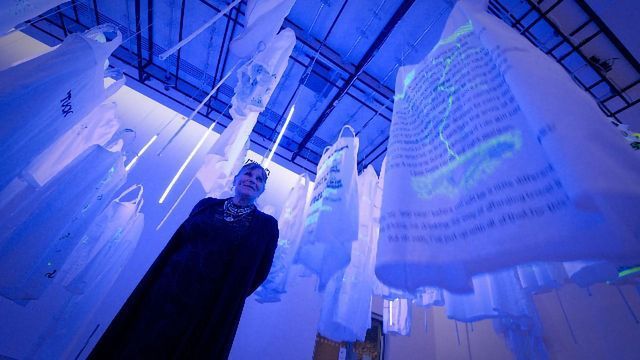 The Physicality of Consciousness and Self

END_OF_DOCUMENT_TOKEN_TO_BE_REPLACED

“Next-generation brain stimulation devices can modulate brain activity without human intervention, which raises new ethical and policy questions. But while there is a great deal of speculation about the potential consequences of these innovative treatments, very little is currently known about patients’ experiences of any device approved for clinical use,” said lead author Tobias Haeusermann of the University of California.

“This issue is becoming even more pressing, as several similar treatments are currently under development for several common neurological and psychiatric conditions, including depression, anxiety chronic pain, Alzheimer’s disease and ischemic stroke – offering the promise of effective new treatments for these debilitating illnesses.”

Closed-loop brain stimulation systems can monitor and decode brain activity and automatically adjust treatment – delivered through electrical pulses – based on internal software algorithms. These implantable devices may provide more precise and personalized treatment than ‘open loop’ systems, which have been used for decades to treat Parkinson’s disease and other conditions by applying consistent pre-programmed stimulation to targeted brain areas.

Epilepsy is a brain disorder that causes seizures and affects around three million US adults. Around one-third of people with the condition will eventually develop refractory epilepsy – which means that current medications don’t work well, or at all, at controlling their seizures. While brain surgery can be helpful, it isn’t suitable for all patients.

“We found that the brain implants did not transform patients’ sense of self or personality. Neither the long-term implantation of the electronic device in their brain, nor the electrical stimulation to modulate their brain function, led to changes in their self-perceptions – or the perceptions of the patient by family members and others around them,” said Haeusermann. “This is reassuring news for more than 3,000 patients with refractory epilepsy implanted with this device to date – as well as the many others who may consider this treatment as a way to prevent their seizures in the future.”

The results also highlighted the importance of evaluating the potential effects of brain stimulation in relation to patients’ previous neurological conditions and medications, which were recognized by both patients and family members as having a profound impact on their personality and self-perception.

The ability of next-generation brain stimulation devices to record, store and display brain data could also offer patients new ways of understanding and making sense of their illness. But the results of the study also indicated that if a patient’s experiences are not corroborated by the technology, they and others around them can begin to question their understanding of their illness.

“While patients generally valued the opportunity to view data collected by these devices, the process could also create uncertainties. Generating what appeared to be objective records of their illness might be interpreted as discrediting a patient’s own reports,” said Haeusermann. “Researchers may need to more carefully consider how patients will make meaning from data that are collected, stored and interpreted by these devices. Design choices such as user interface, options for data use and portability, and the degree of anticipated interaction with clinicians, may have unintended effects on how patients understand their brains and brain conditions.”

However, the authors noted that the brain implant used for these epilepsy patients does not have many of the more advanced functions that are envisioned for future devices. For example, these systems might be designed to exert effects specifically through programmed alterations to patients’ personalities and behaviors for treating psychiatric disorders.