A study examining the damage caused to nerve cells by motor neuron disease (MND) has shown that by targeting these cells’ energy centers, called mitochondria, neuronal function can be restored.

The research, conducted by a team at the University of Edinburgh, has been published in the journal Acta Neuropathologica.1

The research team, led by Dr Arpan Mehta, alongside Dr Bhuvaneish Selvaraj and Professor Siddharthan Chandran, all based at the University of Edinburgh’s Euan MacDonald Centre for MND Research, focused their work on the axon of human motor neurons. This is the region of a motor neuron that conducts electrical signals released by the brain and carries them to the body part they are intended for. In some human motor neurons, the axon can be over a meter long. These processes are energy-guzzling, and that power is provided by mitochondria, known to generations of long-suffering biology students as the “powerhouses of the cell”.

The scientists noted that the axons of MND-affected neurons were shorter than normal, and their mitochondria were not as easily able to move around the cell as they were in healthy neurons.

Using stem cells taken from people who have a mutation in a gene called C9orf72 that is known to play a causal role in both the MND subtype ALS and frontotemporal dementia, Mehta and colleagues  created a stem cell model of MND, and sought to repair  these stricken neurons.

They first confirmed that the errors in axonal length and mitochondrial energy production identified in their stem cells were also present people with MND by examining post-mortem neural tissue (sections of central and dorsal spinal cord) donated to the Medical Research Council Edinburgh Brain and Tissue Bank.

In their stem cell models of MND, the team showed that by increasing the levels of a protein named PGC1α that regulates mitochondrial energy metabolism, the motor neurons’ function could be returned to healthy levels. 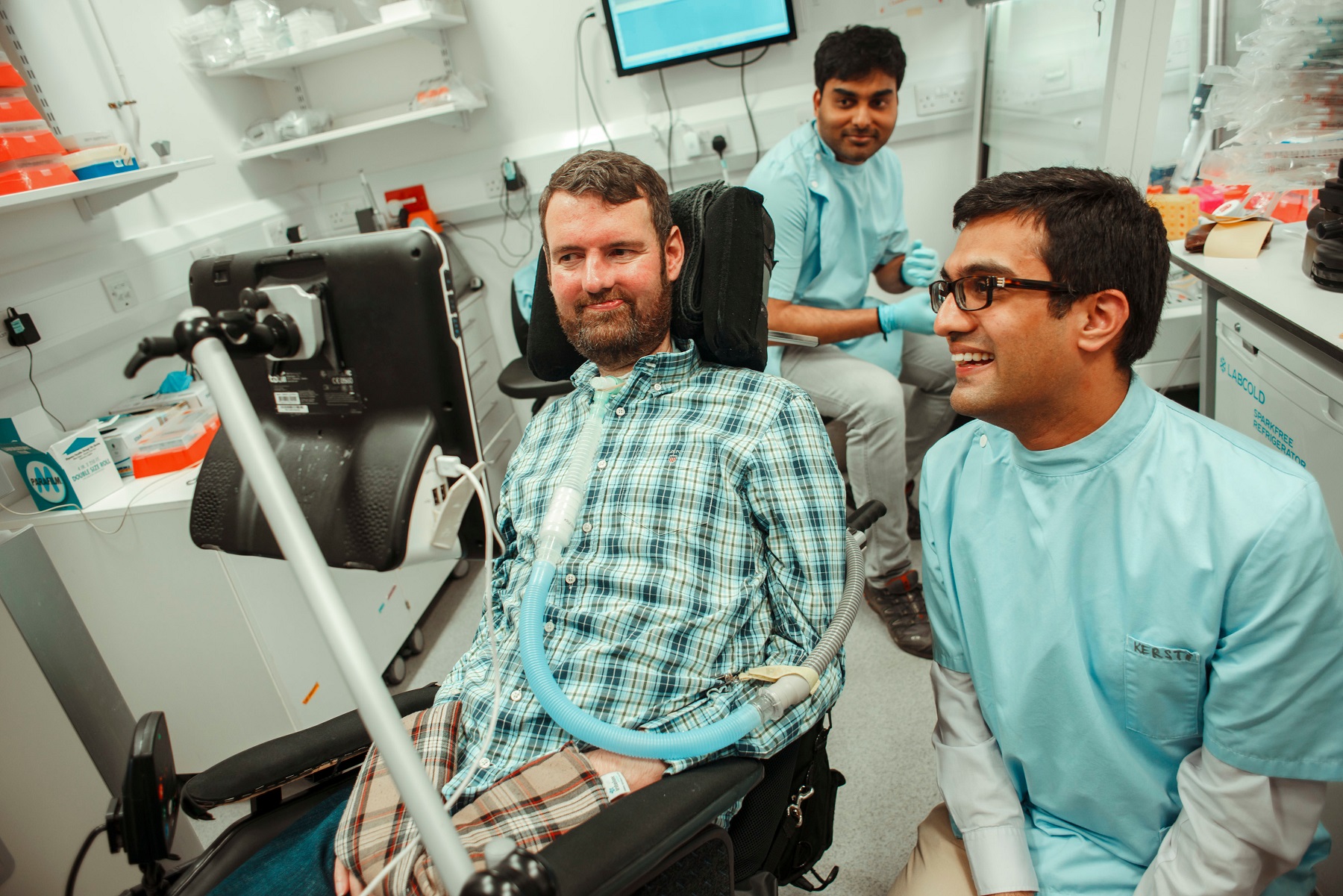 Dr Arpan Mehta, a PhD student at the University of Edinburgh, commented on the findings: “The importance of the axon in motor nerve cells cannot be understated [Updated January 25, 2021].

“Our data provides hope that by restoring the cell’s energy source we can protect the axons and their connection to muscle from degeneration. Work is already underway to identify existing licensed drugs that can boost the mitochondria and repair the motor neurons. This will then pave the way to test them in clinical trials.”

The team focused solely on the most common genetic form of ALS in their study and acknowledge that MNDs such as ALS are caused by a range of genetic and environmental factors. Nevertheless, they hope that their findings can be applied to other forms of the disease.

Correction: This article was updated on January 25, 2021 to amend a quote from Dr Mehta.
Meet The Author