Degeneration of the white matter of the brain may be an early marker of specific types of Alzheimer's disease (AD), including early-onset AD, according to results of a new study published in the journal Radiology.

"Alzheimer's is a gray matter disease," said Federica Agosta, M.D., Ph.D., co-author of the study conducted at the Neuroimaging Research Unit, San Raffaele Scientific Institute in Milan, Italy. "However, white matter damage has a central role in how the disease strikes and progresses."

AD is an irreversible, progressive brain disease that slowly destroys memory and thinking skills. The disease is characterized by abnormal deposits of proteins that form amyloid plaques and tau tangles throughout the brain and a loss of neurons that causes brain tissue to shrink over time. Where or how the disease begins is not completely understood.

Unlike late-onset AD that occurs after age 65 and is characterized primarily by progressive memory loss, patients with early-onset AD have impairment in several regions of the brain, including deficits in executive functioning and visuospatial abilities. Focal AD syndromes may cause visual disturbances or language deficits.

DTI, a specialized magnetic resonance imaging technique that uses the movement of water molecules to characterize the microstructure of biological tissues, is highly sensitive to white matter degeneration.

"Our goal was to use DTI to identify similarities and differences in white tract damage across the AD spectrum and in relation to patterns of cortical atrophy," Dr. Agosta said. 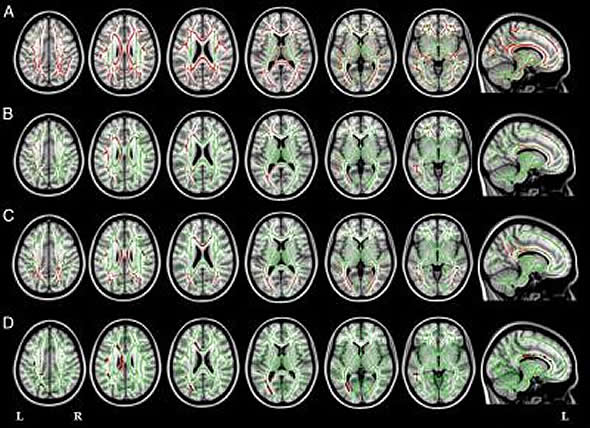 The researchers' analysis of the images revealed that all of the patients had extensive white matter damage, and showed regional gray matter damage.

"The white matter damage in patients with focal AD syndromes was much more severe and widespread than expected and cannot be explained solely by gray matter atrophy which was more localized," Dr. Agosta said. 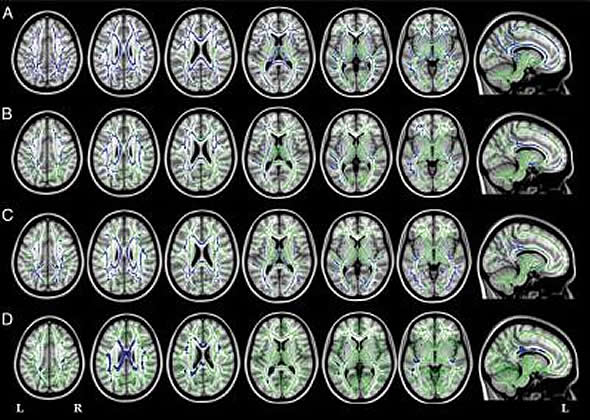 She said the team's findings support the theory that AD pathology may travel along white matter fibers from one region of the brain to another.

"In early-onset AD and atypical AD forms, white matter degeneration may be an early marker that precedes gray matter atrophy," Dr. Agosta said. "DTI has the potential to assess the extensive disorganization of brain networks in focal AD even before overt cognitive deficits become apparent."

"Because there is not much structural damage in the early stages of focal Alzheimer's disease, there is a risk that patients may be misdiagnosed and excluded from clinical trials," she said.