Complete the form below and we will email you a PDF version of "Microbiome Likely Not a Causal Factor for Autism, Suggests Largest Study"

A new study challenges the idea that autism spectrum disorder (ASD) may be causally influenced by childhood gut microbiota by deploying a powerful sequencing-based approach. The study suggests the reverse is true – a restricted diet in autism may instead alter the gut microbiota.

The microbiome is in vogue. Academic conferences are filled with new discoveries on how this community of microbes that call our bodies home may affect our health. Much of that excitement is warranted – new sequencing techniques have made it possible to interrogate in unprecedented depth the teeming life within our gastrointestinal (GI) tract. Many discoveries have revealed an incredible variation in bacterial species between individuals. The “Gut–Brain Axis” has become an especially popular topic. This suggests that links between microbiota in our gut (which contains its own branch of the nervous system) and our brain might explain some of the variation we see in our mental health.

The field has been further encouraged by the advent of “fecal microbiota transplants”, which aim to supplement an affected individual’s gut bacteria with species from a healthy volunteer by, to use formal scientific terminology, putting their poop into pills. Many brain conditions and diseases have proved so stubbornly resistant to treatment, their origins so slippery to pin down, that the idea that a simple tweak in the gut could provide a solution has proved a potent motivator for research.

In recent years, the influence of the gut–brain axis has been investigated in a dizzying range of conditions such as dementia, irritable bowel syndrome, arthritis, cardiovascular disease, and even mood disorders such as depression.

But a new study by researchers at Mater Research and the University of Queensland suggests that researchers formulating links between the microbiome and the neurodevelopmental condition ASD might have things somewhat back-to-front.

Many preceding studies in this niche, says Dr. Jake Gratten, head of the Cognitive Health Genomics group at the University of Queensland’s Mater Research Institute and the study’s senior author, have been underpowered and have lacked important controls. His team sought to remedy that. “There's a lot of hype around the idea that the gut microbiome can contribute to brain development and a diagnosis of autism. We wanted to cut through that hype and try to provide some clarity to the community by doing a larger and better-controlled study,” Gratten explains in an interview with Technology Networks.

To do so, the team recruited nearly 250 children, which Gratten says is one of the largest cohorts ever assembled for a study of the autism–microbiota link. The participants came from the Australian Autism Biobank (AAB) and Queensland Twin Adolescent Brain (QTAB) project. The study involved 99 children diagnosed with autism, 51 of whom had a paired non-autistic sibling in the study and 97 unrelated children without a diagnosis.

This study also used a powerful metagenomics sequencing approach, which previous studies had not routinely been able to adopt, says Gratten. Prior studies used 16S barcoding, a technique that only provided a limited insight into certain regions  of the complicated genomes of the microbiota. “We have finer taxonomic resolution, and we also have information that's functional – on what genes are present in the community as well. It's such a large number, in fact, it’s slightly too many for us to contemplate even doing an analysis at the gene level,” says Gratten.

No link between autism and microbiota

The team was assisted by protocols taken from a preprint*looking at the adult microbiota, which identified that the relationship between the types of species present in the gut and phenotypes – such as age, sex, diet and autism status – could be quantified by creating a “microbiome-association-index”, represented in the paper as a proportion. This is similar to heritability, which measures to what extent variation in traits can be explained by genetic variation.

The team showed that while links between the kids’ microbiota and both their diet and their stool consistency – here taken as a proxy for gut health in the absence of medical data – were strong, there was almost no direct link between microbiota diversity and their autism diagnosis. 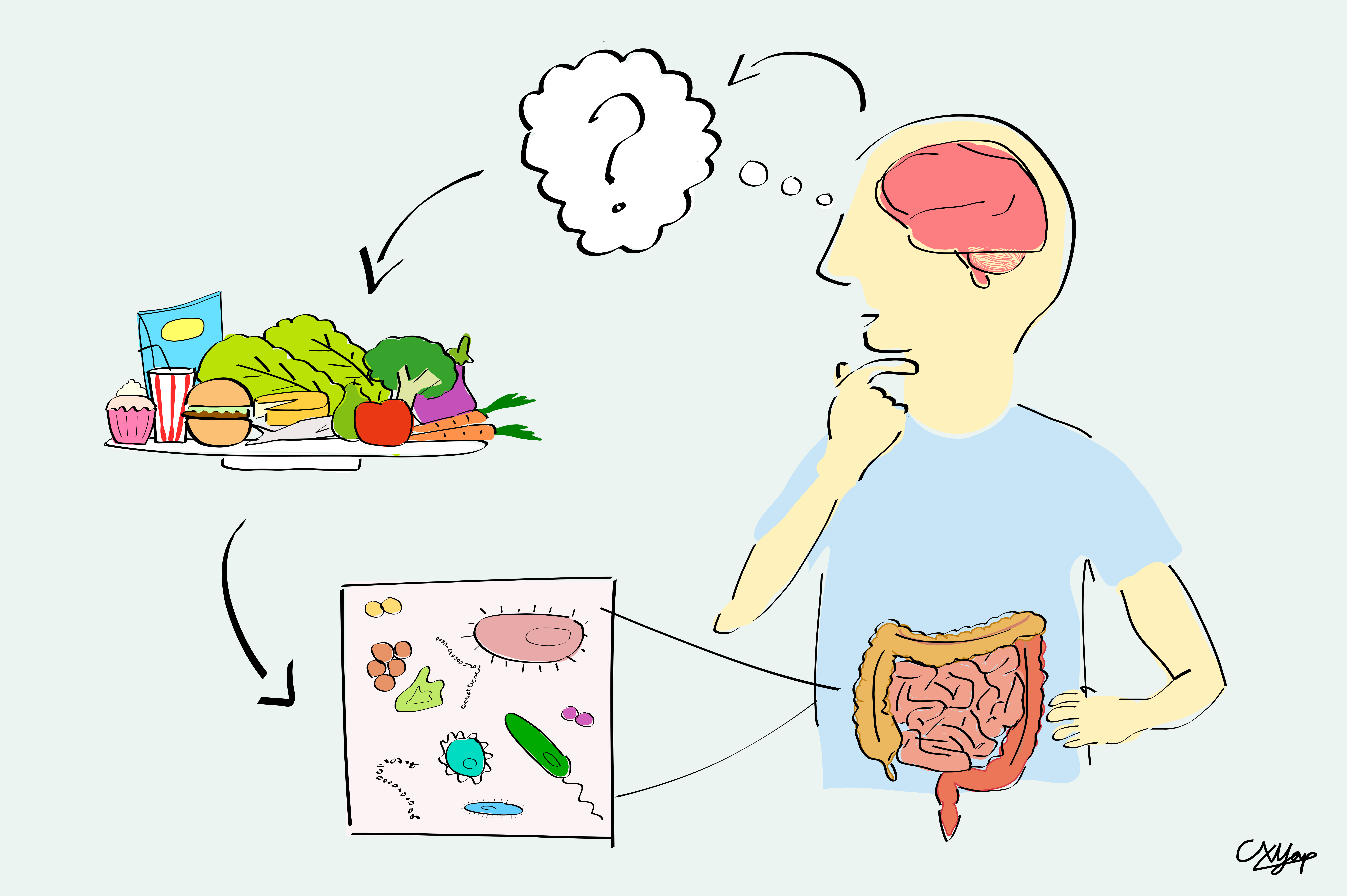 “Rather than the microbiome contributing to autism, really, it looks like it's the other way around; it's characteristics of autism that contribute to the microbiome,” Gratten explains. How might a condition like autism tweak kids’ gut bacteria? Gratten proposes an intuitive answer. “What we see is that autistic children are more likely to have a highly selective diet, consistent with the fact that children with a diagnosis are more likely to have some sensory sensitivities. If food doesn't smell great, or doesn't feel nice in your mouth, then you're less likely to eat that and more likely to focus on a smaller number of foods that you really enjoy. But it's really that restricted diet we see in autistic children compared to those without a diagnosis that appears to be driving the changes that we see in in the microbiome,” says Gratten.

The finding represents a blow against the idea that changing the microbiome might influence behaviors accompanying autism that might be beneficial to reduce, such as stress-induced self-harm. What will the impact of that finding be for autistic children and their families? Could we improve autism-related GI issues via their microbiome, not by changing their autism, but by compensating for their restricted diet? Gratten says more research is needed: “I think that's plausible. What we see is a pretty strong relationship between microbiome diversity and stool consistency, which is a proxy for these [GI] conditions. However, we didn't really have very good data on whether the children were suffering from constipation or diarrhea or some other kind of functional GI disorder. And so really, more research is needed.”

A gut feeling about microbiota research

Could these findings have implications for other branches of gut–brain research? Might other findings that suggest that, for example, depression could be treated by modulating the microbiome be based on an uncertain foundation of underpowered analysis? Gratten says that teasing out the answer will have to be a case-by-case process: “I think it's probably not the same story every time. I think for some conditions, it's kind of plausible that there might be more of a two-way relationship. On the other hand, I think where a diagnosis is plausibly related to diet, then I think the simplest and most parsimonious explanation is that behavior is probably influencing the microbiome in that instance.”

For Gratten and his team, the next steps are to verify the autism findings with a new data set. The ideal study, says Gratten, would have a longitudinal design, which means a cohort of volunteers is observed over time. Here, researchers could analyze the microbiome from young infants and see whether the early-life microbiome influences a subsequent diagnosis of autism. “We would like to know what's going on early in life. And see if that has anything to do with autism. I mean, my guess based on our analyses is that it doesn't have anything to do with autism. But that's the sort of study that might help” Gratten concludes.

* Preprints are versions of scientific papers that are yet to be peer-reviewed. Results are therefore regarded as preliminary and should be interpreted as such. Find out about the role of the peer review process in research here.
Related Topics
Microbiomes
Cryopreservation
Neurodegeneration
Next-Generation Sequencing
Meet the Author