Naps Hinder Learning in Children With Down Syndrome

A growing body of research has linked sleep with improved learning and memory consolidation in both children and adults. Yet, a new study done at the University of Arizona shows that napping may not be universally beneficial.

Researchers found that while napping can help young, typically developing children learn, it may have the opposite effect in children with Down syndrome — a population in which memory difficulties and sleep disorders are common.

The findings, published in Proceedings of the National Academy of Sciences, are among the first to show that naps may actually increase memory loss in certain populations.

"In children with Down syndrome, there's something about having a nap right after learning that seemed to keep them from retaining information as well, which is totally different than what happened in typically developing children, who benefitted from that nap," said Jamie Edgin, UA associate professor of psychology and senior author of the PNAS paper.

The study's first author, Goffredina Spanò, who worked on the research as a doctoral student in the UA Department of Psychology, visited young study participants in their homes, where she and her research team taught the children new words paired with pictures of novel objects. The words, such as "tobe," "wame," "bope" and "neek," were invented by researchers in order to ensure they were unknown to all participants, but they were designed to structurally mimic words one might encounter in the English language.

The typically developing children retained the new words better four hours and 24 hours after learning them if they took an approximately 90-minute nap shortly after the learning took place. If the children with Down syndrome napped after learning the words, retention was much worse at the four-hour and 24-hour intervals than if they didn't nap.

More research is needed to understand why naps affect learning differently in the two populations, but rapid eye movement, or REM, sleep may play a role, Edgin said. An increasing amount of literature has shown that REM sleep, which is reduced in Down syndrome, may work in concert with slow-wave sleep, which is the deepest phase of non-REM sleep, to help consolidate memories.

Down syndrome is often accompanied by significant sleep challenges, including sleep apnea and difficulty transitioning between different sleep stages. In the current study, 44 percent of children with Down syndrome did not enter into REM sleep at all during their naps, while only about 6 percent of typically developing children failed to get to REM sleep. The researchers studied sleep stages during the nap by performing home-based polysomnography, which records biophysiological changes that occur during sleep. They measured overall sleep quality via a wrist-worn activity monitor and sleep logs kept by the children's parents.

"There might be something about getting too little REM sleep and not completing that REM stage that could be related to difficulties with retention," Edgin said. "There are some recent studies that suggest that people show poorer retention if they get just a little bit of REM than if they get a whole REM cycle. More work needs to be done, but REM sleep is definitely something to consider."

All of the children in the study were habitual nappers, meaning they regularly napped at least four times a week. The tests were conducted in the children's homes, with their regular napping schedules considered.

"We were very careful not to sleep deprive the children, so the wake condition was done during a time when they wouldn't usually nap," said Spanò, who earned her doctorate in psychology from the UA in 2016 and is now a postdoctoral researcher at the University College London. "We were also trying to assess sleep in a more ecological way in a natural and familiar environment — their homes — instead of being in a lab where they might not feel as comfortable."

The researchers' findings could have implications for pharmaceuticals and other interventions being developed for individuals with Down syndrome, said Edgin, who also serves as co-director of the UA's Cognition and Neural Systems Program and director of the Memory Development and Disorders Lab. 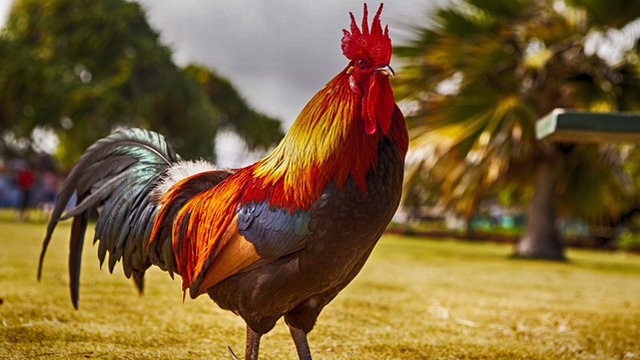 END_OF_DOCUMENT_TOKEN_TO_BE_REPLACED

"Clinical trials often don't consider sleep as an important factor in the trial design," said Edgin, who was awarded the UA's Koffler Prize this year for her outreach to the developmental disabilities community, related to her research. "If we can show that children learn differently when they nap, it shows how important healthy sleep really is."

More research is needed to understand the study's results and to explore whether there are physical benefits of naps that could outweigh cognitive differences, Edgin said. Meanwhile, her lab is continuing work on an ongoing project to restrict naps in children with Down syndrome as one possible intervention.

This article has been republished from materials provided by the University of Arizona. Note: material may have been edited for length and content. For further information, please contact the cited source.