The Allen Institute for Brain Science, a division of the Allen Institute, today announced the launch of OpenScope, a project that will give researchers around the world access to the Institute's "observatory of the mind" to study the activity of hundreds to thousands of nerve cells in the visual cortex of the mouse. OpenScope was modeled after shared astronomy observatories that have been the seat of major findings about the physical universe.

"We seek to do the same in neuroscience, where we now have a brain-based observatory. What we're doing here has never been done before," said Christof Koch, Ph.D., Chief Scientist and President of the Allen Institute for Brain Science. "Rather than peering out at the blackness of the sky, we are peering inward at the brain, and we are doing it in such a way that the data is reliable, statistically valid and openly accessible."

OpenScope is a project that opens the Allen Brain Observatory, which was launched in 2016, to researchers outside the Allen Institute. The observatory is a standardized, high-throughput experimental platform built and run by a team of nearly 100 different experts with the common goal of understanding how the brain works by watching its neurons and circuits in action.

Currently, the observatory is focused on the mouse visual system. To run experiments, researchers show the rodents different images or movies and record cellular activity from the animals' visual cortex in six different areas. Data collected from more than 65,000 different neurons has been deposited in a publicly accessible database.

External researchers are already using the data generated from the observatory's experiments and publishing studies based on their analyses, but Koch and his colleagues now want to allow other researchers to propose and lead their own experiments on the platform. Through OpenScope, scientists can propose research projects related to the visual system, which are then reviewed by a scientific committee. Once proposals are selected, Allen Institute experts run their experiments and provide the data and metadata for analysis directly to the lead researchers at the external universities or companies.

"With OpenScope, we are pioneering a model where scientists can focus on the science rather than on learning and mastering a number of different experimental techniques," said Jérôme Lecoq, Ph.D., Senior Manager of Optical Physiology at the Allen Institute for Brain Science. "Our goal is to build a complimentary path to the existing academic model in the pursuit of knowledge." 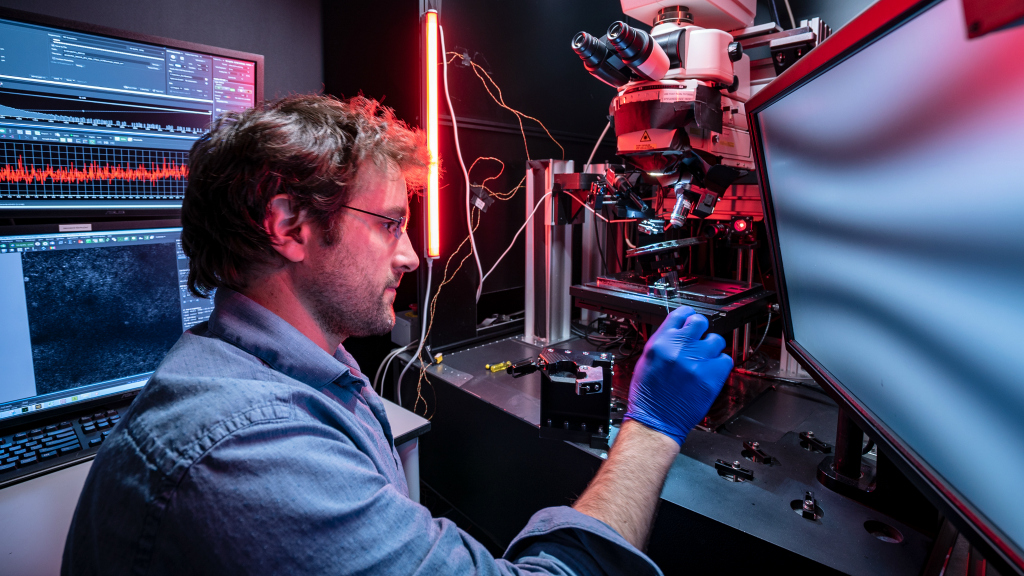 In setting up OpenScope, Lecoq, Koch and their colleagues consulted with leaders in shared astronomy observatories, in particular Hilton Lewis, Director of the W. M. Keck Observatory on Maunakea, Hawaii, to best capture successes from the physical sciences in this new neuroscience platform. The field of astronomy has greatly benefited during its shift from individual laboratories to a more structured and open approach, Lewis said.

"Astronomy has made the transition over the past several decades, and the explosion of fundamental new science is stunning," he said. "OpenScope is poised to take this very step. In the years ahead, OpenScope will be seen as the 'observatory of the brain' that created the path to a future filled with discovery. It is as revolutionary in its way as the great astronomical observatories of the past 30 years."

Three research projects addressing questions about the visual system have been accepted for 2018, fully funded by the Allen Institute, and data collection is currently underway. These projects were proposed by research teams comprised of external and internal researchers from academia, industry and nonprofit sectors.

University of Montreal machine learning Professor Yoshua Bengio, Ph.D., is part of a team conducting an OpenScope project aimed at understanding how learning in the visual system is coordinated between different parts of the brain, and how deep learning principles unearthed by the artificial intelligence community may have parallels in the mammalian brain. The project is led by University of Colorado Assistant Professor of Physiology and Biophysics Joel Zylberberg, Ph.D. Additional collaborators include DeepMind Research Scientist Tim Lillicrap, Ph.D., and University of Toronto Scarborough Assistant Professor Blake Richards, Ph.D.

"The unique computerized facilities of OpenScope will help to explore how rodents learn when faced with unexpected circumstances," Bengio said. "I believe this is just the beginning of a very exciting venture to make better sense of the learning principles in the brain at the network level."

The other two projects underway are:

This article has been republished from materials provided by Allen Institute for Brain Science. Note: material may have been edited for length and content. For further information, please contact the cited source.