New Research Worth 'Bragging' About

Published: October 24, 2019
| Original story by the University of Missouri
News

New Research Worth 'Bragging' About

On a first date, people focus on making a good first impression. But when someone brags about themselves constantly, that person is often exhibiting some level of arrogance.

Throughout history, cultures and academia have described arrogance in different ways, such as ancient mythology when King Xerxes’ fleet was ruined by his overconfident assessment of his force compared to the Greeks. Now, a team of psychology researchers at the University of Missouri is providing one of the first comprehensive literature reviews on arrogance, as well as a way to classify the condition on different levels across a spectrum, similarly to how autism is diagnosed. Nelson Cowan, a Curators Distinguished Professor of Psychological Sciences in the MU College of Arts and Science, organized a team of graduate students and two postdoctoral fellows to complete this project, something he had been working on for his entire career.

“We were surprised at the limited amount of modern research we found on arrogance,” Cowan said of the group’s findings. “Furthermore, we found it didn’t all come from one specific area. So we created a one-stop resource to inspire further research, including, but not limited to, possible medical diagnoses of personality disorders.”

The team acknowledges everyone seems to have some degree of arrogance, so in addition to the literature review, the researchers suggest a way to classify the different levels of arrogance a person could exhibit. The team devised a system that identifies three types of arrogance:

Individual arrogance — an inflated opinion of one’s own abilities, traits or accomplishments compared to the truth

Comparative arrogance — an inflated ranking of one’s own abilities, traits or accomplishments compared to other people.

Antagonistic arrogance — the denigration of others based on an assumption of superiority.

The three levels provide a foundation for how arrogance could be described in the future. 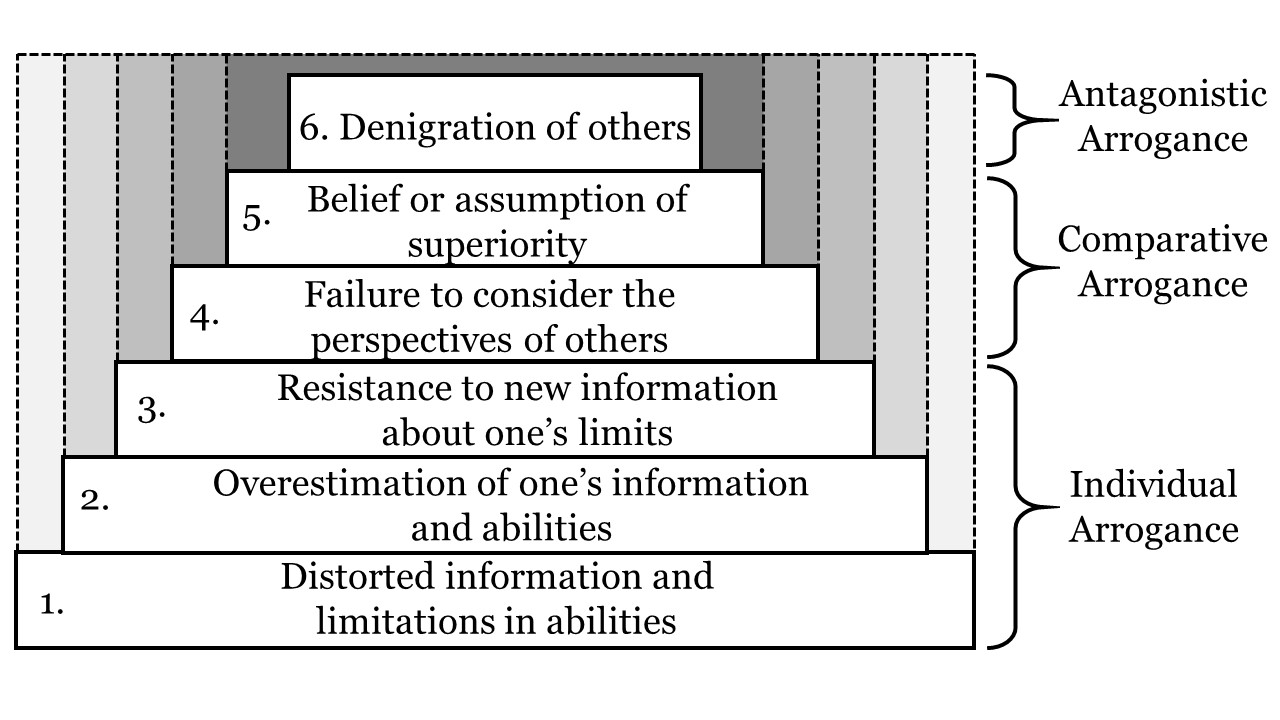 The research team devised a system that identifies three types of arrogance. Credit: University of Missouri

“Our system cannot offer a complete scientific understanding, rather it is intended to provide an analytical perspective on arrogance to help guide future psychological research,” Cowan said. “It could be applied to all types of relationships, such as interpersonal relationships, or even dialogues between nations and political groups.”