Complete the form below and we will email you a PDF version of "Novel biomarker predicts febrile seizure-related epilepsy, study finds"

Noninvasive diagnostic technique could greatly enhance use of preventive therapies

A newly discovered biomarker – visible in brain scans for hours after febrile seizures – predicts which individuals will subsequently develop epilepsy, according to UC Irvine researchers. This diagnostic ability could lead to improved use of preventive therapies for the disorder.

A team led by Dr. Tallie Z. Baram found that rats exhibiting this novel signal in magnetic resonance imaging scans of their brains manifested symptoms of epilepsy months after experiencing very long febrile seizures. Those that did not possess this biomarker remained free of the disorder. The study appears in the June 25 issue of The Journal of Neuroscience.

Up to 40 percent of children who have fever-related seizures lasting more than 30 minutes (known as febrile status epilepticus) will eventually develop epilepsy. However, it has not been possible to predict early on who will get the disorder, which can arise 10 or more years later.

ManKin Choy, a postdoctoral scholar in Baram’s group, induced long febrile seizures in young rats. The rodents had brain scans after two, four and 18 hours, then were allowed to grow and evaluated for the emergence of epilepsy. Choy identified a new type of signal in certain parts of the brain in some post-seizure rats, and these same ones developed epilepsy after several months.

“We were stunned to find that specific regions of the brain in rats ‘destined’ to become epileptic were ‘lighting up’ so early,’’ said Baram, the Danette Shepard Chair in Neurological Studies. “The signal indicating which rats would go on to have spontaneous epileptic seizures months later was in brain regions known to be involved in temporal lobe epilepsy, which is the type of the disease associated with long febrile seizures in children.”

“This remarkable discovery led us to ask two key questions,” she added. “First, can we figure out what is going on in the brain that causes this new signal? And second, can we detect a similar predictive signal in children?” 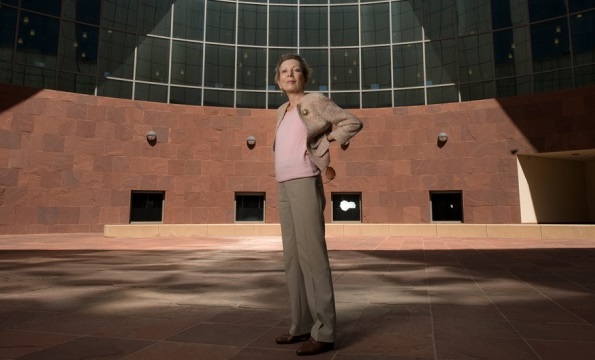 Team members investigated the origin of the brain scan signal. They learned that it arose because the rodents’ brains were consuming more energy and utilizing much more of the oxygen in the cerebral blood.

UC Irvine doctoral student Katelin Patterson set out to determine which brain processes were responsible for this phenomenon and found that they included early signs of brain inflammation. This suggests that inflammation might contribute to the development of epilepsy in children after febrile status epilepticus.

The group then learned that the novel epilepsy-predicting signal, originally observed via high-powered laboratory brain scans, could also be detected with the conventional scanners employed in hospitals to image the brains of children.

“These discoveries are very important, because a significant proportion of temporal lobe epilepsy arises in children with febrile status epilepticus. However, the use of preventive therapies has been hampered by the inability to identify early the FSE individuals who will develop epilepsy,” Baram said. “Finding a predictive signal with clinically applicable, noninvasive brain scans holds promise for predicting epilepsy after FSE in children as well [as in rats].”

Temporal lobe epilepsy is a type of the disorder that’s often difficult to control. Epilepsy affects 1 percent of all Americans. The random seizures and often-associated learning and emotional problems can interfere with daily life and exact huge psychological and financial tolls. Preventing the disorder would be a major advance in human health.

“This promising study raises the possibility of identifying children who might be at the highest risk of long-term injury,” said Brandy Fureman, program director at National Institute of Neurological Disorders and Stroke. “It also may help scientists develop effective ways to prevent brain injury after febrile status epilepticus.”