In the process of fetal brain development, neural stem cells generate both neurons and astrocytes. Neurons are formed first (left) and astrocytes later (right). The present study has revealed the cell fate switch from neurons to astrocytes to be FGF signaling. Credit: Kanazawa University 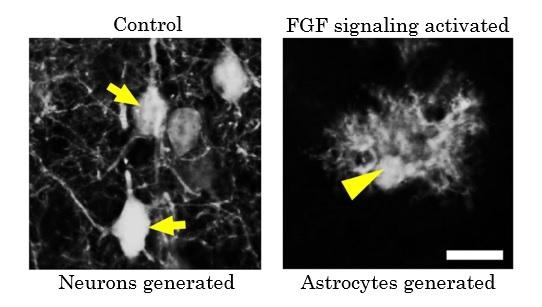 The research group at Kanazawa University show that the switch determining the fate of two types of cells in the cerebral cortex generated from neural stem cells is based on the FGF signaling pathway. More specifically, it was found that enhancement of FGF signaling by introducing FGF in the cerebral cortex caused cells destined to become neurons to be differentiated into astrocytes. On the other hand, suppression of FGF signaling caused cells destined to become astrocytes to be differentiated into neurons. The present study has thus elucidated the mechanism responsible for determining the correct numbers of neurons and astrocytes during development of the fetal brain. 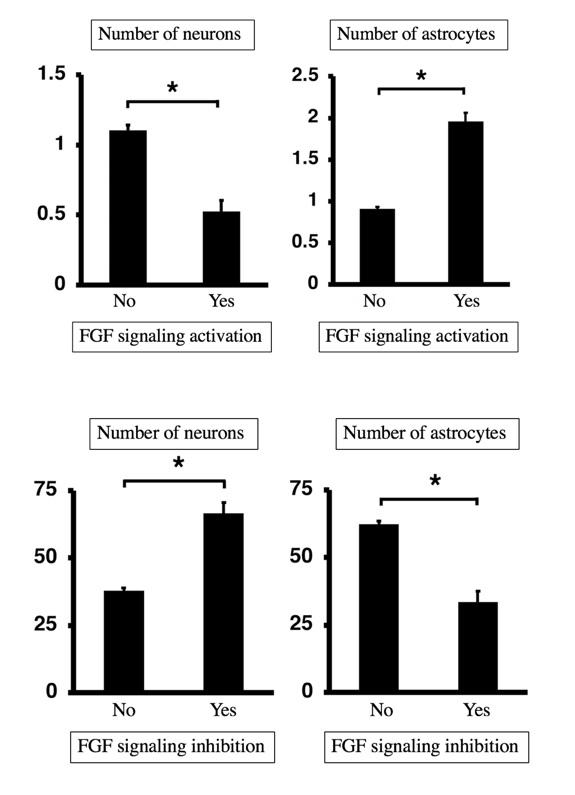 The research group has discovered the switch that determines the fate of cells in the developing cerebral cortex generated from neural stem cells, i.e. neurons and astrocytes; this switch involves the FGF signaling pathway. This may be relevant for understanding the pathology of brain disorders caused by unbalanced numbers of neurons and astrocytes by determining which disorders are based on abnormal FGF signaling.