Cells are powered by tiny energy reactors called mitochondria. When damaged, they leak destructive molecules that can cause substantial harm and eventually kill brain cells. Scientists at the National Institutes of Health’s National Institute of Neurological Disorders and Stroke (NINDS) showed that a protein called PINK1 that is implicated in Parkinson’s disease is critical for helping cells get rid of dysfunctional mitochondria.

According to the new research, published in the journal Nature, PINK1 does this by triggering an intricate process called mitophagy that breaks down and removes damaged mitochondria from the cell.

“PINK1 is a flag of damaged mitochondria,” said Richard Youle, Ph.D., the head of the Biochemistry Section of NINDS and the study’s senior author. “It identifies which mitochondria need to be eliminated to keep cells healthy.” 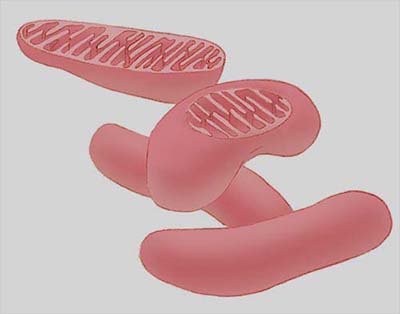 Mutations in PINK1 and its partner molecule Parkin cause hereditary forms of Parkinson’s disease. Moreover, the inability to remove defective mitochondria from nerve cells has been linked to numerous neurodegenerative diseases, including the more common forms of Parkinson’s disease and amyotrophic lateral sclerosis (ALS). Scientists previously considered Parkin essential to destroying damaged mitochondria, but Dr. Youle’s team discovered that PINK1 can initiate this process without Parkin.

“This changes the model we had previously, and relegates Parkin to an amplifier that increases the mitophagy signal triggered by PINK1,” Dr. Youle said.

When the researchers created cells that contained no autophagy receptors, they found that the cells could not dispose of malfunctioning mitochondria. However, when the group restored the function of either Optineurin or NDP52, the cells regained this ability. Reinstating other autophagy receptors had little or no effect.

“Knowing that Optineurin and NDP52 are the primary autophagy receptors involved in this process can inform us about the cause of different human diseases,” Dr. Youle said. “For example, Optineurin is mutated in ALS and also in certain forms of glaucoma, whereas NDP52 is known to be mutated in Crohn’s disease. This suggests that problems with mitophagy may be involved in those diseases.”

This work was supported by the NINDS Division of Intramural Research.