Published: June 7, 2018
| Original Story by Laurie Fickman for the University of Houston
News

A protein in the brain that binds to alcohol could be the key to curing alcoholism, reports UH College of Pharmacy medicinal chemist Joydip Das in eNeuro, a journal of the Society for Neuroscience. The protein, called MUNC 13-1, plays a pivotal role in the development of tolerance to alcoholism according to Das.

“Addiction to alcohol remains one of the most significant mental health problems throughout the world.  A major challenge is to understand how ethanol, or alcohol, changes behavior and the brain during the descent into addiction,” Das reported.  Developing tolerance is a critical step in that descent. 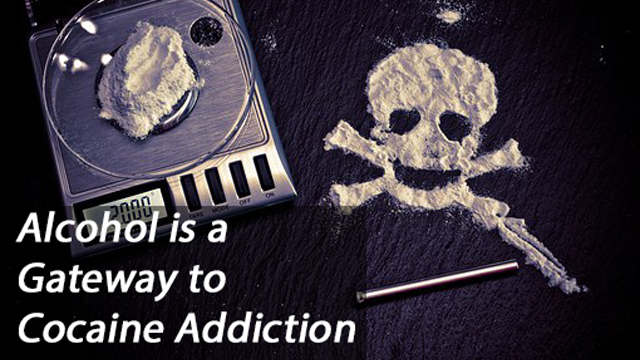 Alcohol is Gateway Drug to Compulsive Cocaine Use

END_OF_DOCUMENT_TOKEN_TO_BE_REPLACED

“If a person becomes tolerant of one drink, he will have another and maybe another. If we could stop alcohol from binding into MUNC 13-1 it will help problem drinkers in reducing tolerance. If we can reduce tolerance we can reduce addiction,” said Das whose study focuses on binge alcohol exposure.

The process of MUNC 13-1 binding to alcohol takes place in a brain synapse, where one nerve cell, or neuron, passes a signal to another. Specifically, the binding takes place in the presynaptic space, a much understudied portion of the synapse mechanism.

Thus far the work has been done using the Drosophila genetic model system, which offers a simple model, but various similarities. Their activating protein is called Dunc13, the equivalent to MUNC 13-1.

“Reduction in Dunc13 produces a behavioral and physiological resistance to sedative effects of ethanol,” said Das. That makes  MUNC 13-1 an important target for developing drugs. “We need to develop a pill that would inhibit alcohol binding to MUNC 13 and reduce its activity. Based on our results so far, this would likely reduce the formation of tolerance, making it harder to become addicted to alcohol,” said Das.

This article has been republished from materials provided by University of Houston. Note: material may have been edited for length and content. For further information, please contact the cited source.