Reacting to personal setbacks: Do you bounce back or give up?

Complete the form below and we will email you a PDF version of "Reacting to personal setbacks: Do you bounce back or give up?"

Sometimes when people get upsetting news – such as a failing exam grade or a negative job review – they decide instantly to do better the next time. In other situations that are equally disappointing, the same people may feel inclined to just give up.

How can similar setbacks produce such different reactions? It may come down to how much control we feel we have over what happened, according to new research from Rutgers University-Newark.

The study, published in the journal Neuron, also finds that when these setbacks occur, the level of control we perceive may even determine which of two distinct parts of the brain will handle the crisis.

"Think of the student who failed an exam," says Jamil Bhanji, a postdoctoral fellow at Rutgers and one of the study's co-authors. "They might feel they wouldn't have failed if they had studied harder, studied differently – something under their control." That student, Bhanji says, resolves to try new study habits and work hard toward acing the next exam. Functional magnetic resonance imaging (fMRI) used in the study showed activity in a part of the brain called the ventral striatum – which has been shown to guide goals based on prior experiences.

A different student might have failed the same test, but believes it happened because the questions were unfair or the professor was mean, things that he could not control. The negative emotions produced by this uncontrollable setback may cause the student to drop the course.

Overcoming those emotions and refocusing on doing well in the class may require a more complicated thought process. In cases like this, fMRI revealed that activity in the ventromedial prefrontal cortex (vmPFC), a part of the brain that regulates emotions in more flexible ways, is necessary to promote persistence. 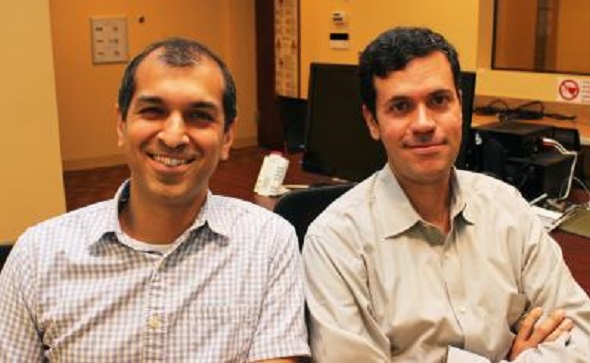 Mauricio Delgado, an associate professor of psychology and the study's other co-author, says people whose jobs include delivering bad news should pay attention to these results, because their actions might influence how the news is received.

"You may deliver the news to the student – no sugar coating, here's your setback," Delgado says. "But then you make an offer – 'would you like to review those study habits with me? I'd be happy to do it.' This puts the student in a situation where they may experience control and be more likely to improve the next time." This approach, says Delgado, who is on the faculty of Rutgers' Newark College of Arts and Sciences, may be far more constructive than curtly delivering a bad grade.

Bhanji says lessons from the study may even guide certain people toward giving up too soon on careers where they could do well. "We wonder why there are fewer women and minorities in the sciences, for example," he explains. "Maybe in cases like that it's fair to say there are things we can do to promote reactions to negative feedback that encourage persistence."

That is not to say everyone should persist. "There are times," Delgado adds, "when you should not be persistent with your goals. That's where the striatal system in the brain, which can be a source of more habitual responses, may be a detriment. You keep thinking 'I can do it, I can do it.' But maybe you shouldn't do it. During these times, interpreting the setback more flexibly, via the vmPFC, may be more helpful."

As research continues, adds Bhanji, important areas to explore will include "figuring out when it's worth continuing to keep trying and when it's not."