In a report published in Nature Communications, an Ottawa-led team of researchers describe the role of a specific gene, called Snf2h, in the development of the cerebellum. Snf2h is required for the proper development of a healthy cerebellum, a master control centre in the brain for balance, fine motor control and complex physical movements.

Athletes and artists perform their extraordinary feats relying on the cerebellum. As well, the cerebellum is critical for the everyday tasks and activities that we perform, such as walking, eating and driving a car. By removing Snf2h, researchers found that the cerebellum was smaller than normal, and balance and refined movements were compromised. 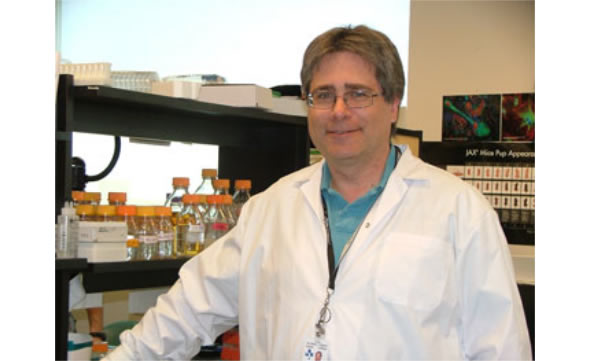 Led by Dr. David Picketts, a senior scientist at the Ottawa Hospital Research Institute and professor in the Faculty of Medicine at the University of Ottawa, the team describes the Snf2h gene, which is found in our brain's neural stem cells and functions as a master regulator. When they removed this gene early on in a mouse's development, its cerebellum only grew to one-third the normal size. It also had difficulty walking, balancing and coordinating its movements, something called cerebellar ataxia that is a component of many neurodegenerative diseases.

"As these cerebellar stem cells divide, on their journey toward becoming specialized neurons, this master gene is responsible for deciding which genes are turned on and which genes are packed tightly away," said Dr. Picketts. "Without Snf2h there to keep things organized, genes that should be packed away are left turned on, while other genes are not properly activated. This disorganization within the cell's nucleus results in a neuron that doesn't perform very well -- like a car running on five cylinders instead of six."

The cerebellum contains roughly half the neurons found in the brain. It also develops in response to external stimuli. So, as we practice tasks, certain genes or groups of genes are turned on and off, which strengthens these circuits and helps to stabilize or perfect the task being undertaken. The researchers found that the Snf2h gene orchestrates this complex and ongoing process. These master genes, which adapt to external cues to adjust the genes they turn on and off, are known as epigenetic regulators.

"These epigenetic regulators are known to affect memory, behaviour and learning," said Dr. Picketts. "Without Snf2h, not enough cerebellar neurons are produced, and the ones that are produced do not respond and adapt as well to external signals. They also show a progressively disorganized gene expression profile that results in cerebellar ataxia and the premature death of the animal."

There are no studies showing a direct link between Snf2h mutations and diseases with cerebellar ataxia, but Dr. Picketts added that it "is certainly possible and an interesting avenue to explore."

In 2012, Developmental Cell published a paper by Dr. Picketts' team showing that mice lacking the sister gene Snf2l were completely normal, but had larger brains, more cells in all areas of the brain and more actively dividing brain stem cells. The balance between Snf2l and Snf2h gene activity is necessary for controlling brain size and for establishing the proper gene expression profiles that underlie the function of neurons in different regions, including the cerebellum.