With increasing concern about concussions from sports, some players have started wearing electronic sensors to measure head impacts.

But a new study by Washington State University (WSU) researchers has found that some of the sensors for non-helmeted sports are not fast enough to measure hard hits and don't accurately measure what are thought to be the most serious, angular hits. They report on their work online in the journal Procedia Engineering. 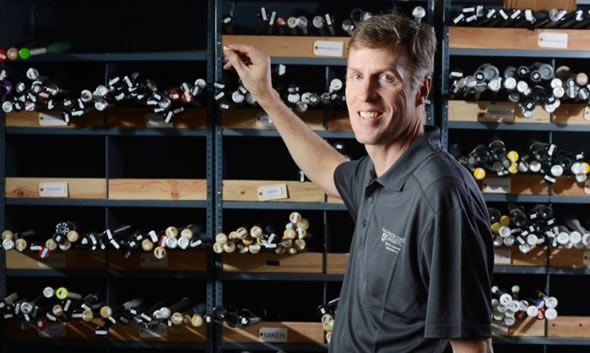 "Concussions are a really challenging problem,'' said Lloyd Smith, professor in the Voiland College's School of Mechanical and Materials Engineering and director of WSU's Sports Science Laboratory. "What we're worried about is what's going on with the brain, but we don't have brain sensors that we can plug into. The closest thing is to see what is happening to the skull. That's what these sensors are trying to do.

"The message is that you have to be careful with these sensors," he said. "They may not work for every type of impact.''

The laboratory is the official baseball bat-testing facility for the NCAA and one of the premier labs in the nation for exploring the physics of bats, balls and, recently, the interplay of balls and the human head.

Most head-impact sensors have been developed within the past five years, and many college-level football teams have their players wear them. When a player receives a hard hit, the sensor records it and alerts trainers.

Researchers are also using data they're collecting from the sensors to improve their understanding about sports-related head trauma. They have found that the helmeted sensors accurately measure hits.

Less commonly used are non-helmeted wireless sensors, which are affixed to headbands, mouth guards, adhesive patches or within an earpiece that the player can wear for sports like soccer, women's lacrosse or softball.

In the study, the researchers attached the non-helmeted sensor to a head dummy. Using a pneumatic cannon, they fired lacrosse balls, soccer balls and softballs at it at different speeds. The researchers equipped the dummy with high-fidelity, wired accelerometers to collect data for comparison with feedback from the small, battery-powered sensor.

The researchers recorded 234 impacts, directing the balls at the dummy's chin and forehead. Ball speeds were similar to those found in game conditions, although the softball was projected at speeds slower than seen in fast-pitch competition to avoid damaging the dummy. The soccer ball was only directed at the forehead.

The researchers found that the non-helmeted sensors aren't able to accurately measure harder and faster hits, such as an impact from a hard-thrown softball. To measure the impact from a ball, the devices take a lot of measurements in rapid succession. The sensors were able to accurately see the hits from the softer, slower balls, but they couldn't take data fast enough to keep up with the faster hits.

When the impact is harder, the sensor missed the peak acceleration, which would have the highest potential for causing a concussion.

"The harder the ball, the less correlation we found,'' Smith said.

The researchers also found that the sensors did worse at measuring rotational than linear acceleration. Earlier work has found that most head injuries from sports come about from a hit that twists the head rather than a direct hit.

The researchers used a sensor with hardware specifications representative of most sensors of its kind. They are working with the sensor manufacturer and hope to do more studies that could lead to improvements. The manufacturer had no say in the study design or the interpretation of results.

"These sensors are one element in many ways to make sports safer,'' said Smith. "I'm optimistic that people are taking these injuries more seriously, and I think it's really encouraging in helping us better understand the effects and causes of concussions.''