By subjecting the skull of the first australopith discovered to the latest technologies in the Wits University Microfocus X-ray Computed Tomography (CT) facility, researchers are now casting doubt on theories that Australopithecus africanus shows the same cranial adaptations found in modern human infants and toddlers – in effect disproving current support for the idea that this early hominin shows infant brain development in the prefrontal region similar to that of modern humans.

The results have been published in Proceedings of the National Academy of Sciences (PNAS) in an article titled: New high resolution CT data of the Taung partial cranium and endocast and their bearing on metopism and hominin brain evolution.

The Taung Child has historical and scientific importance in the fossil record as the first and best example of early hominin brain evolution, and theories have been put forward that it exhibits key cranial adaptations found in modern human infants and toddlers.

To test the ancientness of this evolutionary adaptation, Dr Kristian J. Carlson, Senior Researcher from the Evolutionary Studies Institute at the University of the Witwatersrand, and colleagues, Professor Ralph L. Holloway from Columbia University and Douglas C. Broadfield from Florida Atlantic University, performed an in silico dissection of the Taung fossil using high-resolution computed tomography. 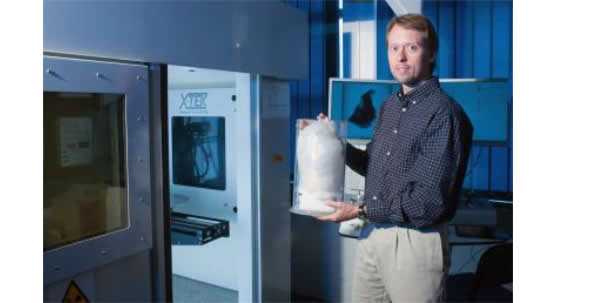 "A recent study has described the roughly 3 million-year-old fossil, thought to have belonged to a 3 to 4-year-old, as having a persistent metopic suture and open anterior fontanelle, two features that facilitate post-natal brain growth in human infants when their disappearance is delayed," said Carlson.

Comparisons with the existing hominin fossil record and chimpanzee variation do not support this evolutionary scenario.

Citing deficiencies in how the Taung fossil material has been recently assessed, the researchers suggest physical evidence does not incontrovertibly link features of the Taung skull, or its endocast, to early prefrontal lobe expansion, a brain region implicated in many human behaviors.

The authors also debate the previously offered theoretical basis for this adaptation in A. africanus. By refuting the presence of these features in the Taung Child, the researchers dispute whether these structures were selectively advantageous in hominin evolution, particularly in australopiths.

Thus, results of the new study show that there is still no evidence for this kind of skull adaptation that evolved before Homo, nor is there evidence for a link between such skull characteristics and the proposed accompanying early prefrontal lobe expansion, Carlson said.

University of the Witwatersrand   press release