Researchers from the University of Granada have shown that individual chronotype -- that is, whether you are a "morning-type" or an "evening-type," depending on the time of day when your physiological functions are more active -- markedly influences driving performance.

In an article published in Accident Analysis and Prevention, researchers from the Neuroergonomía research group of the University of Granada Mind, Brain and Behavior Center, analyzed the circadian (biological) rhythms in a sample of 29 University of Granada students with extreme chronotypes, selected from a database sample of over 500.

Circadian rhythms -- from the Latin circa, 'around', and dies, 'day' -- are differences in biological variables that occur at regular intervals, such as sleep and wakefulness. "As scientists we use the simile related with birds: we tend to compare early birds -- we call them sky larks -- with morning-type people, and night owls with evening-types," explains Ángel Correa, principal author of the study. The University of Granada team used a questionnaire to determine issues such as when participants were most energetic or what their sleeping habits were, and a driving simulator. So, both the morning- and the evening-types were made to drive at 8.00 in the morning and 8.00 in the evening. Then they compared their driving performance at their respective optimal and non-optimal times of day.

In the light of their results, the researchers suggest that businesses should test workers to determine whether they are morning- or evening-types and adapt work schedules to suit chronotypes. 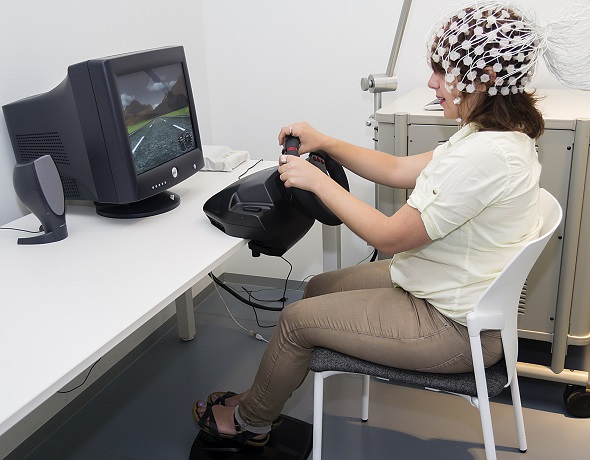 "A particular time of day can be a good or a bad time to perform these tasks as a function of the chronotype of the individual involved, although there are times that are bad for everyone, like siesta time or in the early hours between 3.00 and 5.00," he warns.

The University of Granada researchers warn that driving after more than 18 hours wakefulness -- say, at 2.00 in the early morning after waking at 8.00 the previous morning, which is quite common -- "entails the same level of risk as driving with the legal maximum level of blood alcohol, because our level of vigilance declines considerably."