A protein implicated in Alzheimer’s disease may also play a role in certain types of severe autism, suggests a study conducted in mice. The research, published in the journal Neuron, showed that a genetic reduction of the protein, tau, could alleviate abnormal brain function in mice with autistic symptoms. The study authors, based at the Gladstone Institutes, say that this therapy could prove to be the first disease-modifying treatment to suppress autism-related cognitive problems and associated epilepsy.

Epilepsy part of a complex syndrome

Technology Networks spoke to the study’s senior author, Dr Lennart Mucke, who is also the director of the Gladstone Institute of Neurological Disease, who explained that the research began with studies trying to understand why tau reduction could improve cognitive symptoms, such as epilepsy, in models of Alzheimer’s disease. “We then extended these studies into more severe forms of genetically-determined epileptic encephalopathy such as Dravet syndrome,” said Mucke.

Autism is a communicative disorder that exists as part of a wide clinical umbrella, now termed autism spectrum disorder (ASD). ASD can have very minimal impact on quality of life for many patients, but in other cases can cause severe intellectual disability, leaving people requiring daily care. It can also co-occur with symptoms like anxiety, ADHD, and epilepsy. Mucke is careful to explain that any “treatment” for autism would only be for people who need help with their symptoms. “We wouldn't want to necessarily pursue anything for people who are high functioning and happy with who they are,” Mucke said. “But situations where people are clearly suffering, that would be our target.”

Dravet syndrome is a particularly severe form of childhood epilepsy, where daily seizures can begin from just one month old. Crucially, explained Mucke, patients also show autistic symptoms. The team’s investigation in mouse models Dravet syndrome showed that seizures were almost entirely blocked by a reduction in tau levels. Mucke’s team then followed the trail – exploring whether other Dravet symptoms could be blocked. “Even a 50% reduction of tau very effectively prevented the emergence of the core symptoms of autism,” said Mucke.

Mucke’s team looked into why reducing tau, which has an important role in stabilizing connections between brain cells, would alleviate symptoms of severe autism. Their working theory is that tau interacts with a cellular pathway that has been heavily implicated in several forms of autism, the PI3K-Akt-mTOR pathway.

Tau, says Mucke, acts as a molecular brake that prevents the brain from stabilizing this pathway when autism-related molecular changes set it off balance. Reducing levels of tau seems to allow the brain to get the pathway back in check, via the activity of the enzyme PTEN.

A link between Alzheimer’s and autism?

So do these findings imply some kind of link between autism and Alzheimer’s disease? Mucke explains the clinical picture is fuzzy. “There seems to be something about the brain alterations in these conditions that sets the brain up for hypersynchronous network activity,” says Mucke. “Now, the intriguing question is whether that's just part of the disease manifestation or if it actually actively contributes to the emergence of cognitive impairments or behavioral alterations.” 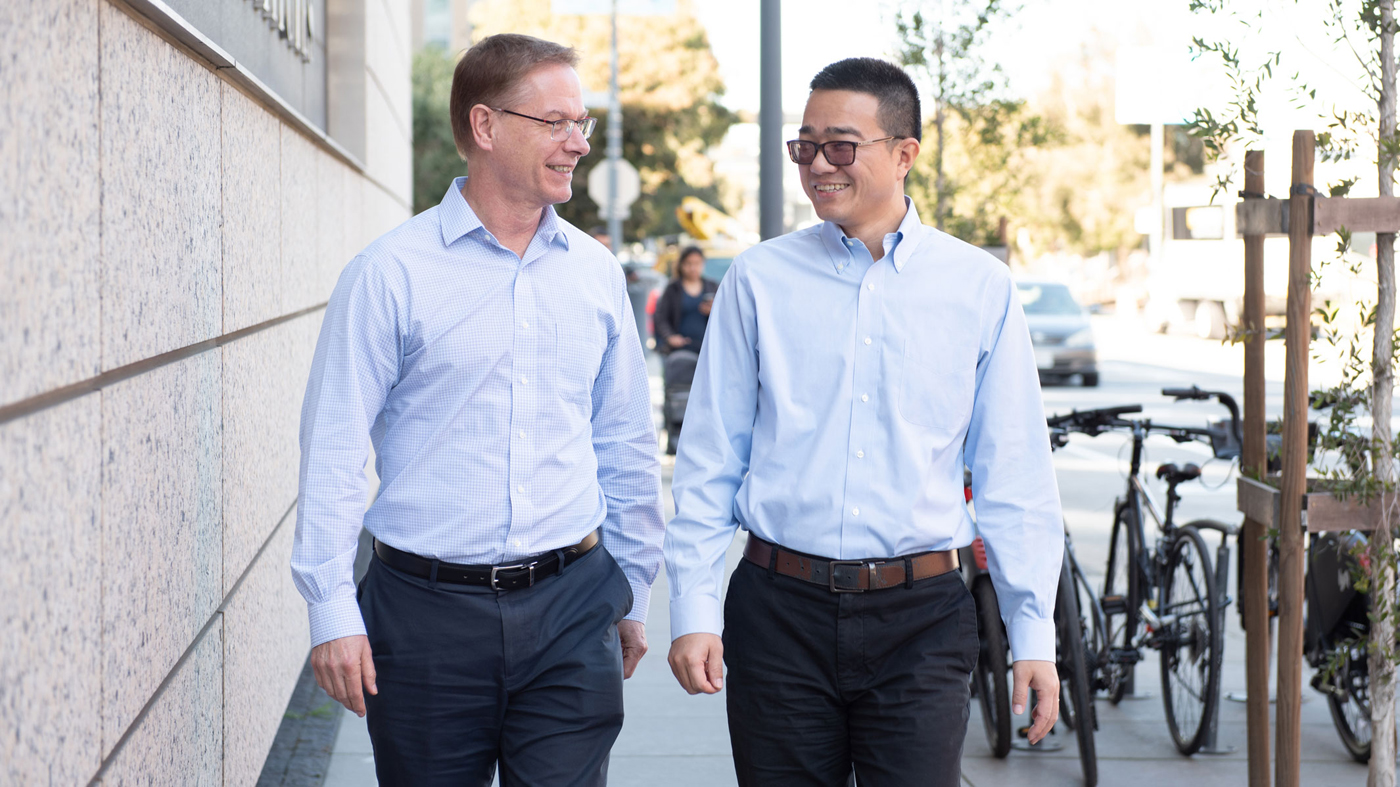 Mucke says that the link between autism and epilepsy could be caused by a third player – the malfunction of brain cells called interneurons. These cells exist as an intermediary between our sensory neurons and our brain, and Mucke says interneuron problems are implicated in Alzheimer’s disease too. Perhaps, he suggests, the root cause of the conditions is the same, but the readout is different when the developing brain is affected as opposed to the aging brain.

But many questions remain. All the lab’s work so far has been conducted in animal models, and even if results can be replicated in the human brain, the most important issue for Mucke is how an anti-tau therapy could be harnessed to prevent severe forms of autism. “This clearly is a disease-modifying treatment that prevents autism from emerging in the first place,” says Mucke. “The key question will be – we’re investigating this heavily at the moment – will tau reduction also reverse autistic symptoms? Or does it have to be implemented during critical phases of development?”

What Mucke has seen from his current data is that reductions in tau are well-tolerated by the mouse brain, despite the protein’s important role in neurons. The anti-tau treatment, rather than globally suppressing the PI3K pathway, seems to just dampen it down in cases where it is overactive. “One could imagine there is a path into the clinic for tau reducing drugs in the future,” says Mucke.

Whilst much more research will need to be done, the promise of this approach is undeniable. For Mucke, it could be a unique chance to target multiple aberrant processes that make life for individuals with disorders like Dravet syndrome so difficult, “It's really for the first time – an identification of a therapeutic strategy that can kill two birds with one stone. One is the autism and two is the associated epilepsy. We don't know of any other intervention that can prevent both of these.”

This article was updated March 3, 2020 to specify Dr Chao Tai as first author of the paper.