Computer bits are binary, with a value of 0 or 1. By contrast, neurons in the brain can have all kinds of different internal states, depending on the input that they received. This allows the brain to process information in a more energy-efficient manner than a computer. University of Groningen (UG) physicists are working on memristors, resistors with a memory, made from niobium-doped strontium titanate, which mimic how neurons work. Their results were published in the Journal of Applied Physics on 21 October.

The brain is superior to traditional computers in many ways. Brain cells use less energy, process information faster and are more adaptable. The way that brain cells respond to a stimulus depends on the information that they have received, which potentiates or inhibits the neurons. Scientists are working on new types of devices which can mimic this behaviour, called memristors.

UG researcher Anouk Goossens, the first author of the paper, tested memristors made from niobium-doped strontium titanate during her Master’s research project. The conductivity of the memristors is controlled by an electric field in an analogue fashion: ‘We use the system’s ability to switch resistance: by applying voltage pulses, we can control the resistance, and using a low voltage we read out the current in different states. The strength of the pulse determines the resistance in the device. We have shown a resistance ratio of at least 1000 to be realisable.’ Goossens was especially interested in the time dynamics of the resistance states.

Goossens observed that the duration of the pulse with which the resistance was set determined how long the ‘memory’ lasted. This could be between one to four hours for pulses lasting between a second and two minutes. Furthermore, she found that after 100 switching cycles, the material showed no signs of fatigue.

‘There are different things you could do with this’, says Goossens. ‘By “teaching” the device in different ways, using different pulses, we can change its behaviour.’ The fact that the resistance changes over time can also be useful: ‘These systems can forget, just like the brain. It allows me to us time as a variable parameter.’ In addition, the devices that Goossens made combine both memory and processing in one device, which is more efficient than traditional computer architecture in which storage (on magnetic hard discs) and processing (in the CPU) are separated.

Before building brain-like circuits with her device, Goossens plans to conduct experiments to really understand what happens within the material. ‘If we don’t know exactly how it works, we can’t solve any problems that might occur in these circuits. So, we have to understand the physical properties of the material: what does it do, and why?’

Questions that Goossens want to answer include what parameters influence the states that are achieved. ‘And if we manufacture 100 of these devices, do they all work the same? If they don’t, and there is device-to-device variation, that doesn’t have to be a problem. After all, not all elements in the brain are the same.’

This brain-like architecture for microelectronics is one of the topics of CogniGron, a new research institute at the Faculty of Science and Engineering. The institute is currently in the process of hiring 12 full professors and some 40 PhD students. It is an interdisciplinary institute, which is necessary for this type of research, says Goossens. ‘For example, I’m working on new materials, but I don’t know much about the learning algorithms that the systems that could be made from our devices would be able to run. This is where the multidisciplinary nature of CogniGron becomes crucial; for example, my co-promotor is Professor Lambert Schomaker from Artificial Intelligence.’

Anouk Goossens conducted the experiments described in the paper during a research project as part of the Master’s in Nanoscience degree programme at the University of Groningen. Goossens’ research project took place within the group of students supervised by Dr Tamalika Banerjee of Spintronics of Functional Materials. She is now a PhD student in the same group.

‘When I started my bachelor’s in physics, I initially considered pursuing theoretical physics, but we were introduced to a lot of new subjects in the first year. For example, I had never heard of spintronics before.’ The introduction to more applied subjects made Goossens change direction. ‘I love it when something I build comes to life. In theory, everything works, but when you start building, you run into all sorts of problems. That is a challenge I like!’ 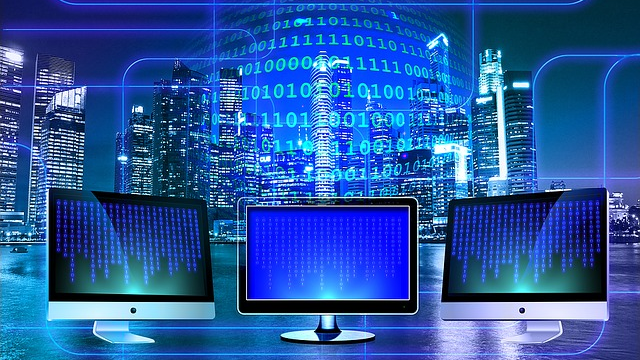 Can We Trust Digital Forensic Evidence?

END_OF_DOCUMENT_TOKEN_TO_BE_REPLACED

The experience in her Master’s research project gave Goossens a taste for more. ‘So, I welcomed the opportunity of four more years on a PhD project.’ In four years’ time, she hopes to have built a circuit by connecting a ‘fairly large number’ of the devices that she has made. ‘And I would like to run a self-learning algorithm on it.’ Goossens is not quite certain what she will do after finishing her thesis. ‘I like to take things one step at a time. Maybe I will continue in academic research, but I’m keeping all of my options open.’