A new class of illusion, developed by a visual artist and a psychology researcher, underscores the highly constructive nature of visual perception.

The illusion, which the creators label "Scintillating Starburst," evokes illusory rays that seem to shimmer or scintillate--like a starburst. Composed of several concentric star polygons, the images prompt viewers to see bright fleeting rays emanating from the center that are not actually there.

"The research illustrates how the brain 'connects the dots' to create a subjective reality in what we see, highlighting the constructive nature of perception," explains Pascal Wallisch, a clinical associate professor in New York University's Department of Psychology and Center for Data Science and senior author of the paper, which appears in the journal i-Perception.

"Studying illusions can be helpful in understanding visual processing because they allow us to distinguish the mere sensation of physical object properties from the perceptual experience," adds first author Michael Karlovich, founder and CEO of Recursia Studios, a multidisciplinary art and fashion production company. 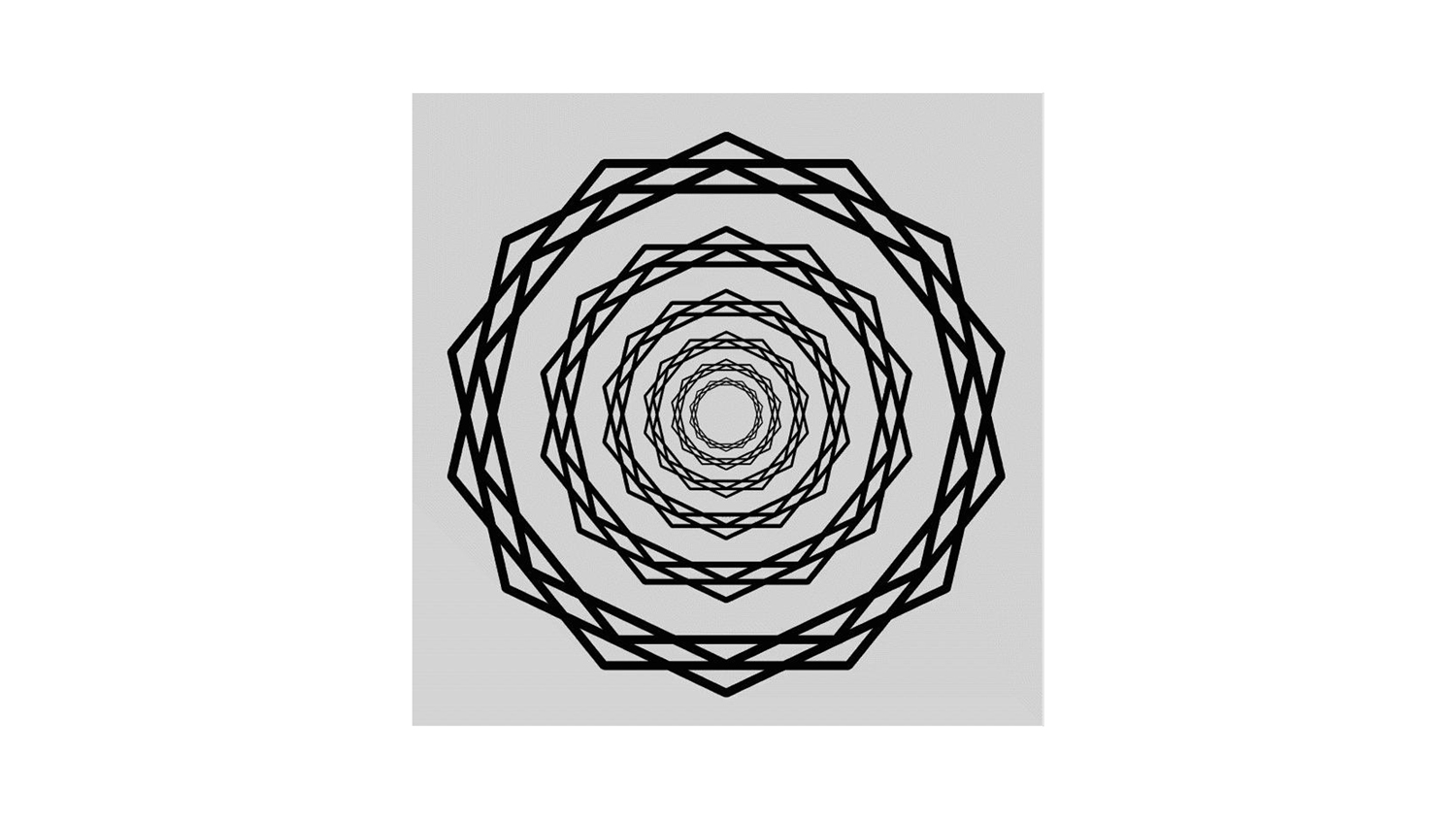 This stimulus is made up of several concentric pairs of scaled star polygons. Most observers perceive fleeting rays, beams, or lines emanating from the center that appear to be brighter than the background. Credit: Courtesy of Michael Karlovich, Recursia LLC

The authors acknowledge that the visual effects of this illusion are superficially similar to a number of previously described effects of other, grid-based illusions. However, their Scintillating Starburst, unlike known visual illusions, evokes a number of newly discovered effects, among them that fleeting illusory lines diagonally connect the intersection points of the star polygons.

To better understand how we process this class of illusion, the researchers ran a series of experiments with more than 100 participants, who viewed 162 different versions of the Scintillating Starburst, which varied in shape, complexity, and brightness.

The authors found that the confluence of several factors, including contrast, line width, and number of vertices, matters.

"In particular, a large number of prominent intersection points leads to stronger and more vivid rays, as there are more cues to indicate the implied lines," observes Wallisch.

Thus, this research illustrates how the brain "connects the dots" to create one's subjective reality, even on the perceptual level, highlighting the constructive nature of perception.