Complete the form below and we will email you a PDF version of "A Novel Application for Atom Probe Tomography: Deciphering Protein Structure"

Last week, we brought a story to you from the Chalmers University of Technology that described the research efforts of Martin Andersson and team at the Department of Chemistry and Chemical Engineering in using Atom Probe Tomography to image and study proteins. Atome Probe Tomography has previously been adopted in the study of metals and other hard materials, however this is the first time that it has been successfully used in the study of proteins.

The researchers captured proteins in an extremely thin piece of glass (approximately 50nm in diameter) and sliced it up atom by atom using an electrical field. The protein is then analyzed through Atome Probe Tomography to recreate the 3D structure on a computer.

We caught up with Andersson to learn more about this method and how it may impact the future of proteomics research.

Molly Campbell: Why is it important to study membrane proteins in their natural environment?

MC: Please can you tell us about the development of the novel method used in this research? What inspired you to trap the proteins in glass?

MA: Silica glass is highly abundant in biology where it is utilized to stabilize organic structures for example in diatoms (a group of algae). Silica glass can be formed under mild conditions, 37 degrees C and at natural pH, where silica replaces water without affecting the forces responsible for protein folding. This is something that has been utilized for stabilisation of enzymes etc. 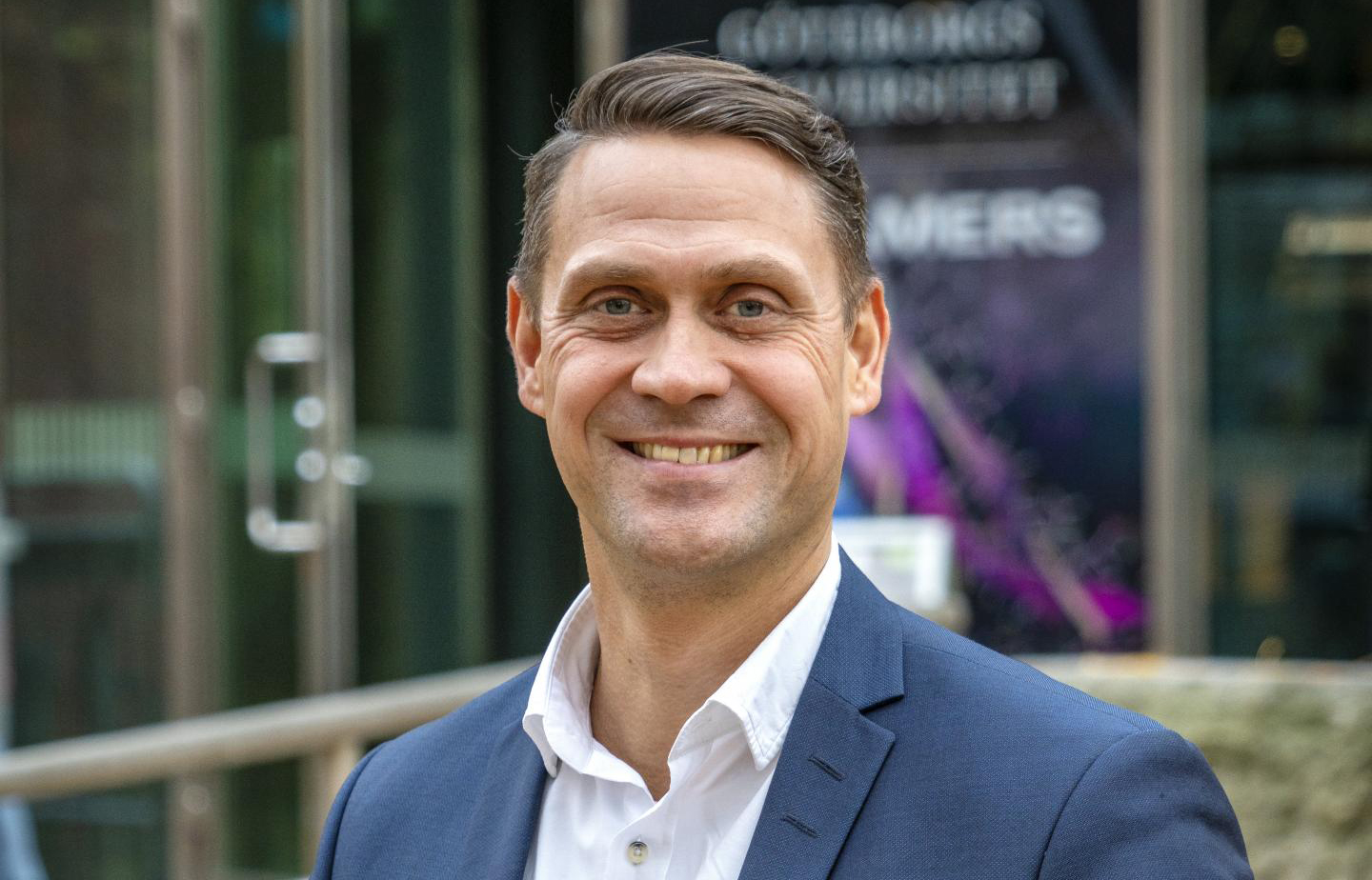 ﻿The Chalmers researchers have already patented the method. The patent process was unusually fast, indicating the unique character of the method. '"ow, with the help of the patent, we can allow the medical industry to use the method. If we didn't have the patent, we would have been less willing to put resources into it because we know now that we can protect forthcoming results," says Martin Andersson. Credit: Johan Bodell/Chalmers University of Technology.

MC: Is this method advantageous over alternative imaging and modeling approaches, such as crystallography? If so, why?

MA: There are several advantages with the new technique.

MC: What applications do you envision this novel method having?

MA: The method uses a for protein structure determination new signal, the mass of the atoms constituting the protein. This is a great complement to the existing methods and may play an important role in future protein structure determination, especially for proteins that don’t crystallize.  We believe, that the technique is of high value in the development of future drugs, where it may be possible to study drug-targets such as membrane proteins when interacting with drugs in their natural environment, all with near atomic resolution. The method is also direct, and analysis is fast (hours).

Complete the form below to unlock access to this Audio Article: "A Novel Application for Atom Probe Tomography: Deciphering Protein Structure"