Melanie Maya Kaelberer, Ph.D., is a Postdoctoral Associate at Duke University whose research has already significantly contributed to a rapidly emerging area of interest: gut-brain signaling. Dr. Kaelberer is part of a Duke research team studying how a chain of synapses converts food to thought. They’ve adopted Milo™ to help unveil the first synapse right at the gut surface− where it first meets the brain.

How Does the Gut Talk to the Brain?

As it turns out, a newly identified population of gut sensory cells they call “neuropod cells” harbor the previously unknown answer to the question of how the gut can rapidly communicate with cranial nerves. Using a combination of techniques and tools, Dr. Kaelberer and colleagues are uncovering the role of neuropod cells to synaptically convey information onto neurons, which enables the brain to sense gut stimuli.

In need of a proteomic, single-cell approach that could validate the high-resolution, pre-synaptic and transcriptomic information they had obtained with other methods, the team turned to Single-Cell Westerns on Milo and showed that a subset of enteroendocrine cells contains presynaptic adhesion proteins, including some necessary for synaptic adhesion. “We used Milo to identify how many gut sensory cells are neuropod cells and thereby contain the pre-synaptic protein Synapsin-1, enabling them to transduce stimuli onto neurons,” clarifies Dr. Kaelberer.

Milo and the Importance of Validation 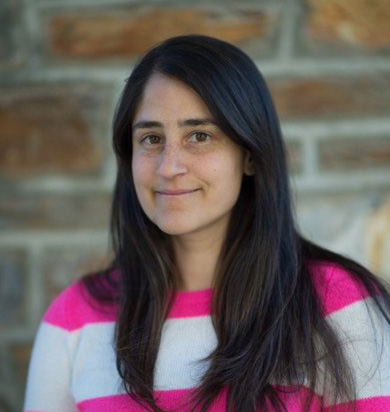 Using neuropod cell samples, Dr. Kaelberer says, “Milo allowed us to quantify the amount of protein at a single-cell level and show that neuropod cells have the machinery to form synapses.” She continues, “In research, it is important to show results using different methods. We had single-cell RNA and immunohistochemistry data, and we used Milo to confirm our results.” Using Milo to supplement their results, Dr. Kaelberer and colleagues’ research efforts recently culminated in a high-profile Science publication.

When asked if there’s anything else she’d like to add, Dr. Kaelberer took the opportunity to highlight the usability of Milo’s accompanying Scout™ software, “The analysis software makes data analysis very straightforward.” Indeed, Scout software automates quantitative data analysis. The overall Single-Cell Western workflow is flexible and can be tailored to your protein target and samples of interest.