Every budding psychologist has a moment in which they stumble across an area of research that inspires an overwhelming sense of possibility. For me, that moment occurred when I was introduced to Professor Robert Rescorla’s work. Indeed, the passion that I developed for associative learning has stayed with me ever since and has inspired much of my own research. I was deeply saddened to hear of Rescorla’s passing on 24th March 2020. It’s important to appreciate Rescorla’s revolutionary approach to learning, which was formally conceptualized in the Rescorla-Wagner (1972) model.

Early theories advocated the importance of temporal contiguity in associative learning. This concept suggests that associations are formed between events that occur close together in time. In 1968, Rescorla conducted one of his most famous studies - the ‘truly random control’ procedure1. This study underlined the importance of continuity between a conditioned stimulus (CS) and an unconditioned stimulus (US) in learning. An US is a stimulus which has a positive or negative valence, such as food for reward or electric shock for punishment, and a CS is a stimulus which is of neutral valence but signals the delivery of an US. Rats were exposed to shocks which were contingent upon the presentation of tones. In one group, the shock only occurred in the presence of the tone. In the other group, the probability of shock in the presence and absence of the tone was equal. Importantly, both groups had the same number of tone-shock pairings, but the contingency between the CS and US varied. Rescorla found that the former group learnt the tone-shock relationship, whereas the latter group did not. These results highlight the importance of both timing and the contingency between the CS and US, such that the US follows the CS, in associative learning.”

The Rescorla-Wagner model revolutionized the way in which psychologists conceptualized associative learning and is expressed in the equation ΔV = αβ (λ – ΣV)2. ‘ΔV’ refers to the increments in associative learning that occur on each trial. The salience of the CS and US are assumed to be fixed across trials and are represented by ‘α’ and ‘β’, respectively. ‘λ’ represents the maximum amount of associative strength that a US can support; this is assumed to be fixed for any US and relative to the salience of the stimulus. Finally, the total associative strength of all the CSs present on a trial is represented by ΣV. Put simply, the model computes prediction error, such that ‘learning’ is the product of a discrepancy between what is expected and what occurs.

Prior to the development of the Rescorla-Wagner model, associative learning was conceptualized in qualitative terms. Learning about the relationship between a CS and US was formerly understood as the formation of a ‘psychological link’ between stimuli, with greater learning assumed to reflect a ‘stronger link’. The model revolutionized our understanding of these ‘psychological links’ as it was the first to computationally model associative learning. This radically shifted our approach to understanding associative learning and set the scene for the next 50 years of research.

Along with an abundance of other work, Rescorla’s study in 1968 led to one of his most notable contributions to the field – the Rescorla-Wagner (1972) model. This model successfully accounts for numerous classic findings in the literature. For example, it provides an explanation for the ‘negatively accelerating acquisition curve’, referring to the phenomenon that increments in learning decline across trials. This was demonstrated by Kehoe et al (1994), who trained rabbits that a tone signaled the delivery of orbital shock, with preparatory eyelid closure being the measure of ‘learning’3. Increments in eyelid closure were found to decline across trials, in line with the assumptions of the model.

Rescorla’s model also provides an explanation for the phenomena of blocking and overshadowing. Blocking refers to demonstrations that pairing a CS (CS B) with a US in the presence of a previously trained CS (CS A) impairs learning of the CS B-US relationship4. The model accounts for this by assuming that presentation of the US in response to compound CS AB is expected, as CS A has previously been paired with the US. For example, a rodent might be trained that illumination of a light signals the delivery of food. In a second stage, the light might be presented simultaneously with a tone signalling the delivery of food. In this scenario, the rat would fail to learn about the relationship between the tone and food, as the delivery of food was expected due to the concurrent presentation of the light. Thus, the light ‘blocked’ learning about the tone, as there is not a prediction error. 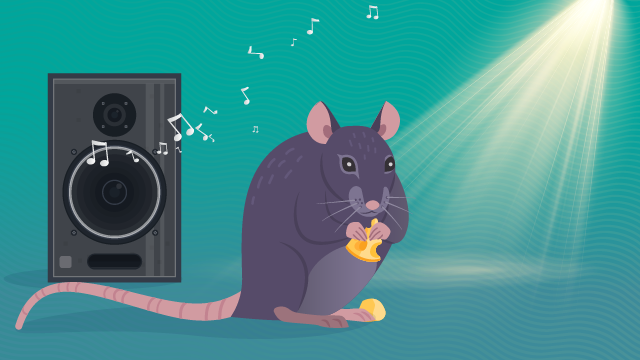 Overshadowing involves training animals that two different stimuli signal food, such as a light and a tone. In contrast, blocking prevents the animal from learning that one of these stimuli signals food.

Moreover, overshadowing refers to the phenomenon that a CS acquires less associative strength when presented in compound with another CS, as compared to being paired with the US in isolation5. The model accounts for this by assuming that there is a fixed amount of associative strength available and that this is distributed across the CSs.

Despite its successes, the Rescorla-Wagner model leaves numerous unanswered questions. Various studies have produced data that is inconsistent with the model’s assumptions and subsequent models have often attempted to account for such contradictions. The following discussion will outline some of the model’s pitfalls and the remaining challenges for associative learning theorists. However, it is important to note that these limitations do not detract from the model’s ingenuity and revolutionary approach to conceptualizing associative learning.

One of the model’s key limitations relates to the assumption that the US can only support a fixed amount of associative strength. Evidence against this assumption comes from demonstrations that compound learning effects, including the previously discussed phenomena of overshadowing7 and blocking8, can be eliminated with large numbers of training trials. 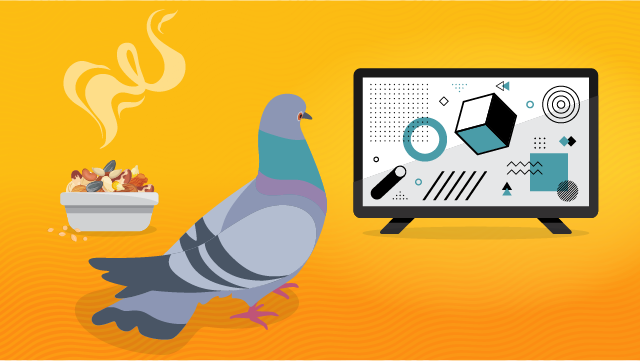 The problem of spontaneous recovery

Spontaneous recovery after extinction represents another difficulty for the model12. This refers to the reinstatement of a CS which was previously associated with, but is no longer associated with, a US after the passage of time. The process of breaking down an association between a CS and a US is known as ‘extinction’ and is often done by presenting a CS in the absence of the US. Administration of an intense, but neutral, cue can also reinstate responding to the CS after extinction13. The model fails to account for these results, as it assumes that extinction neutralizes any learning about the CS-US relationship.

However, it has been suggested that training a CS-US contingency involves the subject learning that the US is contingent upon both the CS and the context in which training occurs. Therefore, spontaneous recovery may represent residual context-US associations14. However, this explanation is limited by demonstrations that spontaneous recovery occurs in different contexts to training. For example, Schachtman et al (1985) extinguished an association between saccharin solution and lithium chloride in rats in one environment15. When subsequently placed in a different environment, the authors reported spontaneous recovery of the association between saccharin solution and lithium chloride. These findings contradict the predictions of the Rescorla-Wagner model and accounting for such effects remains a challenge for contemporary models of associative learning.

The model also fails to account for retrospective learning effects. The model assumes that learning about a stimulus only takes place if the stimulus is present on a trial. However, retrospective effects influence behavior at the point of test, rather than during learning trials. Evidence for retrospective learning effects comes from ‘backward blocking’. This procedure involves training a subject that CS A signals a US, after prior training that compound CS AB signals the US. Shanks (1985) demonstrated that this procedure results in CS B losing associative strength, despite not being presented in the second phase16. For example, one might train pigeons that a tone (CS A) and a light (CS B) signal the delivery of food reward (US). In a second stage, the pigeons might learn that the tone presented in isolation leads to food reward. In this scenario, backward blocking would result in a weakened association between the light and the food.

Van Hamme and Wasserman (1994) revised the Rescorla-Wagner (1972) model to account for these effects by suggesting that within-compound associations between CS A and CS B develop during concurrent presentation in stage one of training17. Consequently, presentation of CS A in stage two evokes a representation, and consequently an ‘expectation’, of CS B. As CS B is not presented in stage two, there is a negative prediction error as CS B is expected to be present but is not, resulting in a decline of CS B’s associative strength. Such theories provide a neat account of retrospective learning effects, however subsequent experimentation is required to rigorously examine these explanations.

In conclusion, whilst the Rescorla-Wagner (1972) model has various flaws, this computational approach to conceptualizing associative learning revolutionized the way in which theorists understood learning. Professor Robert Rescorla was bold and took a leap of faith into a new style of thinking. It was this leap which inspired an incalculable number of psychologists and will continue to inspire many generations to come. Whilst the model may be imperfect and leaves many unanswered questions regarding associative learning, I am excited to see how current and future psychologists build on the pioneering work of Professor Robert Rescorla to tackle these problems and unearth the true nature of learning.

In this opinion article, Michael S Kinch seeks to summarize key concerns and opportunities facing COVID-19 vaccines as we look towards the future.

END_OF_DOCUMENT_TOKEN_TO_BE_REPLACED

In a new study published in Cell Metabolism, scientists share their discovery of a novel, non-invasive biomarker test that can be utilized to measure and track the performance of senolytic drugs.