Dr Mikhail Savitski is the Team Leader and Head of the Proteomics Core Facility at the European Molecular Biology Laboratory, Heidelberg.

The Savitski laboratory uses and develops stability proteomics for understanding the phenomenon of aggregation and disaggregation, cell phenotyping, and detection of protein interactions with drugs, metabolites, DNA and RNA.

Savitski has made several impressive contributions to the proteomics field, including the development of thermal proteome profiling (TPP); a technology that enables the identification of drug targets in situ on a proteome wide scale that has had a major impact in the world of drug discovery.

Most recently in a 2019 published paper, the Savitski lab used TPP to show the high affinity interactions of ATP as a substrate and as an allosteric modulator with widespread influence on protein complexes.

Molly Campbell (MC): In your opinion, what have been some of the most exciting breakthroughs in the proteomics research field thus far?

Mikhail Savitski (MS): For me this has certainly been the development of the Orbitrap by Alexander Makarov. This has had a tremendous impact on the field of proteomics. Development of multiplexed quantitative mass spectrometry (MS) has also in my opinion had a tremendous effect on the kind of biological questions that can now be tackled by MS.

MC: Your research looks at protein-drug, protein-metabolite and protein-protein interactions in the context of biological processes. Why is it important to study these interactions? What can they tell us?

MS: Protein-drug interactions are essential to decipher in order to make progress in all types of disease treatments. Whilst protein-protein and protein-metabolite interactions are aspects of more basic biology, deepening our knowledge of these interactions in healthy and diseased states will lead to new strategies for treatment of disease in the future and will in general enhance our understanding of how a cell works.

MC: You developed the proteomics method TPP. Please can you tell us about the creation of this method, how it works, and its applications in the field of drug discovery?

MS: TPP was developed when I still worked at Cellzome. Our focus there was on deciphering the mode of action of small molecule inhibitors. In 2013 a paper came out from the Karolinska institute which extended the use of the thermal shift assay for detecting drug interaction with a recombinant protein to the cellular milieu. We realized that we could combine the principle of this cellular thermal shift with multiplexed MS and by doing so develop the first unbiased technology for detecting protein drug interactions inside living cells across the proteome.

We were incredibly excited when the setup worked and, already, the very first experiments have provided novel insights into the off-target activities of drugs. Meanwhile we have significantly improved this technology and also applied it to bacteria as well as for studying fundamental biological process such as the eukaryotic cell cycle. TPP is continuously becoming more and more widely used by other groups and pharmaceutical companies for finding targets and off-targets of drugs.

MC: What challenges do researchers face in the development of novel MS workflows?

MS: I think the main challenge is having the right ideas! The field is getting more and more interdisciplinary. My lab consists of biologists, chemists, biochemists, and bioinformaticians. Often people have no background in proteomics before they join us, but they are excellent and very often come up with exciting new ideas. So in short, my answer would be to surround yourself with talented, diverse people and create the best working environment possible, then the great ideas will come! 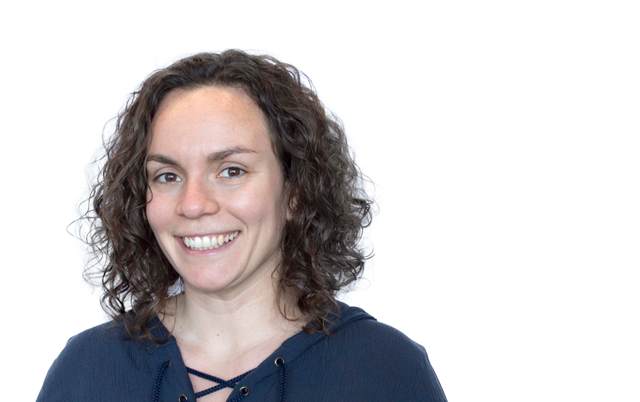 MC: Could you give an a completely unexpected finding that you have stumbled upon recently in your research?

MS: Our most recent work focused on interactions of ATP—the most common metabolite in the cell—with the proteome. Remarkably we discovered that in addition to the known canonical roles of ATP, it also turned out to modulate the solubility state of a quarter of the solubility transitioning proteome—proteins that can transition from soluble to insoluble under physiological conditions—at physiological concentrations of the metabolite. A previous study had shown that ATP could prevent the aggregation of certain recombinant proteins, and we were incredibly excited to see these broad effects on the proteome-wide level.

MC: Technologies and methods used in proteomics have evolved rapidly over recent years. What further advancements do you anticipate occurring in the next 10 years?

MS: I think we will see a tremendous progress in functional proteomics over the next decade. By that I mean that the field will move beyond merely measuring the changes of expression of proteins but rather use quantitative proteomics in combination with innovative biochemical assays and computational methods to assess the functional state of proteins in different ways. This is already happening in the field, but I expect we will see much more of this in the future.

Complete the form below to unlock access to this Audio Article: "The Evolution of Proteomics - Dr Mikhail Savitski"