Complete the form below and we will email you a PDF version of "The Future is Bright for Single-Cell Proteomics: A Report from HUPO 2018"

In recent years the genomes, transcriptomes, and epigenomes of multicellular organisms have been captured in a number of high profile organism-wide atlases. Can proteomics measure up to next-generation sequencing (NGS) technologies when it comes to single cell analysis? Here are the highlights from the Human Proteome Organization (HUPO) World Congress summarizing the latest developments in the field of single cell biology.

HUPO is an international organization that brings together proteomics researchers from around the world. The 17th HUPO World Congress wrapped up last week in Orlando, Florida, after four days of presentations from some of the leading names in the field. Amongst the 30 sessions covering a wide range of topics, such as new mass spec technologies or computational advances, infectious diseases and cancer proteomics, the theme of single cell biology generated a lot of attention. This is because progress in NGS technologies has made it increasingly possible to measure single cells rather than bulk material.

In 2016, scientists kick-started the Human Cell Atlas (HCA) Consortium. This ambitious project aims to develop reference maps of human cell types, their locations and states at a single cell resolution. Fast forward to 2018, and the initiative is coming out of infancy to attract substantial funding and input from groups around the world specializing in gene expression analysis and imaging.

“If we can enumerate every RNA molecule in a cell, we can use that information as a proxy to describe its identity and state at a given point in time”, said Professor Stephen Quake from Stanford University. In his plenary lecture, Quake, who is also an HCA organizer and co-president of Chan Zuckerberg’s Biohub, highlighted the latest efforts of several projects focusing on NGS-based single cell analysis.

In one study, just published in Nature, Spyros Darmanis and his collaborators, also from the Biohub, used a combination of droplet microfluidics and Fluorescence Activated Cell Sorting (FACS)-based single cell RNA-seq techniques (scRNA-seq) to capture and index transcriptomes from 20 mouse organs and tissues. The resulting resource, termed Tabula Muris, contains measurements from more than 100,000 cells. It provides a systematically classified reference of gene expression in an important model organism. However, the potential uses of Tabula Muris go well beyond that. As demonstrated in the Nature study, the data can help fill gaps in our understanding of poorly characterized cell populations, discover differentially expressed genes between common cell types, or describe the extent to which transcription factors determine cell identity.

Edward Marcotte, Professor of Molecular Biosciences at the University of Texas, Austin, described a new approach for single molecule proteomics. "For proteins, we do not have polymerase chain reaction and enzymatic amplification techniques," said Marcotte. "It makes sense instead to go to single molecule protein sequencing approaches," he added. 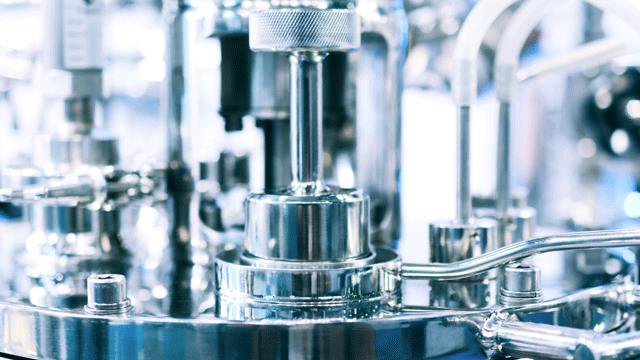 END_OF_DOCUMENT_TOKEN_TO_BE_REPLACED

His team developed a method termed fluorosequencing that does not use mass spec but relies on visualizing individual peptides labelled with a fluorescent dye. The labels are incorporated at selected amino acids in the peptide sequence, such as cysteine or lysine. The peptides are immobilized on a glass surface, and a form of fluorescence microscopy (for example, Total Internal Reflection Fluorescence) can be used to image them. Starting from the N-terminus, polypeptides are then degraded, one residue at a time, using the well-established Edman degradation chemistry. By recording the changes in fluorescence intensity after each cycle of Edman degradation the team is able to identify the labelled amino acid and its position in the peptide. This results in a partial sequence that can be mapped to a reference protein database. To prove the method works, Marcotte and his team read the amino acid sequence of insulin, the protein that in the 1950s was the very first to have its sequence determined by biochemist Fred Sanger. In addition, they successfully analyzed other peptide samples of increasing complexity.

This year’s HUPO offered a glimpse of what is to come in the area of single cell proteomics analysis in the next few years. A lot is happening in the field, and it looks increasingly possible that new next generation protein sequencing technologies are just around the corner.