Urinary DNA Adductomics: The Next Generation of Omics Technology

Complete the form below and we will email you a PDF version of "Urinary DNA Adductomics: The Next Generation of Omics Technology"

From conception (and arguably pre-conception) to death, every human being encounters a wide variety of environmental stressors, such as pollution, tobacco smoke, the sun’s rays, pharmaceutical agents, contaminants in water and some constituents of food. No one is exempt from these stressors – after all, you cannot avoid your own metabolism, which is also a source.

These agents have the potential to modify the structure of an individual’s DNA, forming a wide variety of types of DNA damage, known as adducts. Some of these adducts are stressor-specific, such as those formed by the UV in sunlight. Others are more general, and are formed by many different stressors, such as oxidative stress. Because adducts are structurally different from the normal components of DNA, they can permanently alter the function of DNA. For example, adducts can instruct the cell to do things that it should not, such as divide uncontrollably. As a result, these exposures, and the subsequent damage they cause play a major role in the development of illnesses such as cancer, neurodegenerative diseases (Alzheimer’s disease, Parkinson’s disease, etc.), cardiovascular disease and others.

It is therefore critical that we can comprehensively assess what agents we are being exposed to, so that we can begin to better understand disease risk. However, we aren't exposed to one agent at a time: rather a veritable soup of external and internal stressors, making risk assessment very complicated, particularly on an individual basis.

The concept of assessing our individual complex exposures as a means to assess disease risk is summarized in the exposome1, a term first coined by Dr Chris Wild (formerly director of the International Agency Research on Cancer, and professor of molecular epidemiology at the University of Leeds).

What is the exposome?

The exposome describes the total exposures to internal and external environmental agents across the lifespan of an organism.
Evaluating these total exposures is no easy task. However, researchers including Dr Chiung-wen Hu and Dr Mu-Rong Chao at Chung Shan Medical University, Taiwan, and myself at University of South Florida, are amongst a small group of scientists who are searching for a way.

When identifying molecules or agents implicated in disease, scientists usually measure "known" compounds that have been identified previously by researchers, and for which they have some evidence for a potential role in disease. If scientists then detect increased levels of these compounds in a particular disease, a role for that compound in that particular disease is often proposed. This is called targeted analysis – you measure what you know.

This approach is applicable to DNA adduct analysis, but invariably only a few adducts are measured simultaneously, potentially missing out a lot of information. To achieve a wider understanding of all the agents to which you have been exposed, an untargeted approach is superior, likened to pulling everything out of a fishing net with a blindfold on. Untargeted analysis of DNA adducts means that you have no preconception as to what adduct(s) is important, and therefore you have to measure all of the adducts that are present. Technically this is challenging and requires advanced methodology. We now know that, compared to the targeted approach, this method is proving to be most effective. It permits the analysis of changes in cellular molecules in a completely unbiased way and provides clues as to what a person has been exposed to without requiring prior knowledge of their exposures.

This untargeted approach was initially applied to proteins (protein adductomics), on the basis that, after entering the body, some agents in the environment can modify proteins, and these modifications can provide a fingerprint as to what the person has been exposed. Dr Stephen Rappaport and colleagues at UC Berkley are among the leaders in this field.2 They have shown, using mass spectrometry (MS), that patterns of modifications exist that can be characteristic of certain exposures.

DNA adducts may lead to sequence changes in the DNA (e.g. mutations), which may be inherited by subsequent generations, and are associated with disease such as cancer. This makes DNA adducts potential biomarkers of both exposure and effect. 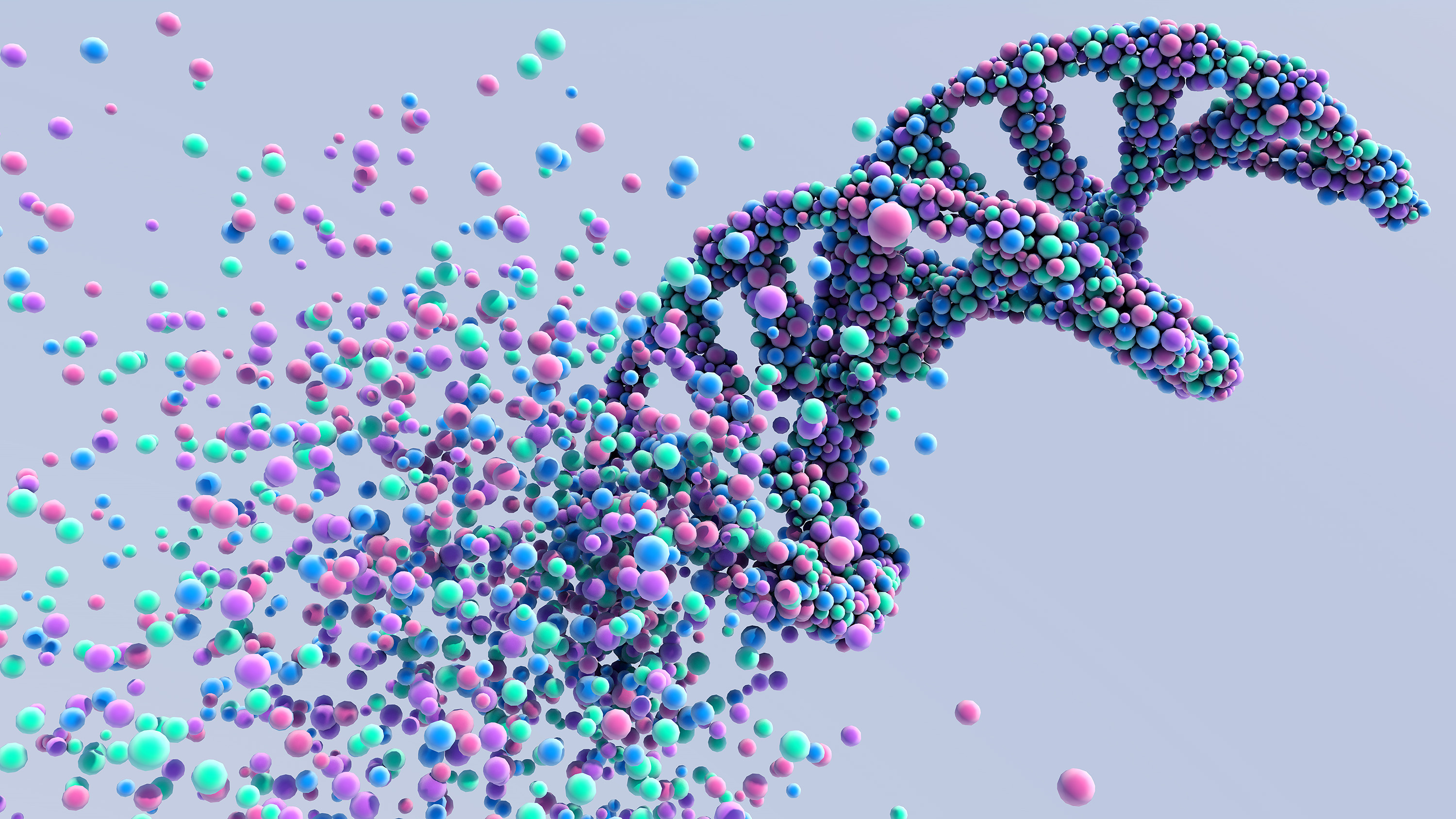 Dr Robert Kanaly at Kyoto University (now at Yokohama City University), Japan, is widely regarded as the originator of DNA adductomics, with his first report published in 2006.3 Cellular DNA adductomics works by using MS to filter and detect all damaged (adducted) 2’-deoxyribonucleosides (2’-dN) – which are part of the building blocks of DNA, and encode its instructions. Typically, this has relied upon tissue samples.

In this method, DNA is extracted from the cells or tissue of interest and chopped up into individual 2’-dN using a cocktail of enzymes. The sample is then analyzed by a mass spectrometer. This need for tissue is necessarily invasive (biopsies or venipuncture), meaning the approach can be challenging to apply to human populations, thus limiting what can be studied. Sounds perfect, right?

However, when we first applied cellular DNA adductomics to urine, we failed to see the expected increases in the induced adducts. The urines had been obtained following exposure to a set of DNA damaging agents so, according to our hypothesis, when that damage is repaired, it should appear in the urine. I asked Chao and Hu how the adducts we had induced were repaired. It turns out that they are all repaired by base excision repair (BER) and, as the name suggests, the products of BER are all modified nucleobases. Our adductomics assay, which detects modified 2’-deoxyribonucleosides, simply would not detect them, due to their different structures.

With this new approach, we can learn about human adducts more easily and in a non-invasive manner. The best part is that the urine actually provides a more comprehensive picture of whole-body levels of DNA damage, and its repair, than previous methods.

Hu, Chao and I have received five years' worth of funding from the National Institute of Environmental Health Sciences to to further develop this methodology and validate it in human populations. To achieve this goal, we have created a worldwide collaboration including Chung Shan Medical University (Taiwan), Imperial College London (UK), Univ. Minnesota (US), Erasmus University (Netherlands), MIT, Kyushu University (Japan), Univ. Gothenburg (Sweden) and Univ. Miami (US) – bringing together individuals at the very top of their game.

Already the team is detecting hundreds of adducts, simultaneously, even in the urine of healthy humans. But studying the totality of DNA adducts also presents challenges for data analysis, due to the sheer volume of information generated and the lack of a publicly available mass spectral database for DNA adduct identification and characterization. However, this too is being addressed through a collaboration with the University of Minnesota, supported by funding from NIH.

Understanding from what environmental exposures these modifications arise, and the body’s systems for their repair, could lead to life-saving interventions. Our research looks to open new doors to better understand how environmental stressors affect a person’s genetic make-up, why some forms of damage are repaired more easily than others, together with how the damage eventually becomes a life-threating illness in some scenarios.

“By looking at what in the environment damages our DNA, and potentially identifying whether some individuals repair that damage better (or worse) than others, we can better understand the process of how and why illnesses occurs and, potentially, find interventions." - Dr Chiung-wen Hu.

Currently in the United States, 50% of adults report that they are suffering from one of six chronic illnesses: cardiovascular disease, cancer, cardiopulmonary disease, asthma, diabetes or arthritis11. These conditions represent a huge health, and economic burden. This research brings medicine one-step closer to finding the causes of these illnesses and, potentially, a cure.

Complete the form below to unlock access to this Audio Article: "Urinary DNA Adductomics: The Next Generation of Omics Technology"