Worried You are Dating a Psychopath? Signs to Look for, According to Science 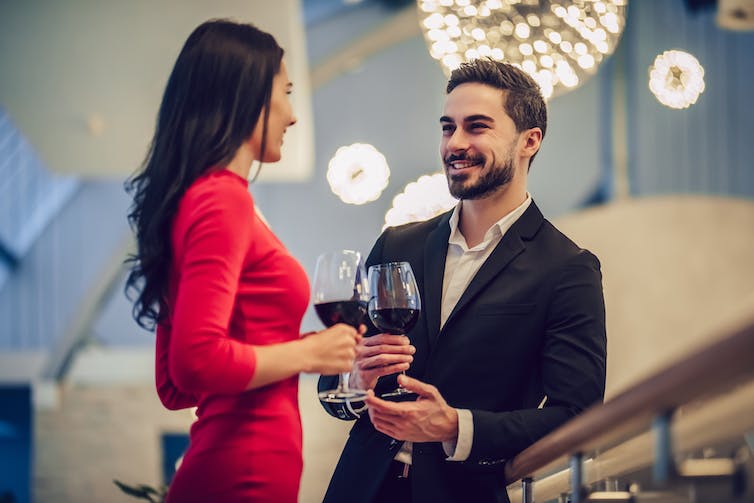 It may sound like a scene straight out of a horror movie, but statistically you are not that unlikely to end up on a date with a psychopath. It is estimated that about 1 in 100 people are psychopaths – similar to the number of people who are teachers.

And while we may associate psychopaths with horrifying criminals such as the American serial killer, rapist and necrophile Ted Bundy, the majority of psychopaths aren’t actually criminals, but live fairly ordinary lives in our midst. So how do you know if you happen to be dating a psychopath and what should you expect? Luckily, there’s research on the topic.

Despite this type of personality disorder being well established and researched, there is some controversy around exactly how it should be diagnosed. However, researchers do agree that psychopathy involves persistent antisocial behaviour, impaired empathy and remorse, boldness, emotional resiliency, meanness, impulsivity and extremely egotistical traits.

Psychopaths also have certain positive traits, however, such as paying attention to detail, being good at reading people and engaging in conversation with ease. Their ability to be precise and creative means psychopaths can be successful professionals.

The first trait that might become apparent when dating a psychopath is pathological lying. Psychopaths are likely to repeatedly attempt to deceive their partners and will lie about anything under any circumstances in order to conceal their behaviour and achieve their goals – whatever they may be.

Unfortunately, it can be difficult to catch a psychopath lying as they often strategically plan deceitful stories. They often also tend to have a superficial charm that may have got their partner addicted in the first place – this could make their other half doubt their suspicions.

Their perception of self worth is typically extremely high. Even if you are a successful, confident professional, you are likely to feel worthless in comparison. And if you don’t, a psychopath partner may set out to crush your self esteem in order to have more control over you. Research shows that psychopaths often use a technique called gas lighting in order to achieve this – gradually eroding a “victim’s” confidence and sense of reality by confusing, misdirecting, deceiving and persuading them – leading to extreme self doubt.

The reason psychopaths are good at manipulating is that they typically study people’s behaviour and skilfully use it to control them. If you are in a relationship with a psychopath and manage to resist their manipulation, they will often throw a toddler’s tantrum full of frustration, anger, nagging or repetitive conversations – and of course the pity puppy eyes as a final attempt – to make you feel sorry for them and give in to their wishes.

The lack of guilt or remorse is particularly hard to deal with. But don’t expect it to change – research suggests the brains of psychopaths are wired in this way. A recent brain scanning study of psychopaths in prison showed that the higher levels of psychopathy people had, the more likely they were to cheat – and not feel bad about it. This was associated with reduced activity of the anterior cingulate cortex, which is thought to play a role in morality, impulse control and emotion among other things. Other studies have discovered that psychopaths have structural and functional differences in several brain areas, including the prefrontal cortex, which plays a crucial role in personality development and planning.

It is clearly also exhausting to be in a relationship with someone who struggles to feel empathy. However, some studies have indicated that psychopaths may actually have the ability to feel empathy – both on an intellectual and emotional level – but can choose to disregard it, as if they have an emotional off switch. Similarly, it seems psychopaths are often aware of the wrongfulness in their negative behaviour, but act in that way in any case due to their lack of self control.

Romantic partners of psychopaths will therefore soon realise it is hard work to keep up with their partners’ continuous need for stimulation and unrealistic long-term goals. Their lack of self control can also get partners in trouble. For example, a psychopath may be rude to their partner’s colleagues or embarrass them at a party.

Psychopaths also tend to show traits of sociopathy and narcissism, and both traits have been been correlated with infidelity. A recent study that examined how psychopathic traits play out in romantic relationships also found that manipulation to gain sex may be a common approach.

People who find the strength to get unhooked from a romantic relationship with a psychopath may find that their other half actually feels sorry – but that’s most likely to be because they are no longer able to own, control and use them anymore.

And if you dump a psychopath and later try to get them back you are unlikely to be successful. Their lack of empathy means that they will take no responsibility for what went wrong in the relationship and offer to change going forward. Instead, they will most likely
blame the outcome on you or anyone else but themselves. This attitude comes from their belief that, if you are feeling hurt, then it is your responsibility and your problem – in other words, you let this happen to you.

However, if their next romantic partner is not as challenging, interesting and fruitful as they hoped for, they might come right back to you full of deceitful apologies and new-found meaning in your relationship – along with promises of love. That is because psychopaths tend to live a parasitic lifestyle, feeding off others and taking more than they give. That means they may want to have your friends, resources and even your financial status back as their own.

That said, psychopaths do appreciate their relationships in their own way. They do suffer pain, feel loneliness, have desires and feel sadness if they do not receive affection. Clearly dating a psychopath is not for everyone. But some people can see beyond the negative traits and accept a psychopath partner as they are – ultimately having greater chance of seeing the relationship succeed.

END_OF_DOCUMENT_TOKEN_TO_BE_REPLACED

Mass spectrometry (MS) plays a vital role in many aspects of our lives, from diagnosing illness and detecting food contaminants to fighting fraud. In order for a sample to be analyzed by MS, it must however, first be ionized. There are a number of ways of achieving sample ionization depending on the sample type, target analyte and desired workflow. In this article, we consider some common ionization techniques and sample types for which they are best suited.

END_OF_DOCUMENT_TOKEN_TO_BE_REPLACED

A key element to all mass spectrometry (MS) systems is the type of detector used to convert a current of mass separated ions into measurable signal. Different types of detectors are used depending upon factors including dynamic range, spatial information retention, noise and suitability to the mass analyzer. In this article, we consider some of the commonly used detectors.

END_OF_DOCUMENT_TOKEN_TO_BE_REPLACED

Obesity Linked to Reduced Blood Flow to the Brain

END_OF_DOCUMENT_TOKEN_TO_BE_REPLACED

How Does Sensitivity Change the Brain?