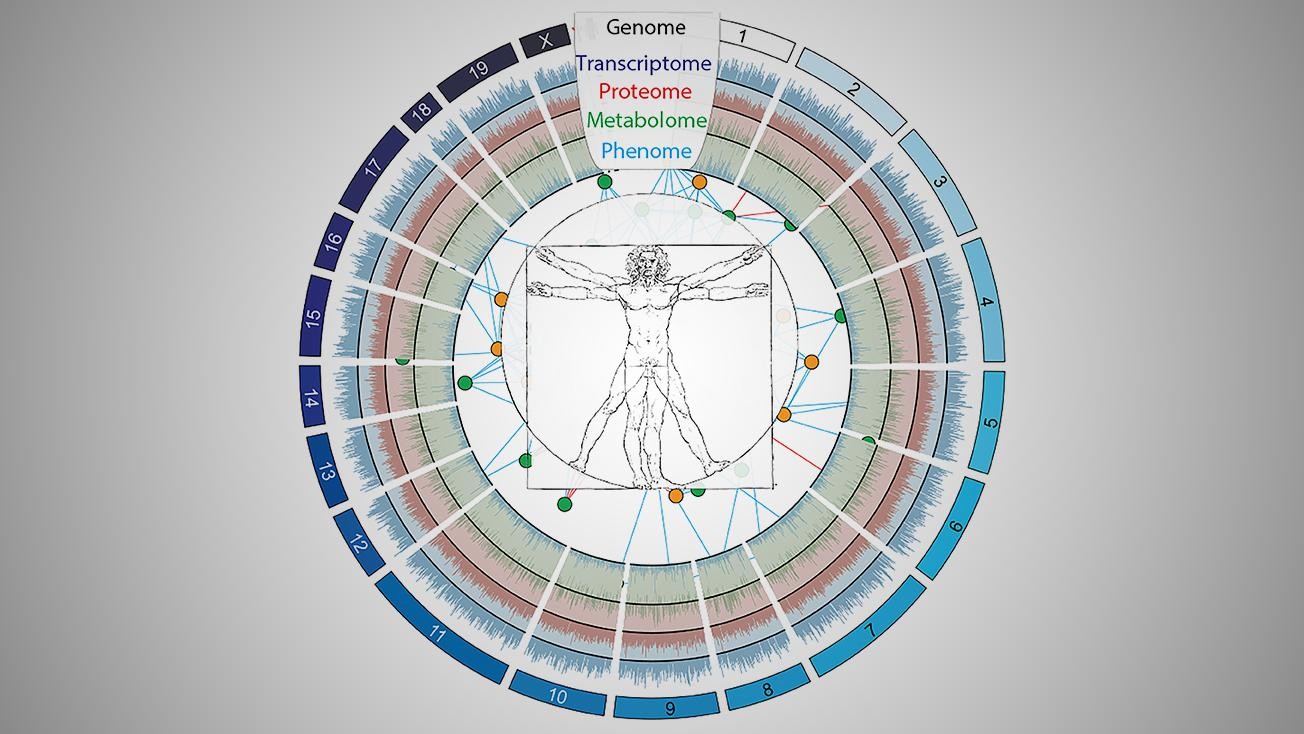 One of the biggest obstacles in successfully treating metabolic disorders such as diabetes, obesity, fatty liver etc, is the variation in the way patients respond to medication. The key to this variation lies in the inherent biological differences between individuals, which cannot all be explained genetically. At the same time, this variation makes it very difficult to develop "standard" treatments for certain diseases. In a groundbreaking initiative, EPFL and ETHZ scientists have developed a strategy that can define and explain metabolic differences between individuals, essentially paving the way for precision medicine. The work, which also highlights significant issues with animal-based drug studies, is published in Science.

We are increasingly learning that medical interventions can be more successful when they are tailored to the specific profile of the individual patient. The problem is that defining that profile is extremely difficult, as it involves information on the person's genome, proteins, fats, and all sorts of other layers of biology that make up their tissues and body. And so far, the only differences that we have been seriously taking into account are those found between genes.

This is what the labs of Johan Auwerx at EPFL and Ruedi Aebersold at ETH Zurich set out to solve with their recently published study. Looking at 40 different mice strains, the researchers successfully connected the variation between individuals' genomes to the variation between their proteomes -- their full set of proteins. In this way, they took a giant leap in profiling the biology of a particular individual.

"There is a black box between a patient's genome and their disease," says Johan Auwerx, whose lab handled the genome side of the study. "What we have done here is find a way to fill the black box by obtaining information on the patient's proteome."

"It's much more complex to measure the set of proteins than to sequence the entire genome," says Yibo Wu, co-lead author of the study. The scientists used protein data from mice, which they obtained from a new mass spectrometry technique that Aebersold's group developed, known as SWATH-MS. This is a technique that combines the advantages of high-throughput mass spectrometry with high reproducibility and consistency. In short, it is able to identify thousands of different proteins in hundreds of samples much faster and accurately than conventional techniques, allowing the researchers to measure the concentrations of a broad spectrum of liver proteins in the mice.

The researchers measured a total of 2,600 different proteins from tissue samples of 40 mice strains, all of which came from the same two ancestors, meaning that they were genetically related to each other. "We wanted to keep the genetics simple in order to observe differences in the impact of environment (diet) on the proteome, other layers of biology, and their predisposition to develop diseases," says Auwerx.

The mice were divided into groups of representing each of the 40 strains, and the groups were fed either a high-fat diet - essentially junk food - or a healthy, low-fat diet. Over a few weeks, the scientists charted the mice's physiological data, and tested how fast they could gain weight on the junk-food diet and lose weight by exercising. Despite their similar genetic make-up, the mice on the high-fat diet showed varied responses to diet and exercise. For example, some developed metabolic disorders like fatty liver, while others did not.

The researchers then combined the physiological data with data for their genome, their proteome, and their transcriptome, which is essentially their full set of RNAs - another biological "layer" in the black box. Through this combination, the scientists were able to better understand the role several proteins play when it comes to metabolizing fat and producing energy from it.

"Like the mouse strains in this study, each patient with a disease is genetically different", says Ruedi Aebersold. "The approach we used in the mouse cohort can now be applied one-for-one in research on human diseases, and particularly for personalized medicine." The SWATH-MS approach is now ready to use in human cohort studies, as the researchers in his group have produces a corresponding database for thousands of human proteins.

"The aim here is to be able to customise medical intervention for each patient based on their individual biological makeup, the 'black box'," says Auwerx. In this vein, his group is now looking at specific drugs that can be used more effectively with this approach to treat metabolic disorders.