Complete the form below and we will email you a PDF version of "A Step Closer to a Blood Test for Diagnosing Mood Disorders?"

Blood-based biomarkers are frequently used in the diagnosis of a variety of diseases, including cancer, diabetes, anemia, heart disease and HIV. 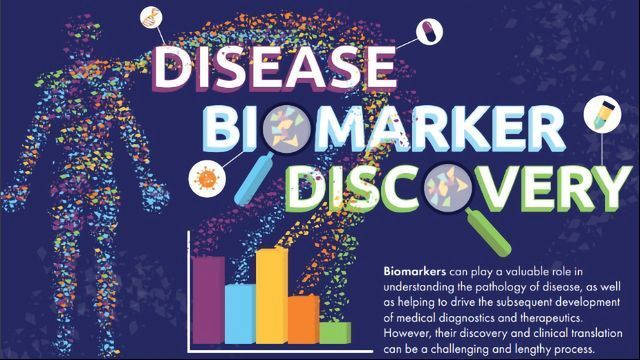 END_OF_DOCUMENT_TOKEN_TO_BE_REPLACED

The identification, characterization and clinical development of blood biomarkers requires a robust understanding of the underpinnings of a disease and how it affects the human body. Once we can definitively conclude that a specific molecular phenotype is directly linked to a disease, that profile can be used to build a database of biomarkers that can be measured and quantified for diagnosis and making predictions of disease onset.

An area of medicine where blood-based biomarkers could have a profound impact is psychiatry. A field renowned for facing many challenges in effectively diagnosing and treating patients, it relies heavily on self-reported measures and clinical judgement which are subjective.

Professor Alexander Le-Niculescu from the Indiana University School of Medicine focuses his research on precision diagnostics and improved pharmacological treatments in psychiatry. He is the senior author of a new study published in Molecular Psychiatry that outlines the development of an RNA biomarker-based blood test for:

"Blood biomarkers offer real-world clinical practice advantages. As the brain cannot be readily biopsied in live individuals, and cerebrospinal fluid (CSF) is less easily accessible than blood, we have endeavored over the years to identify blood biomarkers for neuropsychiatric disorders," the authors of the study write in the paper.

The research took place over a period of four years and builds on some of Niculescu and colleagues' previous work adopting longitudinal within-subject study methods that discovered and validated blood biomarkers for mood state and suicide. "We endeavored to use a similar comprehensive approach to identify more definitive biomarkers for mood disorders in general, and depression in particular," the authors note.

The study includes over 300 participants that were largely recruited from the Indianapolis VA Medical Center. Three independent cohorts were used within the overall sample: a discovery cohort, a validation cohort and a test cohort. The researchers describe the various studies within the overarching longitudinal work as being "stacked in an innovative and comprehensive fashion."

“We have pioneered the area of precision medicine in psychiatry over the last 2 decades, particularly over the last 10 years. This study represents a current state-of-the-art outcome of our efforts […] This is part of our effort to bring psychiatry from the 19th century into the 21st century. To help it become like other contemporary fields such as oncology. Ultimately, the mission is to save and improve lives,” – Niculescu in a press release.

Participants were monitored over the course of the four-year study. An initial testing visit was followed by up to six testing visits that were between three and six months apart, or occurred when a psychiatric hospitalization was recorded for the participant. At each visit, a blood sample was obtained and whole-blood RNA was extracted for microarray gene transcription analysis, the aim being to identify whether there were changes in the transcription of any particular genes across these different mood states.

Drawing on the large databases of curated data from previous research in the field, the scientists cross-validated and prioritized a subset of the 26 biomarkers they had identified from the discovery phase of the study. Next, they tested the putative biomarkers to analyze their utility in predicting individuals that are ill, and who – in the future – will become ill.

Niculescu and team also explored the biological pathways associated with the 26 biomarker candidates to try and further understand the molecular underpinnings of mood disorders: "We conducted biological pathway analyses using the top candidate biomarkers for mood (n = 23 genes, 26 probesets), which suggest that circadian, neurotrophic and cell differentiation functions are involved, along with serotonergic and glutamatergic signaling, supporting a view of mood as reflecting activity and growth," they write.

The researchers believe their work is a "major step forward towards understanding, diagnosing and treating mood disorders", and hope that the biomarkers uncovered in the study will be useful in preventing such disorders before they manifest.