Biomarker Finder Adjusts On the Fly

A Rice University laboratory has developed a continuously tunable method to find and quantify DNA and RNA biomarkers.

Rice bioengineer David Zhang and his colleagues have developed a unique way to adjust their nucleic acid probe reagents on the fly and take a reliable count of target sequences.

The ability to identify DNA or RNA sequences, especially mutations, has become critically important for the detection of diseases and design of therapies to treat them. But finding a specific biomarker in a massive amount of genetic code is hard. 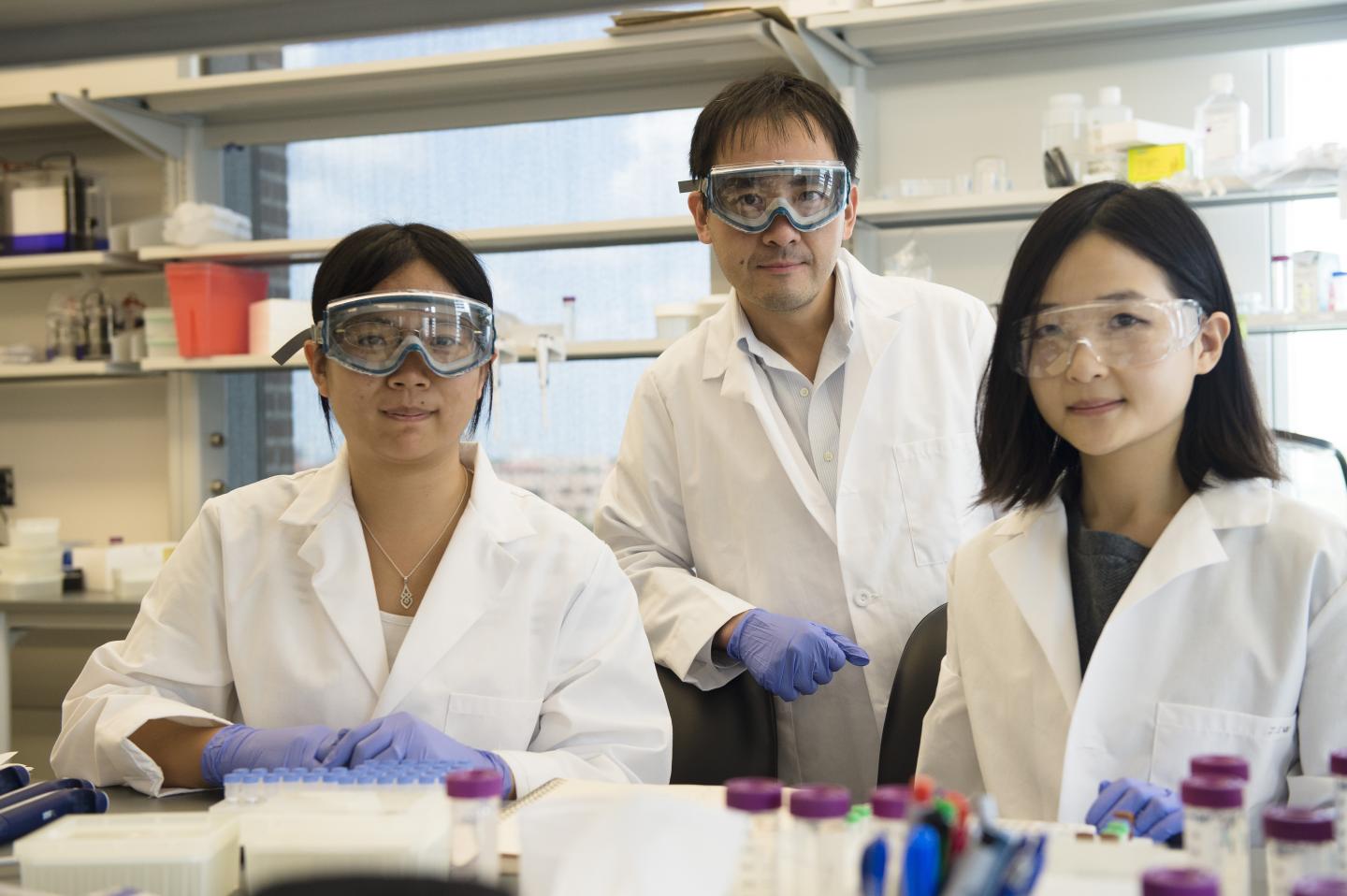 Zhang and his team at Rice's BioScience Research Collaborative have become specialists in finding such needles in haystacks. In previous work, the lab designed probes that find single-nucleotide mutations in DNA while using "competing" probes to bind to healthy sequences and effectively get them out of the way.

This time the lab is developing synthetic DNA "protectors" that mimic the target sequence and compete with the target in binding to the probes. By altering the stoichiometry, or the proportion of substances in chemical reactions, of these protectors, researchers can control the balance of the reactions so the fluorescent probes' brightness can be adjusted.

For example, Zhang said, there may be two biomarker sequences of interest, but the high expression of one would outshine the low expression of another. Because the unit brightness of each biomarker can be adjusted, the researchers' new method allows the simultaneous and accurate observation of many biomarkers.

"In principle, we should be able to tune indefinitely," he said. "But we'd be trading off time and labor and cost versus what people actually need. If we can get 90 percent of the value in two steps, it probably doesn't make sense to take five more steps for 95 percent."

Zhang, lead authors Lucia Wu and J. Sherry Wang and their colleagues have written software to help researchers design their own probes. The Web-based program allows researchers to cut and paste gene sequences and highlight areas of interest to generate probe designs. The program is free to use and available at http://nablab.rice.edu/nabtools/.

Probe design is complicated by the fact that researchers often look for many biomarkers at once, and that those biomarkers interact with each other, Zhang said. "In an age of advancing science and big data, we want to look at hundreds or thousands or millions of different DNA biomarker signatures.

"Researchers have to decide in advance whether to measure how sensitive the target sequences are to their probes, or how specific they will be when binding," he said. "Unfortunately, these two goals are mutually exclusive. If you improve the sensitivity, the specificity drops, and vice versa.

"What we've done is alter the sensitivity and specificity of different probes in a way that's independent and decoupled," he said. "We like to envision DNA as a plate of food, and our molecules as salt and pepper shakers: We change the flavor of the DNA probe by salting it with a little more stoichiometry or peppering it with a little more of the protector.

"That's a reasonable analogy for what we're doing: going in and changing the formulation, changing the stoichiometric ratios of things. That actually allows us to change the sensitivity and specificity of each individual probe."

In one of many successful tests, the lab designed molecules to detect mutation sequences in historic biopsy samples preserved in wax from cancer patients. One of the researchers' goals is to design noninvasive cancer diagnostics that detect DNA biomarkers in blood samples for early screening and early recurrence detection.

Zhang expects the method to find wide use. "We want to provide better, faster and cheaper answers for researchers and clinicians who are looking at hundreds or thousands of different mutations," he said. He and Wang have co-founded a startup company, Searna Technologies, to further develop and commercialize the technology and apply it to cancer detection.