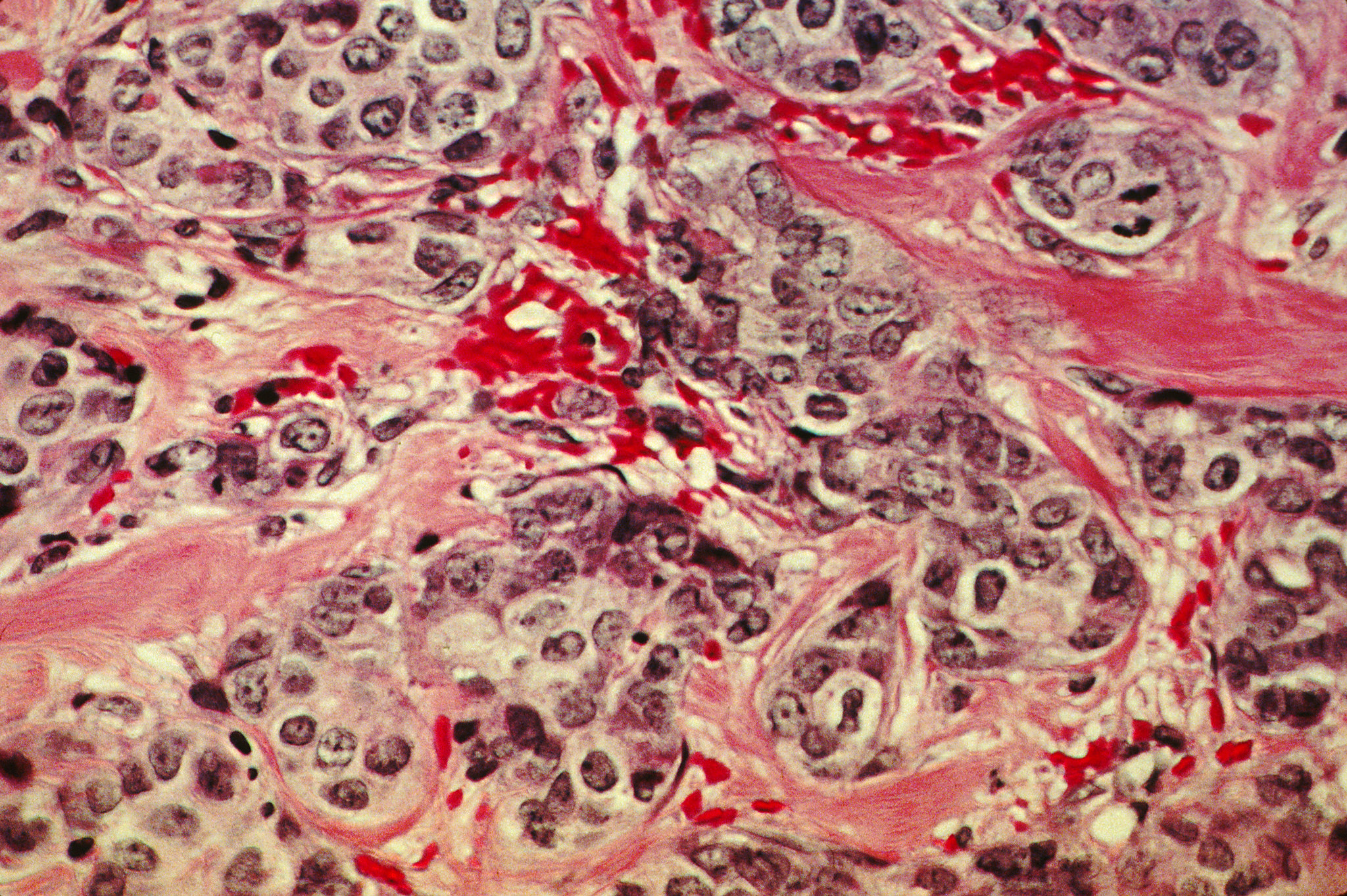 Cancer rewires the metabolism of tumor cells, converting them into lean, mean, replicating machines. But like Olympic athletes who rely on special diets to perform, tumor cells’ amped-up metabolism can also make them dependent on specific nutrients for survival.

For years, scientists have been trying to identify and understand these cellular cravings in hopes of creating new cancer treatments that work by blocking off access to necessary nutrients and starving tumors to death.

In a new study, Duke University scientists report that cells from a vicious and treatment-resistant form of breast cancer, called triple negative breast cancer (TNBC), die off rapidly when deprived of a key nutrient called cystine. By examining the cause of cell death, they found that this “cystine addiction” is triggered by a mechanism that many kinds of tumor cells use to break away and migrate to new locations in the body.

“This process is well-known and shows up in metastatic cancer cells, and what we found is that it also makes the cells cystine-addicted,” said Jen-Tsan Ashley Chi, associate professor of molecular genetics and microbiology at the Duke University School of Medicine and senior author on the study. “This is great news, because these are the cells that we really want to get rid of.”

The results indicate that blocking cystine uptake may be an effective way of treating not only triple negative breast cancer, but other aggressive cancers that use this pathway during metastasis. The study appeared online Nov. 21 in Oncogene.

Some studies have hinted that these cells cannot survive without cystine, a molecule built from two copies of the amino acid cysteine linked together.

Earlier this year, Chi’s group published a study showing that cells from an aggressive form of kidney cancer are addicted to cystine. To find out if this was also true for triple negative breast cancer, Xiaohu Tang, a previous postdoctoral fellow in Chi's lab, submitted both triple-negative and estrogen-positive breast cancer cells to a nutrient deprivation test: growing batches of each cell type in a series of different growth media, each missing just one out of 15 key amino acids.

Most of the cells showed little reaction to these small changes in diet, Chi said. But there was one notable exception.

They subjected the cells to a battery of genetic analyses to pinpoint the cause. They found that the cystine addiction is linked to a process called the epithelial to mesenchymal transition (EMT), a bit of genetic programming that allows stationary epithelial cells, usually stuck in place by tough, zipper-like molecules, to transform themselves into roving mesenchymal cells.

The triple negative breast cancer cells, along with several other types of cancer cells, tap into this process to break away from their neighbors and metastasize to spread throughout the body, Chi says. But it appears that this process also triggers a cellular signaling pathway that leads to rapid death as soon as cystine is not available.

“We found that this transition between epithelial and mesenchymal basically opens up a signaling difference that makes the cells very vulnerable to cystine deprivation, leading to death,” Chi said. “It is almost like EMT is opens up a whole highway system (for cystine-mediated death), and therapeutically this could be very useful because there are actually compounds to block this.”

Chi says the team is now in the process of testing out these cystine-blocking molecules on tumors and searching for biomarkers that will help identify when cancers are likely to respond positively to this treatment.

“Tumor cells use this EMT programming to move faster, to move around the body,” Chi said. “We want to take advantage of this same pathway to cure you.”

Story from the Duke University. Original piece written by Kara Manke. Please note: The content above may have been edited to ensure it is in keeping with Technology Networks’ style and length guidelines.