More than five million Americans are living with Alzheimer’s disease (AD). Of them, 400,000 also have Down syndrome. Both groups have similar looking brains with higher levels of the protein beta amyloid. In fact, patients with Down syndrome develop the abnormal protein at twice the rate. 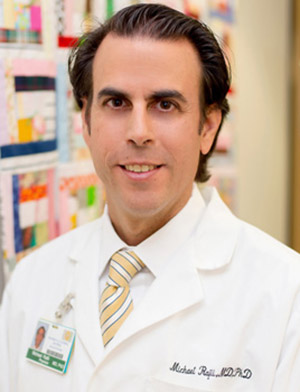 The 3-year study, called the Down Syndrome Biomarker Initiative (DSBI), involved twelve participants between the ages of 30 and 60 with Down syndrome, to study their aging process. The study focused on how soon protein plaques developed, where in the brain they were located and the effects of the plaques on cognition. To quantify how much amyloid was present in the brain, the study included extensive neuroimaging such as volumetric MRI, amyloid PET, FDG PET, and retinal amyloid imaging.

AD is believed to occur from the toxic buildup of beta amyloid. There are many forms of AD that are genetically inherited, including Down syndrome. People with Down syndrome have an extra copy of the 21st chromosome where the production gene for the beta amyloid protein resides.

The ADCS was founded by the late Leon Thal, MD, a world leader in Alzheimer’s research, to promote the discovery, development and testing of new drugs for the treatment of AD. It is part of a larger AD research and treatment effort at UC San Diego, which includes the Shiley-Marcos Alzheimer’s Disease Research Center, under the direction of Douglas Galasko, MD, and Edward Koo, MD, and the Memory Disorders Clinic, headed by Rafii.

Studies of AD and other neurodegenerative disorders at UC San Diego are part of the clinical and bench strength of the UC System. In the past five years, more than 130 UC investigators have conducted 350 research projects in the AD field, receiving roughly $339 million in funding support for both basic research and clinical trials.