A new study from researchers at the University of Sydney has explored how 10 different diets – including those high in protein, carbohydrates and fat – affect the gut microbiota in mice. The results are published in Nature Communications.

The bacteria living in your gut

The microbiome refers to the community of microbes – such as bacteria, fungi, viruses and bacteriophage – that occupy a specific habitat, such as the gut. 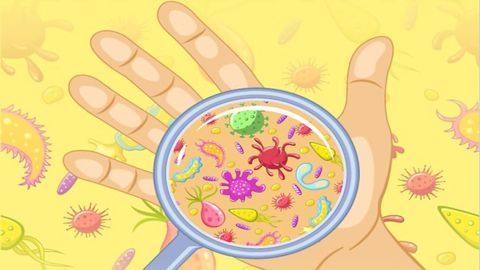 END_OF_DOCUMENT_TOKEN_TO_BE_REPLACED

Research has shown that the gut microbiome is important for human physiology and health. Disturbances to the composition of the gut microbiome can be associated with chronic diseases such as gastrointestinal inflammatory disorders, neurological, cardiovascular and respiratory illnesses. The human body has evolved strategies to ensure that a symbiotic relationship exists between the microbes in our gut and our cells; a relationship that is highly regulated by the immune system. A type of antibody, IgA is secreted by the mucosa to ensure that pathogens and pathobionts that could be harmful are excluded from the gut microbiome.

The make-up of our gut microbiome can be influenced by a number of factors, including our diet. What is not yet known is how the macronutrient composition of what we eat can affect the interaction between the microbiota in our gut and the secretion of IgA. Researchers, led by Laurence Macia, associate professor at the University of Sydney’s Charles Perkins Centre, have  used a system known as the “geometric framework for nutrition” – first adopted in the study of ecology” – to shed light on this query.

"The 'nutritional geometry' framework enables us to plot foods, meals, diets and dietary patterns together based on their nutrient composition, and this helps researchers to observe otherwise overlooked patterns in the links between certain diets, health and disease,” said Professor Stephen Simpson, academic director of the Charles Perkins Centre, co-author of the paper and developer of the framework.

The researchers used a pre-clinical mouse model for their study, testing the effects of 10 different diets with different compositions – fats, proteins and carbohydrates – on the levels of IgA.

Adding their nutritional framework to the equation, they identified an association between dietary protein levels and secreted IgA. Mice that had been fed a higher protein content in their diet were found to have increased production of bacterial extracellular vesicles, which contain DNA and protein. “These extracellular vesicles activate Toll-like receptor 4 to increase the epithelial expression of IgA-inducing cytokine, APRIL, B cell chemokine, CCL28, and the IgA transporter, PIGR,” the authors write in the paper. Essentially, the increased number of bacterial extracellular vesicles is perceived as a threat, which stimulates an immune response and the transportation of immune cells to the gut wall.

“We found protein had a huge impact on the gut microbiota and it was not so much about the type of bacteria that were there, but the type of activity,” said Mascia. He added that, in essence, the team has discovered a new method of communication between the gut bacteria and the host, meditated by protein.

The gut microbiome and immunity in humans

As the research is pre-clinical, further studies will be required to examine whether this phenomenon also occurs in humans. If indeed it does, this could be good or bad news. “By increasing antibodies in the gut you may see strong protection against potential pathogens, for example salmonella, but on the downside, an activated immune system could mean you are at increased risk of colitis, an inflammatory bowel disease, or autoimmune conditions like Crohn’s,” said lead author and post-doctoral researcher Dr. Jian Tan.

This article is a rework of a press release issued by the University of Sydney. Material has been edited for length and content.