| Original story from the University of Luxembourg
News

| Original story from the University of Luxembourg
Read time:

In a seven-year research effort, an international team of scientists has clarified the cause for certain genetic forms of Parkinson's disease, and has identified potential pharmacological treatments. The interdisciplinary research team, led by Prof. Rejko Krüger, of the Luxembourg Centre for Systems Biomedicine (LCSB) of the University of Luxembourg, experimented on patient-based cell cultures in the laboratory. The new combination of active substances they identified will have to undergo clinical trials before they can be used to treat patients. The research team published its results today in the prestigious scientific journal Science Translational Medicine.

A protein called DJ-1 plays a crucial role in keeping nerve cells functioning. If the body is unable to produce ample amounts of DJ-1, important nerve cells die. The result is the onset of neuro-degenerative diseases such as Parkinson's. The production of important proteins like DJ-1 can be disrupted or halted permanently if the genetic blueprints or the production processes they encode are defective. 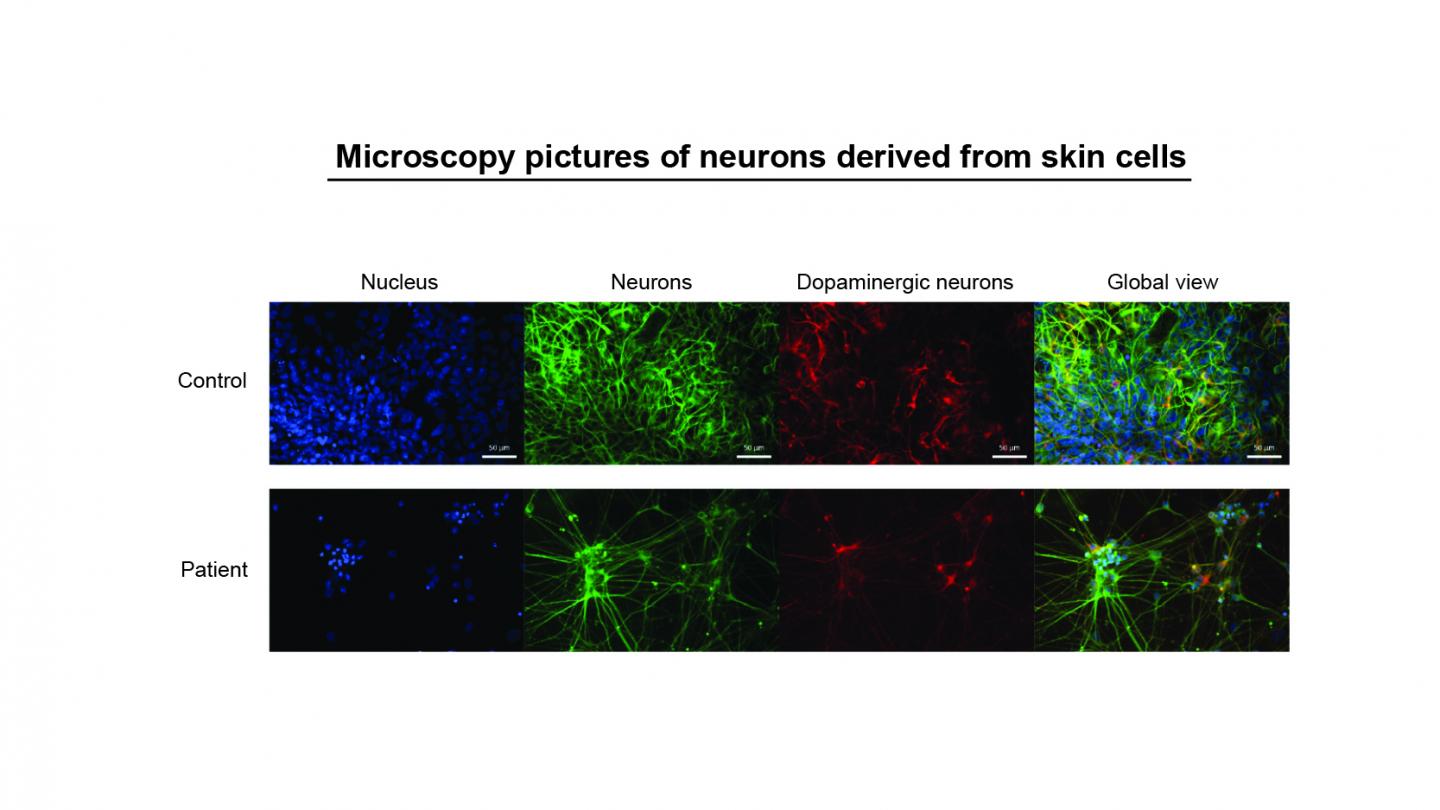 Now, Prof. Rejko Krüger's research team in Luxembourg has succeeded in identifying for the first time the importance of an error in the production process known as 'splicing' in the development of a certain form of Parkinson's disease. "In the patients, an essential tool for the assembly of the protein DJ-1 fails to dock properly," Krüger explains. "In scientific terms, we call that exon skipping. As a result of this defect, the protein doesn't get built at all." The research result offers an entirely new point of attack for treating this malfunction of protein synthesis with drugs. "This insight fundamentally changes our view of the causes of the disease and presents entirely new possibilities for treatment," says Dr Ibrahim Boussaad, LCSB scientist and first author of the scientific paper. "We could only gain this new understanding thanks to the skin cells from the patients," Boussaad emphasises.

The Luxembourg Parkinson's Study, initiated in 2015 (see also http://www.parkinson.lu), includes a group of 800 Parkinson's patients and 800 healthy control subjects. Thanks to the donation of skin cells taken by small biopsies, the researchers in Luxembourg were able to reprogram these cells to grow into nerve cells in vitro. These nerve cells are very similar to the neurons in affected regions of the donor's brain and can be used for analyses and tests in the laboratory. Because it is not possible to take neurons directly from the brain of patients, for health and ethical reasons, reprogramming is the only way to examine the clinical features of the patient's neurons in vitro. In scientific jargon, this is called a patient-based in vitro model, and is an important step in personalised medicine. Using this method, Prof. Krüger's team was able to explain the cause of the genetic form of Parkinson's disease in which the PARK7 gene is mutated. Prof. Thomas Gasser, a medical director at the Tübingen University Hospital and co-author of the paper, adds, "We are proud to have been able to contribute our expertise in the reprogramming of patient cells to this stem cell work of our colleagues in Luxembourg." Institutions from Germany, Italy and the USA collaborated in the research project.

Luxembourg's interdisciplinarity is a key to this success

Precise bioinformatics algorithms developed at the LCSB allowed the research team to immediately carry out an automated search for potential active substances for drug treatment. This yielded a hit in the form of the active compounds phenylbutyric acid and RECTAS (RECTifier of Aberrant Splicing). Administered in combination, these two active substances allow the cells in the test tube to effectively reactivate the production of the important protein DJ-1. "Only by combining numerous disciplines - from medical practice, to laboratory research, to computer science - could we understand the cause and at the same time identify active substances for a potential treatment," Prof. Rejko Krüger explains. He adds, "This kind of scientific progress 'Made in Luxembourg' is possible because all the necessary disciplines have been unified in Luxembourg for several years now." This work represents the high point to date of the PEARL program of the Luxembourg National Research Fund (FNR), through which the research of Prof. Krüger and his team is funded. The team of scientists especially expresses its gratitude to the people who are participating in the Luxembourg Parkinson's Study and who have made this research possible in the first place.

This article has been republished from the following materials. Note: material may have been edited for length and content. For further information, please contact the cited source.
Advertisement
Chosen for you
Webinar