New research led by scientists at The Scripps Research Institute (TSRI), International AIDS Vaccine Initiative (IAVI) and The Rockefeller University shows in mice that an experimental vaccine candidate designed at TSRI can stimulate the immune system activity necessary to stop HIV infection. The findings could provide key information for the development of an effective AIDS vaccine.

The research represents a leap forward in the effort to develop a vaccine against HIV, which has so far struggled to elicit antibodies (immune system molecules) that can effectively fight off different strains of the virus.

“The results are pretty spectacular,” said Dennis Burton, chair of the TSRI Department of Immunology and Microbial Science and scientific director of two centers at TSRI, the IAVI Neutralizing Antibody Consortium (NAC) and the National Institutes of Health (NIH) Center for HIV/AIDS Vaccine Immunology and Immunogen Discovery (CHAVI-ID).

The researchers’ long-term goal is to design a vaccine that prompts the body to produce antibodies that bind to HIV and prevent infection.

While many vaccines for other diseases use a dead or inactive version of the disease-causing microbe itself to trigger antibody production, immunizations with “native” HIV proteins are ineffective in triggering an effective immune response, due to HIV’s ability to evade detection from the immune system and mutate rapidly into new strains.

This challenge has led many researchers to believe that a successful AIDS vaccine will need to consist of a series of related, but slightly different proteins (immunogens) to train the body to produce broadly neutralizing antibodies against HIV—a twist on the traditional “booster” shot, where a person is exposed to the same immunogen multiple times.

In the new studies, the scientists tested one of these potential proteins, an immunogen called eOD-GT8 60mer, a protein nanoparticle designed to bind and activate B cells needed to fight HIV. The eOD-GT8 60mer was developed in the Schief lab and tested in mouse models engineered by the Nemazee lab to produce antibodies that resemble human antibodies. 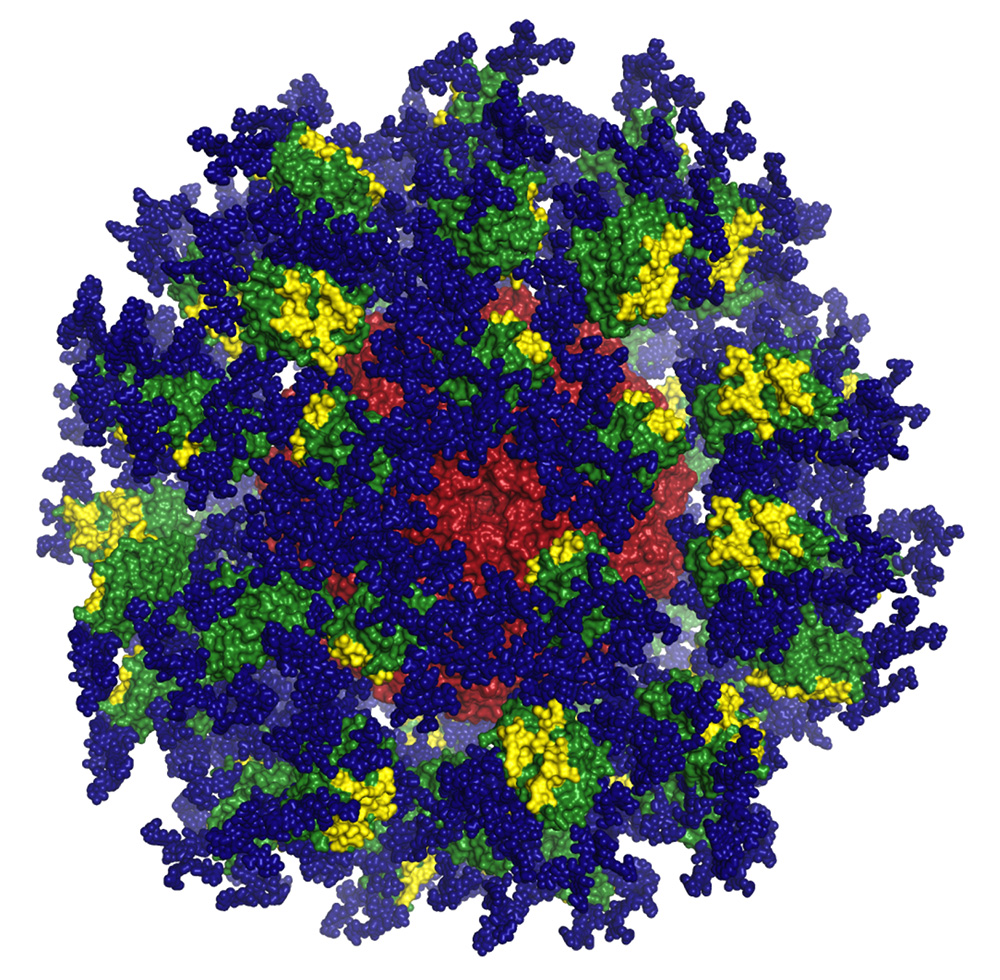 Using a technique called B cell sorting, the researchers showed that immunization with eOD-GT8 60mer produced antibody “precursors”—with some of the traits necessary to recognize and block HIV infection. This suggested that eOD-GT8 60mer could be a good candidate to serve as the first in a series of immunizations against HIV.

“The vaccine appears to work well in our mouse model to ‘prime’ the antibody response,” added Nemazee.

In the paper, researchers used the same eOD-GT8 60mer immunogen but used a slightly different mouse model. “The immunogen again launched the immune system in the right direction,” said Schief.

A concurrent study also in Science (led by Professor John Moore of Weill Cornell Medical College and including contributions from Schief, Burton, TSRI Associate Professor Andrew Ward, Ian Wilson, who is Hansen Professor of Structural Biology and chair of the Department of Integrative Structural and Computational Biology at TSRI, and other researchers) showed engineered immunogens also triggered immune responses in rabbit models and non-human primate models.

With eOD-GT8 60mer in the running as a potential contributor to an HIV vaccine, the researchers are now investigating other immunogens that could work in conjunction with it.

Schief said the Nemazee lab’s mouse models will be crucial resources for testing other engineered immunogens. He emphasized the importance of bringing different disciplines together to engineer mouse models, design antibodies and analyze results. “This was a beautiful collaboration of three labs at TSRI,” said Schief.

Infant Allergies Impacted by Their Mode of Birth

END_OF_DOCUMENT_TOKEN_TO_BE_REPLACED

Research indicates that organ tissues become increasingly immune throughout life, which may begin to alter fundamental ideas regarding the rules of vaccination and the immune system's function within the body.

END_OF_DOCUMENT_TOKEN_TO_BE_REPLACED

A study has shown a link between the frequency and duration of unconscious wakefulness during night-time sleep and an increased risk of dying from diseases of the heart and blood vessels, and death from any cause, particularly in women.