The CRISPR-Cas system, which is found in bacteria and archaea, protects bacteria from invaders such as viruses. It does this by creating small strands of RNA called CRISPR RNAs, which match DNA sequences specific to a given invader. When those CRISPR RNAs find a match, they unleash Cas9 proteins that cut the DNA. In recent years, the CRISPR-Cas system has garnered a great deal of attention in the research community for its potential use as a gene editing tool – with the CRISPR RNA identifying the targeted portion of the relevant DNA, and the Cas protein cleaving it.

But for Cas9 to do its work, it must first find its way into the cell. This work focused on demonstrating the potential of a new vehicle for directly introducing the CRISPR-Cas9 complex – the entire gene-editing tool – into a cell. 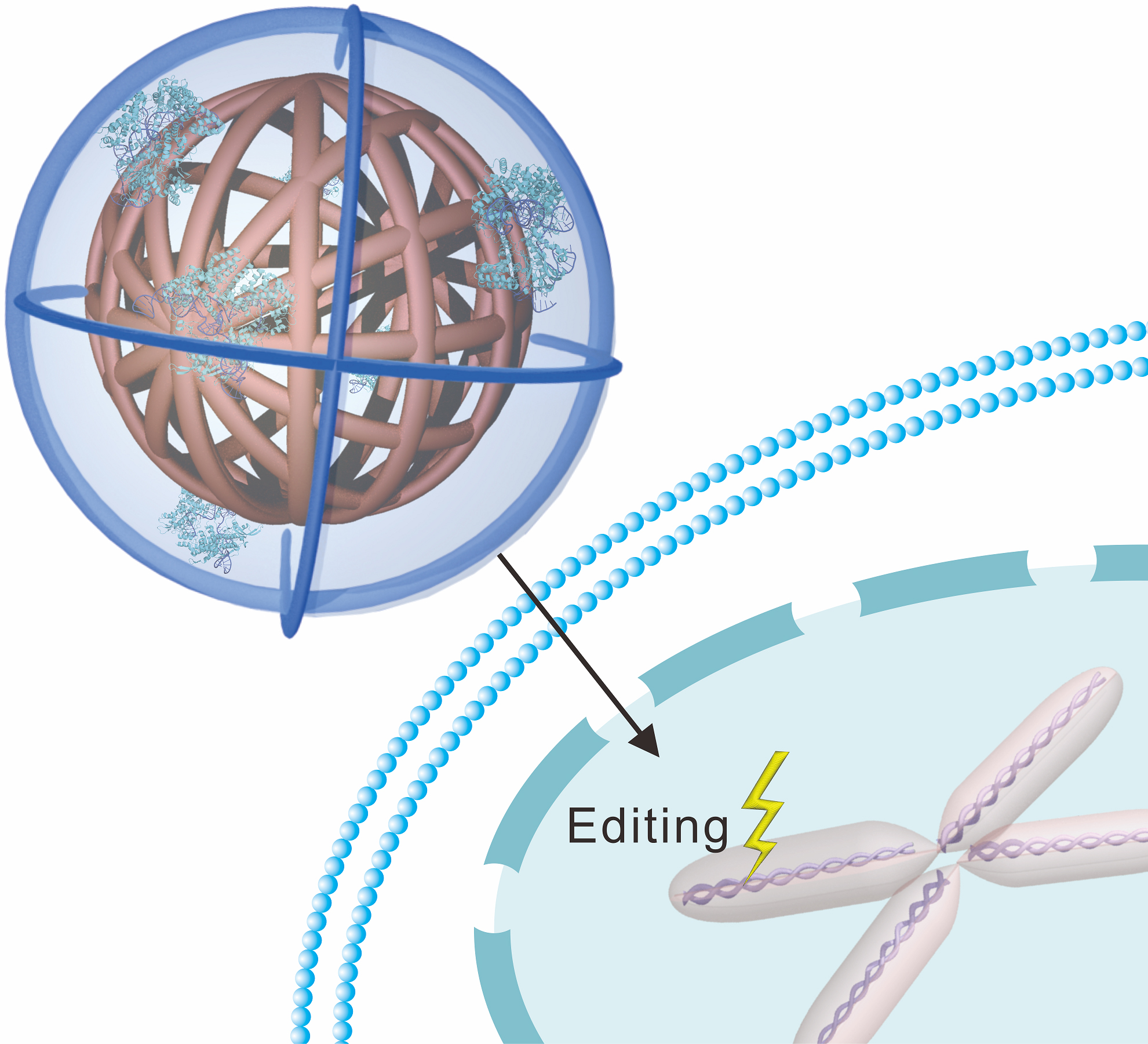 “Traditionally, researchers deliver DNA into a targeted cell to make the CRISPR RNA and Cas9 inside the cell itself – but that limits control over its dosage,” says Chase Beisel, co-senior author of the paper and an assistant professor in the department of chemical and biomolecular engineering at NC State. “By directly delivering the Cas9 protein itself, instead of turning the cell into a Cas9 factory, we can ensure that the cell receives the active editing system and can reduce problems with unintended editing.”

“Our delivery mechanism resembles a ball of yarn, or clew, so we call it a nanoclew,” says Zhen Gu, co-senior author of the paper and an assistant professor in the joint biomedical engineering program at NC State and UNC-CH. “Because the nanoclew is made of a DNA-based material, it is highly biocompatible. It also self-assembles, which makes it easy to customize.”

The nanoclews are made of a single, tightly-wound strand of DNA. The DNA is engineered to partially complement the relevant CRISPR RNA it will carry, allowing the CRISPR-Cas9 complex – a CRISPR RNA bound to a Cas9 protein — to loosely attach itself to the nanoclew. “Multiple CRISPR-Cas complexes can be attached to a single nanoclew,” says Wujin Sun, lead author of the study and Ph.D. student in Gu’s lab.

“And they did work. More than a third of cancer cells stopped expressing the fluorescent protein,” Beisel says.

“This study is a proof of concept, and additional work needs to be done – but it’s very promising,” Gu says.