Turning up the Tap on Microbes Leads to Better Protein Patenting

The research describes a strategy for quickly finding specific enzymes among the millions of proteins listed in genetic databases. The study resulted from a collaborative research effort that included scientists from UC Davis, UCLA and the University of Washington.

The research team hopes to apply the breakthrough approach to bioengineering problems in food, health and biofuels.

"We can skip the traditional steps and jump really quickly to the enzyme of interest," said senior author Justin Siegel, a UC Davis assistant professor of chemistry and biochemistry.

The researchers filed for a patent claim on the study results — a small set of residues that clearly correlate with a targeted protein function. Residues are another term for amino acids, the building blocks of proteins. The residues identified in the study increase production of E. coli bacteria. 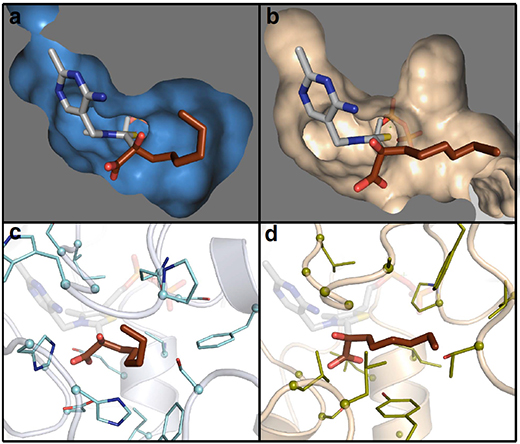 "It's a completely new way of filing a patent for protein," Siegel said. Patenting residues instead of entire proteins could minimize challenges from competitors, Siegel said. "Our approach offers better protection.

"If the residues are present in any protein in this context, then we own it," Siegel said. "If you can really patent a protein well, it makes it much easier for companies to get something of value with a single patent."

Enzymes are the backbone of biology's chemical factories. These protein molecules speed up biological chemical reactions and are used to manufacture everything from medicine to biofuels. The specialized enzyme industry is worth millions of dollars, with the market estimated to hit nearly $1 billion by 2020, according to Allied Market Research.

Siegel and his research colleagues discovered an enzyme that changes a key step in an E. coli metabolic pathway, which makes short-chain alcohols such as ethanol. Previous research by project collaborators at UCLA revealed that tweaking a single enzyme, called KIVD, can shift the output toward long-chain alcohols.

The best candidate from their search was surprisingly different from the KIVD protein, Siegel said. The two proteins shared only 15 percent of the same amino acid sequences. This is unusual because most enzyme engineering — and patents — target proteins that are 80 to 90 percent similar to the original, he said.

However, even though the protein swap pumped up long-chain alcohol production, the bacteria's overall output dropped. That's because the long-chain alcohols were toxic to the microbes, destroying their cell walls, Siegel said. Alternative production methods such as continuous extraction could solve the toxicity problem, or engineering the cells to better withstand the chemicals.

The researchers also tested their new approach against a more traditional enzyme engineering technique. With this technique, the team mutated the activity of a well-known enzyme to get the desired function. This required two successive rounds of screening more than 400 mutants to find a good match.

"We had to make thousands of genes to do mutagenesis, and it took a lot more time, money and effort than genomic mining," Siegel said. "Our new methods will hopefully translate into better, cheaper, more sustainable catalysts and chemicals."