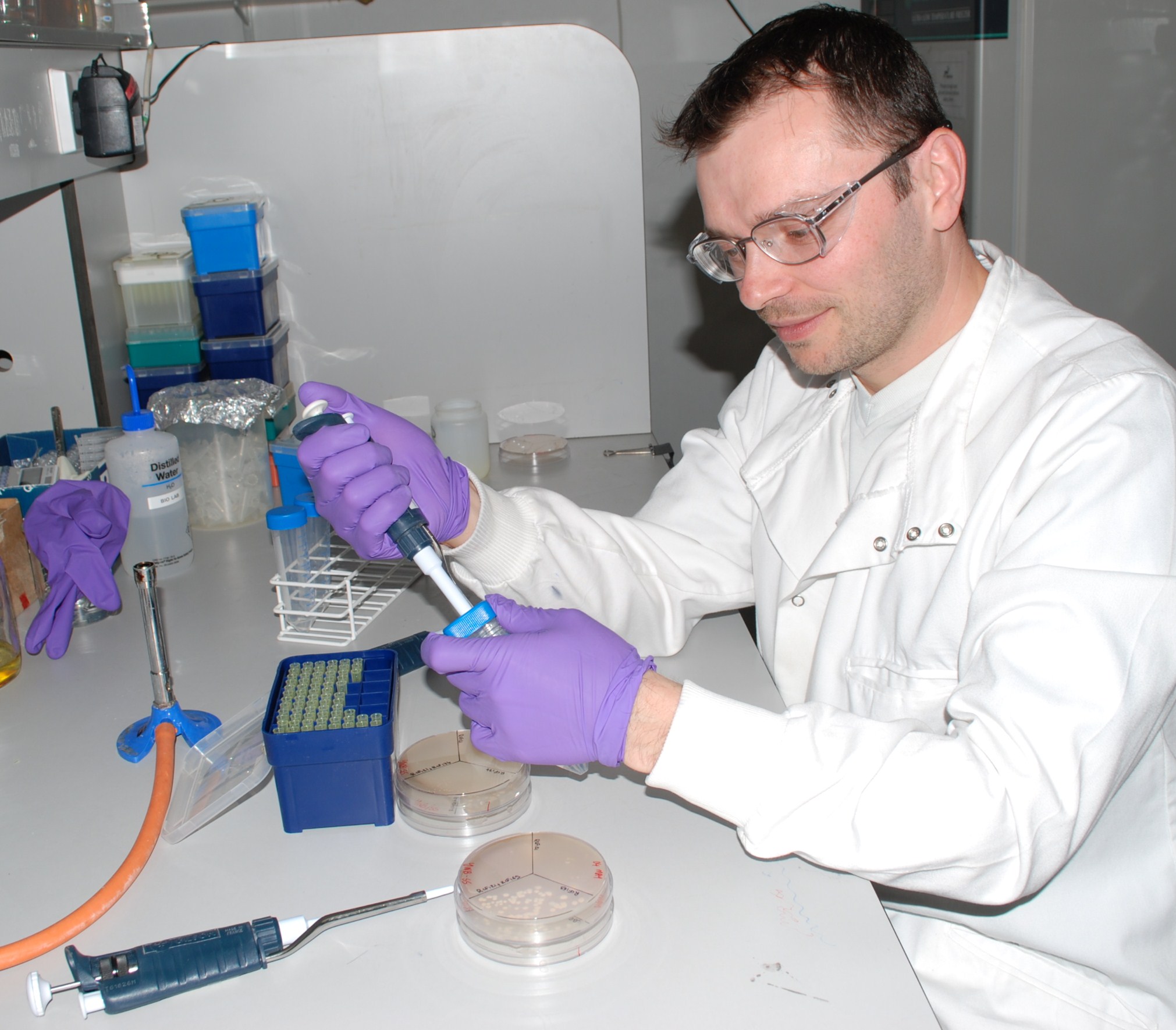 This work is part of a collaboration with researchers at the University of Aberdeen and the University of St Andrews, as Professor Marcel Jaspars of the Marine Biodiscovery Centre at the University of Aberdeen explained: “Small molecule drugs, such as paracetamol, are cheap, easy to administer and readily available. At the other end of the scale are large biologics such as antibodies, which have to be administered by injection and may require patients to attend hospital for treatment. They may need to be stored in a fridge to maintain stability, and tend to be expensive. Consequently, there is a great deal of interest in the production of compounds of intermediate size that have the properties of antibodies but can be taken orally.”

“Our aim is to develop a flexible, cost-effective technology platform for the production of drugs based on cyanobactin cyclic peptides. These peptides – which are native to many marine and freshwater species – show excellent promise against diseases such as drug resistant tumours, but their gene clusters are complex and difficult to manipulate. Ingenza’s inABLE technology allows us to shuffle genes very quickly, eliminating laborious, time-consuming manual processes and allowing the generation of large quantities of peptides.”

“This technology has been the key to a successful ongoing collaboration between the University of Aberdeen, Ingenza and Professor Jim Naismith at the University of St Andrews, to produce novel cyclic peptides for therapeutic testing. The next step is to expand the number of organisms we are investigating and generate larger quantities of these cyclic peptides, enabling industrial partnerships to be formed to develop new therapeutics targeting specific disease areas.”