Laura Lansdowne is the managing editor at Technology Networks, she holds a first-class honors degree in biology. Before her move into scientific editing, Laura worked at the Wellcome Sanger Institute and GW Pharma.
Learn about our editorial policies
Pixabay

“Starting now, when I consider speaking invitations, I will expect a level playing field, where scientists of all backgrounds are evaluated fairly for speaking opportunities,” explains Francis S. Collins, M.D., Ph.D. Director of the National Institutes of Health, in a recent statement.

Collins has directly addressed the issue of underrepresented groups in science. To emphasize his concern, Collins says that from now on if he feels that attention to inclusiveness is not evident in the agenda of a scientific event, he “will decline to take part.”

“Too often, women and members of other groups underrepresented in science are conspicuously missing in the marquee speaking slots at scientific meetings and other high-level conferences,” writes Collins.

He is not the first to highlight this issue, others, including award-winning physicist Jessica Wade, PhD, from Imperial College, have been making extraordinary efforts to enhance the profile of female scientists and other underrepresented groups within the field.

“… we need people to work harder to make sure we consider diversity when we advertise positions or invite people to give seminars,” explains Wade.

In his statement Collins refers to the following 2018 National Academy of Sciences, Engineering and Medicine report “Sexual Harassment of Women: Climate, Culture, and Consequence in Academic Science, Engineering, and Medicine” – a comprehensive study on the extent of sexual harassment across the science, technology, engineering and mathematics or “STEM” fields.

Among other recommendations, the report states that: “Academic institutions and their leaders should take explicit steps to achieve greater gender and racial equity in hiring and promotions, and thus improve the representation of women at every level.”

In line with the report recommendation, Collins stresses: “the critical role that scientific leaders must play to combat cultural forces that tolerate gender harassment and limit the advancement of women.”

“These concerns also are highly relevant to other groups underrepresented in science. It is not enough to give lip service to equality; leaders must demonstrate their commitment through their actions.” Collins adds.

His efforts to highlight the issue have not gone unnoticed. Shortly after the release of Collins’ statement, Jeremy Farrar, Director of the Wellcome Trust, tweeted his support: “We @wellcometrust agree & have made a commitment & refuse to serve on panels or talk at events that do not honor the same commitment.”

Joshua A. Gordon, Director of the National Institute of Mental Health (NIMH), also showed his support: “I stand with the @NIHDirector's pledge to expect and enforce an even and inclusive playing field for scientists of all backgrounds when I evaluate invitations to attend and present at events. Time to end #manels.”

“We need people in charge to recognize the importance of networks and mentoring for underrepresented communities – especially those who might not otherwise put themselves forward. I also think academia needs to become less elitist and remember how lucky we all are to do jobs that inspire us and work with people who are exciting,” explains Wade.

“If we don’t have diverse groups of people doing science, we’ll do worse science.”

Numerous Twitter users have been using the hashtag “#manels” to express their views on all-male panels of speakers, the subject of underrepresentation and to show their support. 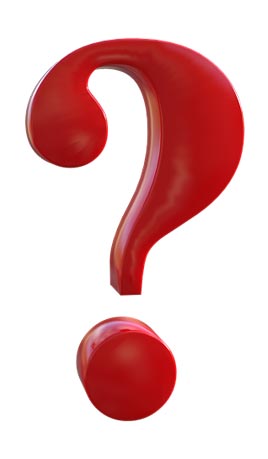 What are your experiences of panels at scientific conferences? Was there a lack of diversity? Did this impact the discussions? Let us know your thoughts in the comments below.

Complete the form below to unlock access to this Audio Article: "Addressing Gender Bias – “It Is Time to End the Tradition in Science of All-Male Speaking Panels”"