Biosafety and the Agents of Doom 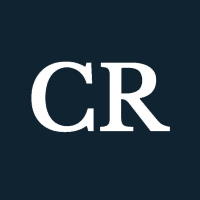 Carl Robinson holds a PhD in microbiology from the University of Sheffield. He is currently a senior research associate at the University of Cambridge School of Veterinary Medicine.
Learn about our editorial policies
Credit: iStock.

Ok so the title may be a bit extreme, but it is wise to remember that some of the pathogens discussed in this article are associated with hundreds of millions of infections and the deaths of millions of people annually. Indeed one of them, in some estimates, has killed half the human population that has ever existed1. With these quite staggering numbers in mind it is vitally important that scientists have facilities available to them to elucidate the pathogenic mechanisms of these organisms. This enables the design of diagnostic tests to identify infected individuals, new therapies to treat infected patients and preventative measures to stop infection in the first place. These facilities have two primary functions; firstly to prevent the operator from becoming infected with the agent they are working with and secondly to prevent the organism from escaping the laboratory setting and thereby having the potential to initiate new outbreaks of disease.

To ensure the safety of those within and outside laboratory facilities, country-specific biosafety regulations are put in place by local authorities. The containment/biosafety level is a set of control measures which are required to enable diagnostic and research activities on pathogenic agents. In the UK, it is determined by the Health and Safety Executive (HSE) under the auspices of health and safety regulations, including the Control of Substances Hazardous to Health regulations (COSHH). Biological agents are classified into four hazard groups (HG), HG1-4, depending on their pathogenicity, transmissibility, availability of vaccines and treatment options. In the UK this is determined by the Advisory Committee on Dangerous Pathogens. As you might imagine, the stringency and complexity of these measures increases with each HG and they are additive - what you require at level 1 you also require at level 2 and so on. At all levels of containment, risk assessments are required to determine the level of risk, and codes of practice and standard operating procedures are written to minimise the risk of exposure or release.

Defining the levels of hazard and protection

Containment level 1 precautions are suitable for organisms that generally do not pose a threat to the operators and environment. Work on these organisms is generally performed in a standard laboratory setting with basic restrictions and common-sense precautions (like no eating or drinking), and minimal personal protective equipment (gloves, goggles and Howie lab coat). Benches are sealed, easy to clean and resistant to chemicals and hand washing is required on exit from the laboratory. Waste generated is generally disinfected chemically, incinerated or autoclaved. Examples of organisms used at this level are Bacillus subtilis and laboratory strains of Escherichia coli used in hundreds of thousands of laboratories performing molecular biology techniques worldwide.

In addition to the measures detailed above, at containment level 2, workers must have documented training from competent teachers in the manipulation of pathogenic organisms. Organisms are stored safely, access to the laboratory is restricted to those authorised, biological safety cabinets are required when manipulations are likely to generate aerosols and specified disinfection procedures are adhered to. This level of containment is suitable for organisms that pose a moderate risk to the personnel and environment and there is usually an effective prophylaxis or treatment available. Agents classified at this level are from a whole range of pathogenic organisms, from helminthic parasites, protozoans and prions (like Schistosoma japonicum, Toxoplasma gondii and Scrapie), to, bacteria, fungi and viruses (like Corynebacterium diphtheria, Candida albicans and Mumps virus).

However, whilst these agents pose only a moderate risk in the laboratory setting, it must be remembered that they are responsible for a considerable proportion of global infectious disease cases annually. Streptococcus pneumoniae for example was estimated to have caused 1.6 million deaths in 20152. Although vaccines are available, they only confer protection from disease by homologous strains and the vaccine that protects against most strains is not licenced for use in children under two.

A second streptococcal pathogen, Streptococcus pyogenes (GAS), is associated with incredibly high morbidity, with an estimated 700 million cases per annum in its various clinical presentations. The mortality rate is relatively low, but deaths associated with severe GAS infection are estimated in excess of 0.5 million per year3, and there are no currently licenced vaccines available despite many years of research around the world.

Indeed, the number of cases of one particular and largely forgotten presentation of the disease, scarlet fever, has been increasing over the last few years4-6. In the UK alone there were 17,813 reported cases in 2017 compared to 4,643 in 2013. Whilst this does not reach the peak heights of recorded numbers that were seen before the introduction of antibiotics it is still very concerning.

Hazard group 3 organisms can cause severe human disease, are a serious hazard to employees and can spread to the community, but there is usually a prophylaxis or treatment available. At this level of containment, the laboratory should be separated from other activities within the same building and have a set of double self-sealing doors. Workers should be visible via an observation window and the facility should contain its own dedicated equipment. Additionally, the room(s) should be maintained under negative pressure with extracted air filtered by high efficiency particulate adsorption (HEPA) filters and be sealable to allow complete disinfection with an appropriate chemical disinfectant, e.g. formaldehyde or hydrogen peroxide.

As with hazard group 2, there are agents from all categories of pathogen (e.g Taenia solium, Trypanosoma cruzi, Yersinia pestis, Histoplasma capsulatum, Dengue fever virus and the agents of Creutzfeldt-Jakob disease). Some of the agents classified within this level are also associated with considerable global morbidity and mortality. Mycobacterium tuberculosis, for example, caused tuberculosis (TB) in approximately 10.4 million people in 2016 which was associated with 1.7 million deaths, 375,000 of which were also infected with HIV. Concerningly, 600,000 of these TB infections were resistant to rifampicin, of which 490,000 were also multi-drug resistant. As a pathogen in its own right, HIV was associated with 1.1 million deaths in 2015, and whilst this number is still very high, the use of antiretroviral therapy (ART) means it is 45% lower than in 2005. And finally, Plasmodium falciparum, the causative agent of malaria, was associated with 216 million cases in 2016 with 445,000 deaths. This is a 60% drop in death rate since 2000, largely due to mosquito control measures, although several issues including insecticide resistance and poor quality and distribution of mosquito prevention measures threatens the global gains achieved.

Work at containment level 4 is restricted to a relatively small number of viral agents (less than 25) that cause severe or fatal human disease, are a serious hazard to employees and the community and normally no treatment or prophylaxis is available. In addition to the control measures at level three, the whole laboratory must be impervious to water, entry is gained through air locks where clothes are changed, and operators are required to shower on exit. Additionally, the input air is HEPA filtered and the extract is double filtered. In the UK all work within these facilities is carried out using seamless class III biosafety cabinets irrespective of the risk of aerosolization and all material passing out of the cabinet are either autoclaved or passed through a tank of disinfectant. Due to the cost of setting up and maintaining these facilities they are not very common.

Included in this category are the viruses associated with haemorrhagic fevers like Ebola, Marburg and Lassa. It must be noted that whilst the case fatality rate associated with infection with these viruses is high, the global disease burden is now low, with only Ebola estimated to have caused more than 5,000 deaths in 20152. Also in this category is small pox, the only human disease to have been declared eradicated from the environment, although stocks are still retained in high security facilities by both the USA and Russia.

Jan-Ingmar Flock, professor of microbiology from the Karolinska Institute, Sweden would argue that “whilst expensive to set up initially, run and maintain it is imperative that research scientists have access to all levels of containment facilities. Without them the ability to understand pathogens and subsequently develop diagnostic tests and vaccines to combat the most serious human and animal infectious diseases known, and the unknown threats of the future, would not be possible.”

With all the will in the world mistakes happen. There have been a number of incidents reported by the Centers for Disease Control and Prevention (CDC) in the USA where workers have potentially been exposed to Ebola, highly pathogenic influenza and Anthrax. Issues highlighted included a lack of an approved study plan, use of unapproved sterilization techniques, lack of approved protocols, lack of a standard operating procedure and the transfer of potentially inactivated materials from high level containment to low level. The reports also highlighted the measures that have been taken to prevent such mistakes happening again. The incidents at the CDC laboratories are not unique and information released under the freedom of information act highlighted other examples, including staff exposed to Bacillus anthracis and Mycoplasma bovis, at the UK government Veterinary Laboratories Agency (AHVLA) due to systematic failures.

One final high-profile example was the release of pathogenic microorganisms from a containment facility, which whilst it did not impact human health, definitely impacted animal health and the environment and was certainly preventable. In 2007, an outbreak of foot and mouth disease (a level 4 specified animal pathogen) was identified in the UK and the causative strain was traced to a leaking effluent pipe at the UK government’s high security animal pathogen laboratory, The Institute for Animal Health at Pirbright in Surry. The report into the incident indicated that a lack of resources were available to maintain the facilities to the standard required. The facility was licenced, regulated and inspected by the Department for Environment, Food and Rural Affairs (DEFRA), which also provided a large proportion of the funding for the institute. This was seen as a conflict of interest. The regulation of laboratories handling animal pathogens and the regulatory powers have now been transferred to a common frame work with human pathogens that is overseen by the HSE.

Dr Neil Bryant, biosafety officer for the UK’s Animal Health Trust, commented “You can put as many protocols and standard operating procedures in place as required, but if people do not follow them then breaches in containment will happen, it is all about training and instilling a working ethic so that potential breaches are avoided.”

Complete the form below to unlock access to this Audio Article: "Biosafety and the Agents of Doom"

Carl Robinson, PhD
More from this author >
Advertisement
Chosen for You
Podcast

A Conversation on Immunity