Listen to this article

Gas chromatography (GC) is an analytical technique used to separate and detect the chemical components of a sample mixture to determine their presence or absence and/or quantities. These chemical components are usually organic molecules or gases. For GC to be successful in their analysis, these components need to be volatile, usually with a molecular weight below 1250 Da, and thermally stable so they don’t degrade in the GC system. GC is a widely used technique across most industries, including for:

Gas chromatographs are frequently hyphenated to mass spectrometers (GC-MS) to enable the identification of the chemical components. 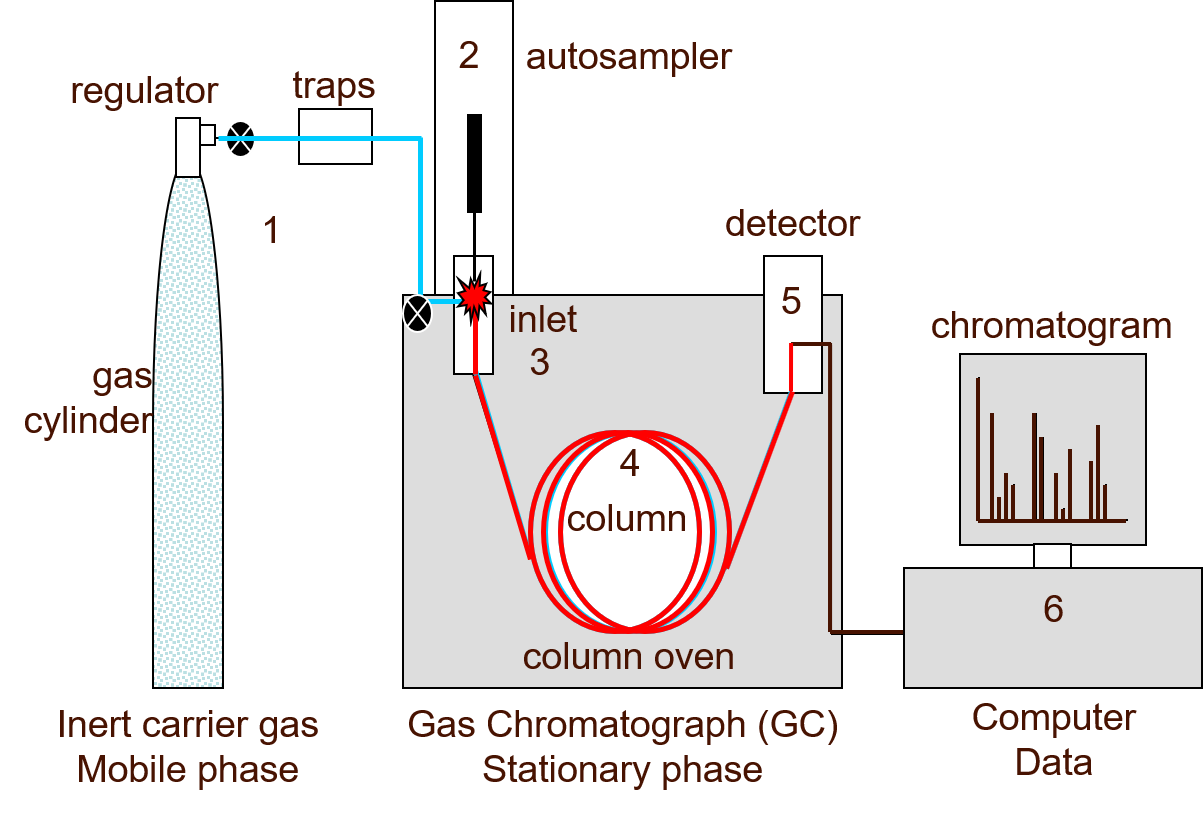 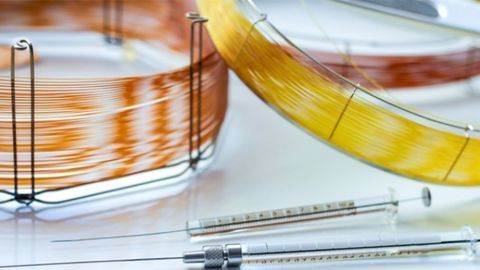 END_OF_DOCUMENT_TOKEN_TO_BE_REPLACED

Mass spectrometry (MS) is an analytical technique that can be hyphenated to a GC and used instead of the GC detector. The neutral molecules elute from the analytical column and are ionized in the ion source to produce molecular ions which can degrade into fragment ions. The fragment and molecular ions are then separated in the mass analyzer by their mass:charge (m/z) ratio and are detected. Data from a GC-MS is three dimensional, providing mass spectra that can be used for identity confirmation, to identify unknown analytes and to determine structural and chemical properties of molecules, as well as the chromatogram that can be used for qualitative and quantitative analysis. 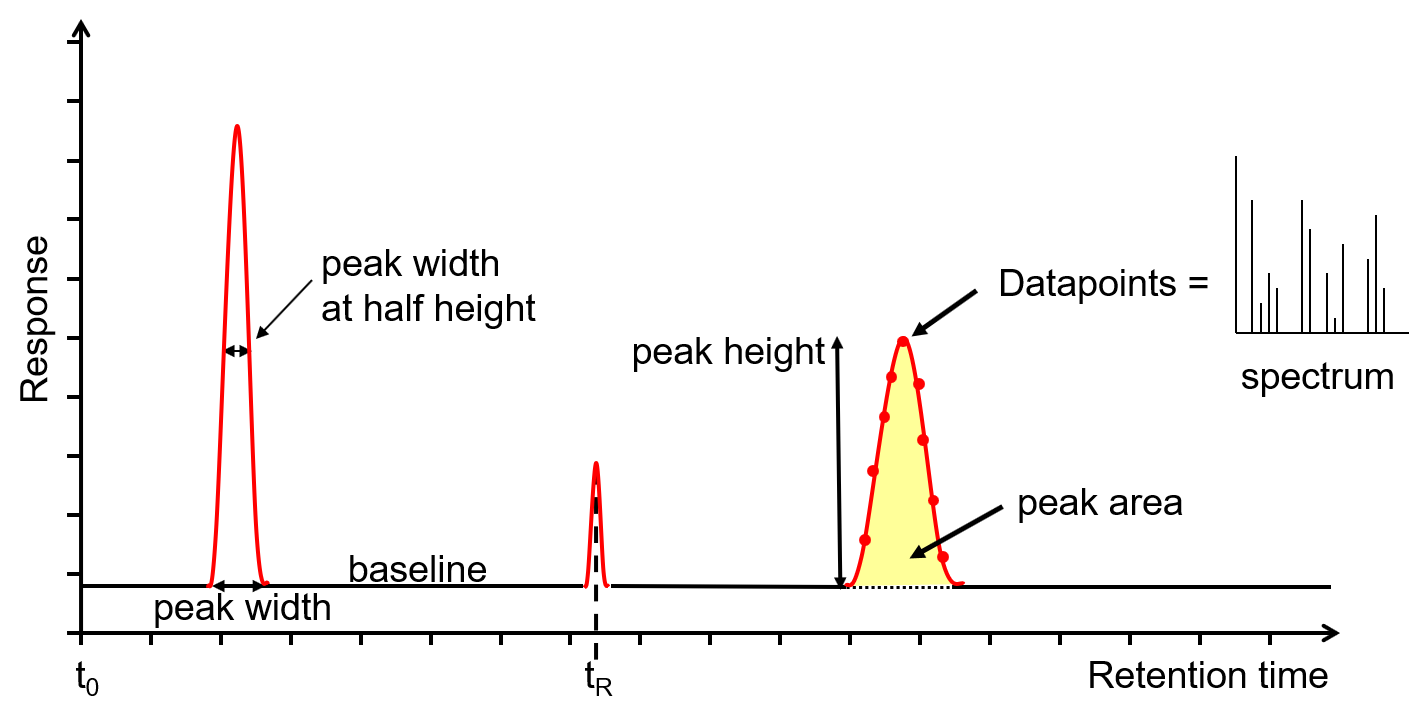 Much information can be gained from the chromatogram (Figure 2) on the health of the GC or GC-MS system as well as the data required to perform qualitative or quantitative analysis.

Compared to some other separation techniques, GC has a high peak capacity with the ability to separate hundreds of compounds. However, for some applications where thousands of peaks need to be separated, there aren’t enough theoretical plates to chromatographically separate them all. Examples may include the analysis of diesel,10 or where trace analytes need to be detected in complex matrices like environmental, biological or food11 samples. Spectral resolution, where an MS is hyphenated to a GC, enables analysis to be performed without full chromatographic resolution, however the coeluting peaks must have different spectra for this to be fully successful. 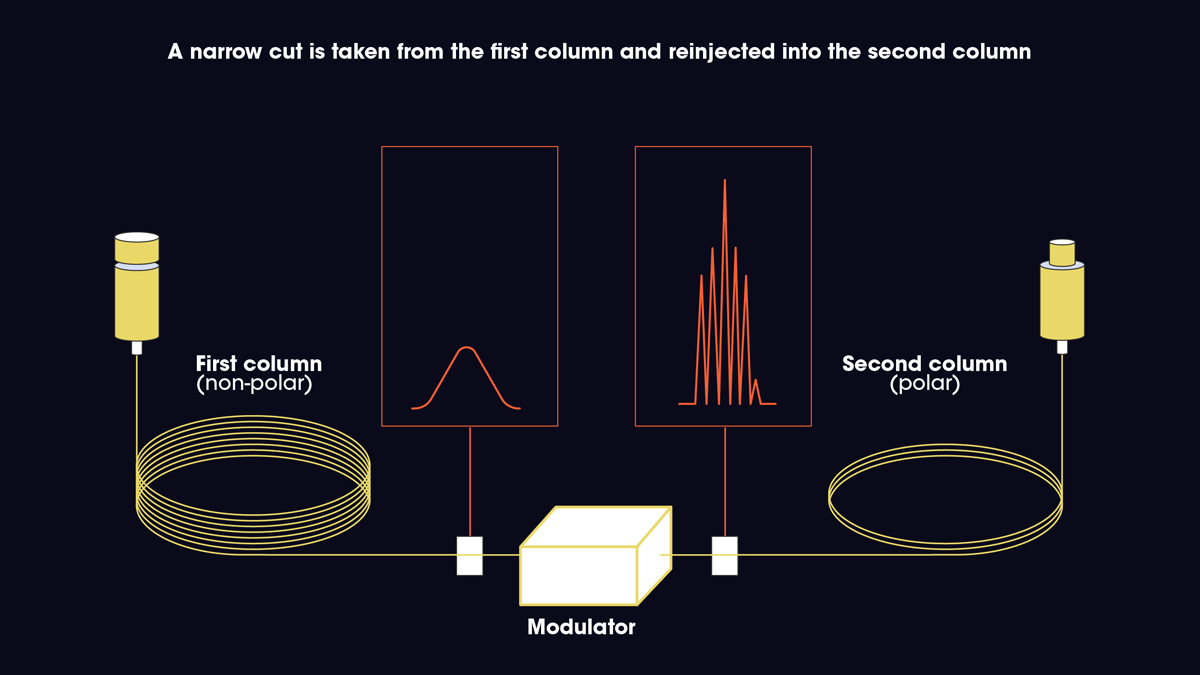 Heart-cutting is useful where a column is selected to separate the majority of the peaks, then a few groups of coeluting peaks are “cut” and transferred onto a second column containing a different stationary phase and selectivity (Figure 3). Only a few cuts can be transferred through the run, therefore it can only be used where there are a few problem separations. 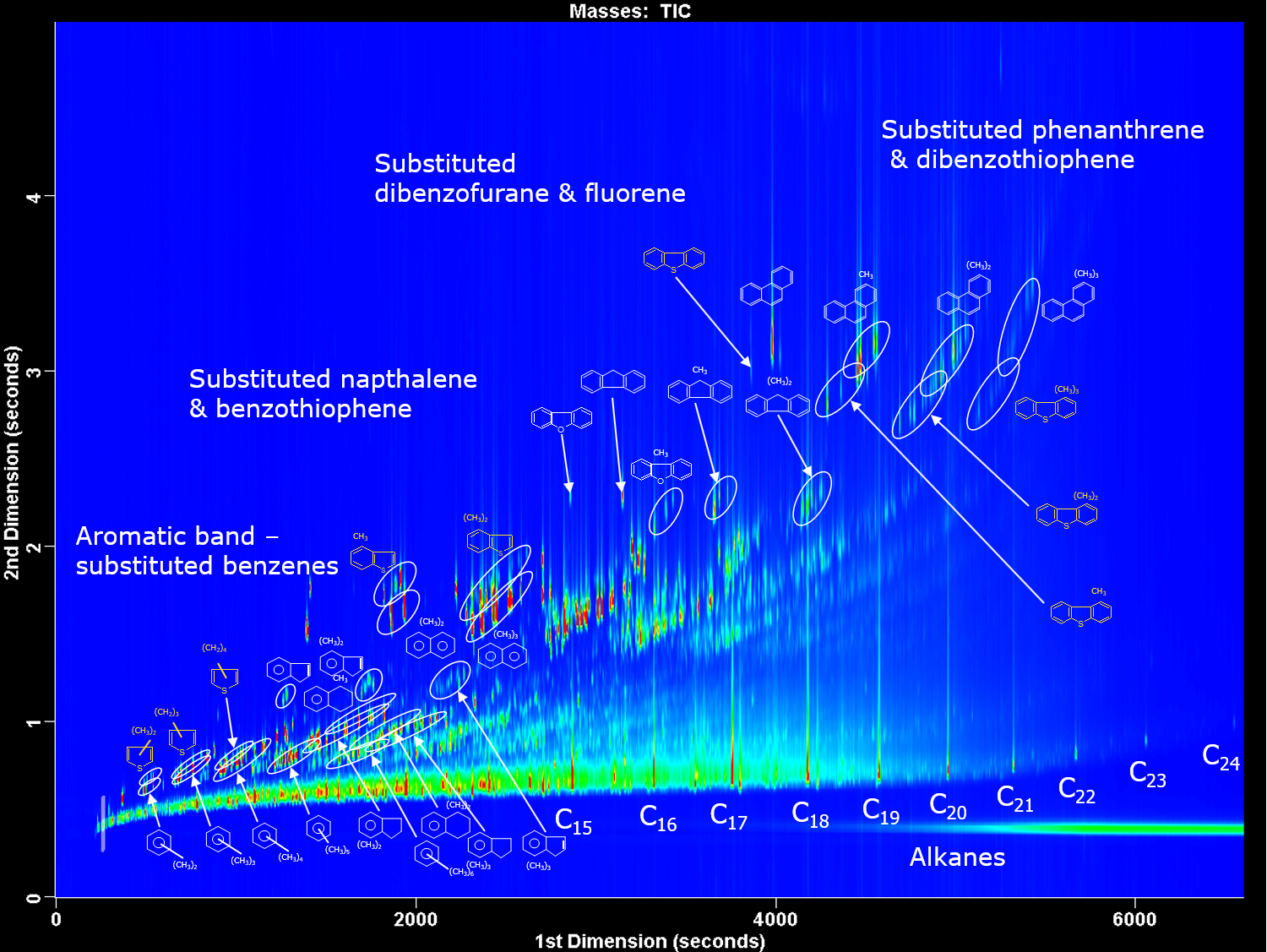 For complex samples where there are frequent coelutions, comprehensive two-dimensional chromatography (GC x GC) is used. Two columns, containing different stationary phases and therefore different separation mechanisms, are set-up in series. The “normal” set-up is a 1st dimension non-polar column followed by a 2nd dimension more polar column, as shown in Figure 4, for the analysis of diesel. A modulator is used between the two columns to take a cut from the first column and reinject in a narrow sample band onto the second column. Thermal modulators achieve this using temperature to trap and then release the molecules, flow modulators collect the effluent, compress and flush the molecules onto the second column. Cuts are taken throughout the run, usually every 1 to 10 seconds. Separation on the second column should be achieved before the next cut is introduced. This fast separation is achieved by using a short, narrow second column, usually 1-2 m of 0.1 mm internal diameter used with thermal modulators; or a short, wider second column, usually 5 m of 0.25 mm internal diameter used with flow modulators. GC x GC peaks are very narrow, down to 35 ms, therefore fast GC detectors or high acquisition rate mass spectrometers >100 Hz must be used to acquire enough data points. 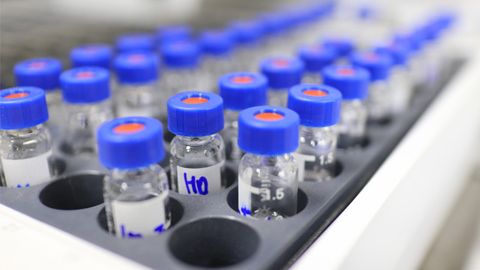