Oncology, like other areas of healthcare, relies on technology. Three dimensional (3D) bioprinting and artificial intelligence (AI) have been fundamental technologies for understanding disease and contributing to groundbreaking research. Within the past year, technological developments have provided opportunities for early diagnosis and targeted treatment for mesothelioma patients.

Mesothelioma patients are typically diagnosed in the late cancer stages, leaving them with inadequate treatment options. As with any disease, early diagnosis is paramount. However, since mesothelioma has a prolonged latency period, it may not be discovered for over 45 years after initial exposure. 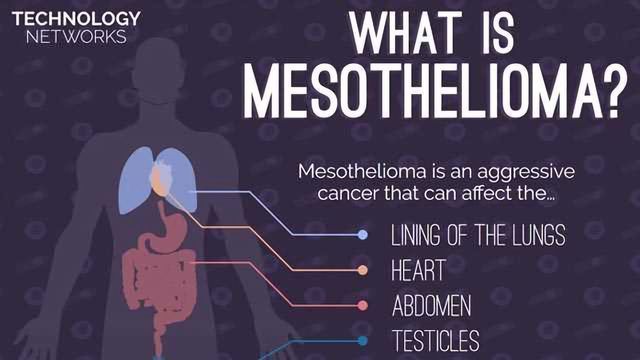 END_OF_DOCUMENT_TOKEN_TO_BE_REPLACED

Although researchers are looking into other potential causes, asbestos exposure is the most apparent and thought to be the most common cause of mesothelioma. Asbestos was a mineral previously used in a variety of products, as well as being a common additive in homes and buildings from the 1930s to 1980s, due to its low price, flame-resistant properties, and suitability for industrial projects. It continues to threaten society through second and third-wave exposure due to deterioration and construction. The United States Environmental Protection Agency (EPA) aims to protect the public from exposure to asbestos; today the USA tolerates just 1% of asbestos in commercial goods.

Although there are only 3,000 new mesothelioma cases each year, veterans make up 30% of this population. Additionally, every year 1.3 million construction workers come into contact with asbestos. Other at-risk occupations include civil engineers, making up 3.9% of mesothelioma deaths in 1999, and research indicates that any worker exposed to asbestos has a 10% chance of developing mesothelioma.

For those who encountered this carcinogenic fiber, their prognosis is then cut by both age and the tumor’s growth to inoperable and inaccessible organs. However, developments in AI and 3D bioprinting have led to the possibility of a revised treatment plan, with which mesothelioma patients could have an improved chance at survival.

Machine learning, a subfield of AI, can be used to detect tumors, and can also act as a tool for doctors to verify and observe the tumor at its earliest stages, which could transform a patient’s prognosis.

Researchers in Turkey conducted a trial in 2015 in which they employed an artificial immune system to diagnose patients who had malignant pleural mesothelioma. The AI model performed with a 97.74% accuracy for the patients who tested positive.

Developments in machine learning demonstrate that it is not only distinguishing patients from the start, but can also allow for personalized treatment, according to a 2019 report. Owkin and biopharma have: “scann[ed] thousands of tissue samples... to help identify new types of patients with mesothelioma and predict [who] may respond better to certain therapies.” From this, AI potentially helps to solve two problems: late diagnosis and ineffective treatment. Early cancer detection could allow refined immunotherapy, drug, and radiation therapy techniques.

Mesothelioma oncology may also be reformed within the next several years with help from 3D printing. Also referred to as “additive manufacturing,” 3D printing is a process involving printing solid compound objects from digital files. With 3D bioprinting, “biomaterials such as cells and growth factors are combined to create tissue-like structures that imitate natural tissues.” Scientists have already produced functioning organs, albeit not yet transplantable. However, as mesothelioma primarily affects the lungs, heart, and abdomen, organ transplants would be an unprecedented strategy.

3D bioprinting could help in solving complications related to late diagnosis. Organ transplants are an option, but mesothelioma patients are often deemed ineligible because of age. Along with this, nearly 20 people die every day from a deficiency in available organs, and organ transplants may run the chance of rejection. In theory, organ donations should work, but there is also a risk of surgical complications, both for the donor and the recipient undergoing implantation.

With 3D bioprinting, organs can be generated from the patient’s own cells, which could bring an end to organ rejection. An over-looming challenge that engineers experienced was making an organ that was not only identical but one that could perform independently. Last May, researchers were one-step closer with a lung-mimicking air sac that could “pulsate or ‘breathe’ without bursting.” The researchers also admitted to some of the roadblocks they encountered with 3D bioprinting, fundamentally the “inability to print the complex vascular networks, like airways and blood vessels of the lung or bile ducts and blood vessels in the liver.”

The solution for a pulsating or breathing air sac that does not collapse comes with an open-source bioprinting technology they call “stereolithography apparatus for tissue engineering”, or SLATE. Making cells that more closely resemble organic cell structure is critical, which calls for a specially designed “liquid pre-hydrogel solution that becomes solid when exposed to blue light.” Accomplishing this, scientists gain a fresh perspective on how to advance with 3D bioprinting.

Both AI and 3D bioprinting are forcing higher standards not only for mesothelioma patients but for healthcare in general. AI has surpassed radiologists at diagnosing breast cancer. Technology’s integration in healthcare proves that whilst it has been a delayed resource, it is now becoming indispensable. Contemporary issues demand contemporary solutions, and technologies such as AI and 3D bioprinting are breaking the mold.