New Colorado Regulations for the Measurement of Heavy Metals in Cannabis Vaping Aerosols: A Realistic and Practical Assessment: Part 1

New Colorado Regulations for the Measurement of Heavy Metals in Cannabis Vaping Aerosols: A Realistic and Practical Assessment: Part 1

The recent announcement by the Colorado Marijuana Enforcement Division (CMED) proposed that by January, 2022, all marijuana concentrates in vaporized delivery devices must be tested for heavy metal contaminants in the emitted aerosol by an authorized testing facility. The metals must include, but are not limited to arsenic, cadmium, lead, and mercury 1. This has been long overdue since it was first reported in 2017 that e-cigarette liquids were showing high levels of metals in the vaped aerosols 2. It caused some concern, but the problem wasn’t fully investigated, except that the metals were likely coming from corrosion of some of the internal components.

However the dangers of vaping resurfaced again in the fall of last year (2019) when e-cigarettes and vaping pens were the source of almost 3000 hospitalizations and 70 deaths as a result of severe respiratory failure from vaping devices containing vitamin E acetate, one of the diluents used in electronic cannabis delivery systems (ECDS) 3. The problem eventually got resolved by removing this compound from the ingredients in all legal vaping products, although there is a possibility it could still be present in devices sold on the illicit market. Colorado has been very proactive in this field and as a result, became the first state to require testing cannabinoid vaping aerosols for a panel of metals contaminants. This announcement has stimulated a great deal of interest from other state regulators to see how this eventually gets resolved.

This three-part series of articles will take a closer look at the real-world, practical assessment of Colorado’s intent to implement these new regulations and their implications for other states that will inevitably follow suit. Part 1 of the series will examine the fundamentals of vaping and the process of converting a vape liquid into an aerosol and the difficulties associated with characterizing the metal content. Part 2 will focus on the challenges of trapping and collecting the aerosol without contaminating the sample, and how best to validate the procedure using standard methods developed by the tobacco industry for electronic nicotine delivery systems (ENDS).  While Part 3 of the series will look at the ICP-MS measurement technique and the many potential sources of interferences observed when determining the most common metals found in vaping devices. The series will also pose some questions and make suggestions to state regulators as to how the data could be used to regulate cannabis vaping devices.

Let’s begin by first discussing the basics of vaping. When cannabis oils are heated to 200-300 °C in a cannabis vaping device, the psychoactive and therapeutic components such as THC, CBD, and terpenes, volatilize into tiny airborne droplets that form an aerosol called a vapor, which is inhaled by the user. The process is carried out using a battery-powered heating element or atomizer to heat the cannabis oil in a reservoir or tank that is typically mixed with diluent liquids like propylene glycol, glycerin, or medium-chain triglycerides (MCT)  to decrease its viscosity and flavoring agents to enhance the taste. In single-use or rechargeable cartridges, the liquid is often soaked into fibers and a heating element is wound around a wick. In pods, the liquid is in direct contact with the heating element within the pod. In tank or refillable systems, users add their desired liquid into a compartment. In some devices, the temperature can be selected using variable voltage control.  As a result, all of these variables make it extremely difficult to predict what metals are in the liquid and find their way into the aerosol. A schematic of a basic vaping pen is shown in Figure 1. 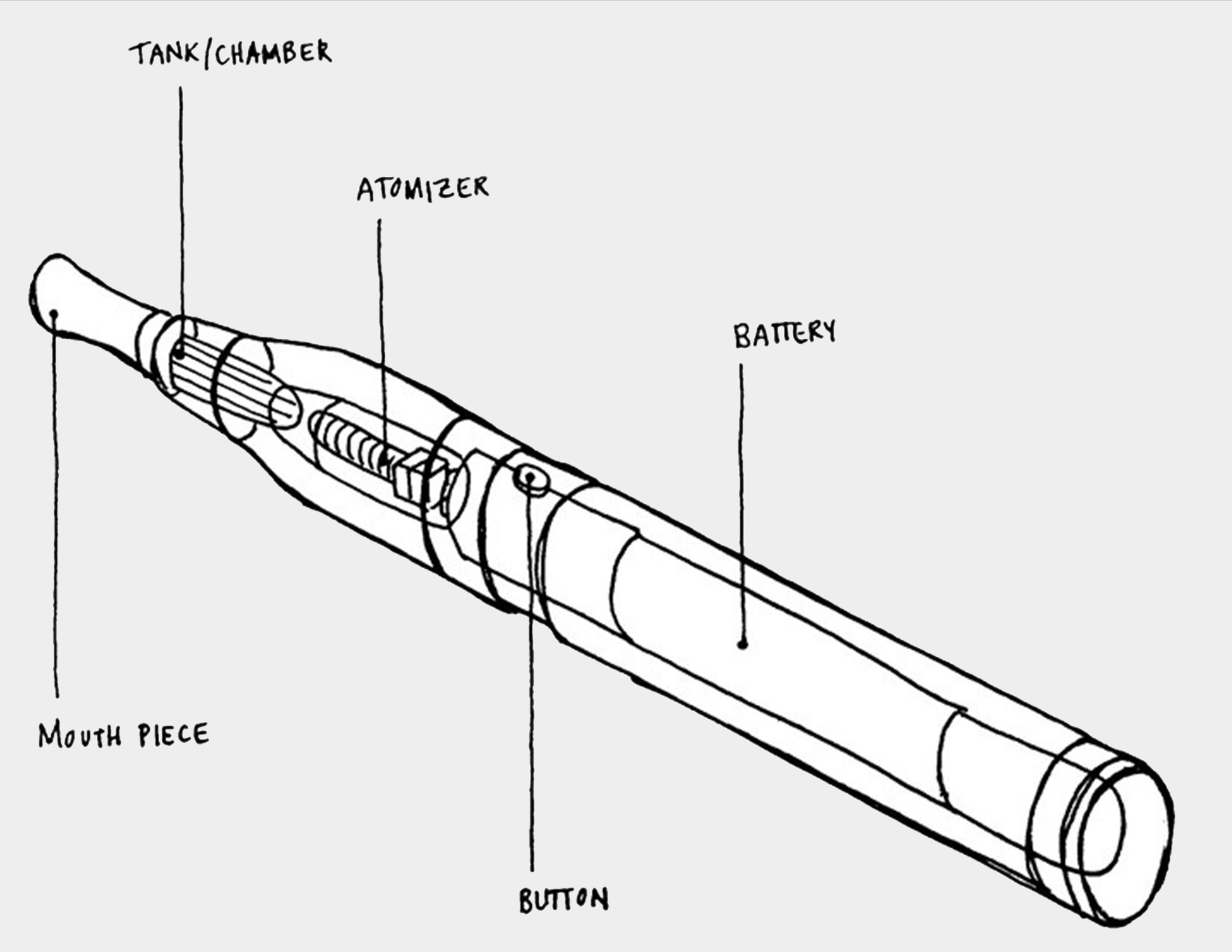 Figure 1: Basic components of a cannabis vaping pen. Credit: glennaelisabeth.com
Clearly, there needs to be a way of testing these devices, but how realistic is it to expect cannabis testing labs to be well-versed in the very difficult analysis of characterizing vaping aerosols. There have been a number of reports in the public domain of E-liquids being analyzed but very little has appeared on characterizing aerosols 4. Although an exploratory pilot study was carried out on the traditional big four heavy metals of Pb, Cd, As, and Hg which was presented at the 2019 CannMed Conference 5. We are not even sure what additional metals to test for, because there are a myriad of designs out there with a variety of different internal parts. And clearly, the components being used inside the device will dictate what metals are being corroded and transported to the consumer. For example, some of the common materials being used for tanks include plastic, glass (Si, Na, B) or stainless steel (Fe, Cr, Ni, Co, Mn), while coils and atomizers come in a variety of materials including nichrome (Ni, Cr), kanthal (Fe, Cr, Al), sometimes with brass electrical connectors (Cu, Zn) or other materials which are soldered (Sn, Pb). Some of the newer atomizers are made from ceramic materials (Si, Al, Ca). Additionally, many modern vaping devices have variable voltages, allowing the user to select different vaping temperatures, based on the desired therapeutic or psychoactive effect.  This means that if a higher temperature is selected, the amount and number of corroded metal particles being aerosolized could be significantly higher.

It’s important to emphasize that the Colorado directives specifically stipulates characterizing the vaping aerosol for heavy metals, not just the liquid. Sampling an aerosol without contaminating the sample presents an order of magnitude greater complexity, because the aerosolization mechanism and transport of metallic particles at vaping temperatures around 200-300 °C are very different to sampling metal ions in solution.Moreover, once the aerosol has been generated, there has to be a way to trap and collect the aerosol without additional metal contamination in order to measure its metal content using the analytical technique of choice - usually inductively coupled plasma mass spectrometry (ICP-MS). In comparison, sampling the vaping liquid is fairly straightforward, as it can just be sampled directly from the refillable pod or vaping device tank; although it should be emphasized that analyzing the liquid is not completely without its problems. The diluents used in the device will dictate what types of solvents to use for dilution. With nicotine systems, the diluents are typically propylene glycol and/or vegetable glycerin, which are hydrophilic (water-soluble) in nature. This means that they can be extracted and dissolved using a nitric acid/hydrochloric acid mixture and as long as the calibration standards and blank are made up in a similar matrix, they can be presented to the ICP-MS for measurement of the required suite of elemental contaminants 6.

However, vaping devices used for cannabinoids are a little more complex to sample because propylene glycol and glycerol are used in some ECDS devices, but the diluents might also be mixtures that include vitamin E (tocopherol), and/or MCT oil which are hydrophobic (not water-soluble) in nature. This of course is in addition to the cannabinoid extract itself which is oily and very viscous in nature. This means the liquid either has to be extracted and dissolved in an organic solvent, which will present problems for the ICP-MS instrument unless the appropriate desolvating/temperature-controlled sample introduction system (and perhaps oxygen addition) is used to reduce the likelihood of carbon being deposited on the interface cones. This requires an analyst with detailed knowledge and experience running organic samples, which if not carried out correctly, could lead to overheating of the interface and in extreme cases, melting of the interface cones. The alternative approach is to use a microwave digestion procedure using the appropriate acid mixture to oxidize the cannabis extract and organic diluent and then re-dissolve the residue in a nitric/hydrochloric mixture, before being presented to the instrument for analysis.

Let’s now take a closer look at what is required to characterize electronic nicotine delivery systems (ENDS) or ECDS aerosols for trace metals. First, it’s important to emphasize that the transport of the metal particles in a vaping aerosol is not fully understood, but will be different based on the metal compositions of vaping device components and their heating characteristics. The temperatures at which ENDS/ECDS liquids are heated (200-300 °C) are insufficient for the vaporization of most metals and metal oxides; therefore the mechanism of transport in the aerosol is likely to be independent of metal volatility 6.

Moreover, limited entrainment of metal particles, or dissolved metal compounds in aerosol droplets formed by the passage of air over the liquid surface is a possible metal transport mechanism. Another possible mechanism could involve aerosolization within liquid droplets sputtered from the heating element as the liquid boils and vaporizes. (Note: aerosolization is the process of converting a substance into small particles, light enough to be carried on the air.) As a result, the principal forms of the metals would not vaporize at the relatively low heating element temperatures, but rather be inefficiently entrained and transported in the aerosol 6, 7. For this reason, spiking trace elements into nicotine/cannabinoid liquids and measuring recoveries in the collected aerosol as a way of trying to validate the transportation, trapping, and collecting method will unlikely be a useful exercise.

So first, it’s important to understand that the standard method used to trap and collect the vapor from ENDS or ECDS is with an e-cigarette aerosol generation machine, which is an adaption of traditional mainstream smoking machines used to measure organic and inorganic contaminants in tobacco products like cigarettes and cigars. These aerosol generation testing machines work extremely well for measuring organic analytes but when it comes to evaluating inorganic pollutants they have limitations, because many of the components such as tubing, filters, and impingers are not made out of metal-free, high purity materials. As a result, measuring trace levels of elemental contaminants becomes very challenging, because of the potential for metals to leach out of these materials when in contact with acids used for washing. For example, the standard filters used to trap the particulates from mainstream smoke or vapor are made from glass fiber, which is notoriously high in acid-leachable trace elements. In addition, the standard impinger is typically made from borosilicate glass, which again has acid leachable trace metals. Low purity quartz filters also have high levels of acid leachable metals and are not suitable as trapping materials for analysis of metals at low concentrations in ENDS and ECDS aerosols.  Glass impingers should be replaced with metal-free perfluoroalkoxy resin (PFA).

In addition, electrostatic precipitation units which are sometimes used in traditional smoking machines are not appropriate traps for aerosol collection. It should also be pointed out that the standard transfer tubes in these machines are typically made from tygon, which is known to contain acid-leachable metals. For that reason, either acid washed tygon tubing should be used with trapping devices, or better still, traps should consist of fluorinated ethylene propylene (FEP) or PFA tubing, which are considered higher purity polymers with respect to metals. So researchers who are interested in looking at very low levels of trace metals in e-cigarette aerosols typically have to customize the aerosol generation machines to make them better suited for looking for trace metals. These issues become another layer of complexity for testing labs that are tasked with measuring low levels of heavy metals in ECDS aerosols.

For a detailed overview of how testing of ENDS is achieved, you can find a talk from Dr Steven Pappas, Tobacco Inorganics Group, CDC available to view for free here.

Note: Part 2 of the series will focus on the challenges of trapping and collecting the aerosol without contaminating the sample, and how best to validate the process using standard methods developed by the tobacco testing research community for electronic nicotine delivery systems (ENDS).

X-Ray Fluorescence Spectrometry: Ideal Monitoring for Above and Below