"Science is a team endeavor, and it has long been known that diverse teams outperform those comprised only of high-performing individuals," says Charla Lambert, Cold Spring Harbor Laboratory's (CSHL) DEI officer. "Despite this, academic science remains stubbornly homogenous, and that equates to a stubborn loss of both scientific talent and scientific progress."

In December 2018, a diverse group of scientific researchers gathered to challenge a key issue in the science, technology, engineering and mathematics (STEM) workforce: gender bias, and sexual harassment. The meeting was funded by the CSHL. "The goal of the CSHL-funded meeting was to identify best practices at institutions that help women faculty with their research careers. CSHL has introduced a number of initiatives such as subsidized on-site childcare, childcare assistance when traveling on business, and grant writing assistance to help scientists," says CSHL President Bruce Stillman, a co-author of the paper. "It is important for institutions to provide resources and an environment that allows all scientists to maximize their focus on research."

The conclusions from the meeting have been eloquently described by 23 authors in an article published in the journal Science.1 Introducing the article, the authors say, "We outline here specific, potentially high-impact policy changes that build upon existing mechanisms for research funding and governance and that can be rapidly implemented to counteract barriers facing women in science." "The report really lays out the continuum of behaviors that drive people out of science," says Carol Greider, Director of Molecular Biology and Genetics at Johns Hopkins University, and first author on the paper.

The gender disparity in STEM is not a new problem. Research shows that the number of female students enrolled in STEM related disciplines has been decreasing over the last 20 years, and the number of women resigning from technological job positions remains extremely high.2

"We're at this junction point where there is overwhelming evidence describing the barriers that women can face in STEM careers, and there is much less data about what the best way to address it is," says Jason Sheltzer, CSHL laboratory fellow. Sheltzer recognized throughout his career that a gender bias existed in hiring and has published research outlining that women have been underrepresented in research laboratories.3

In addition to the issue of gender bias, STEM faces an additional crisis that deters many individuals, particularly women, from pursuing a career in such disciplines: the astonishingly high rate of sexual harassment.

In May of this year, Technology Networks published an article outlining the endeavors of several groups, such as MeTooSTEM, to end sexual harassment in STEM.

MeTooSTEM: A Mission to End Sexual Harassment in STEM

END_OF_DOCUMENT_TOKEN_TO_BE_REPLACED

We spoke with Johanna Folk, PhD, postdoctoral fellow at the University of California, San Francisco, and member of the MeTooSTEM leadership team: "We [MeTooSTEM] are committed to filling painful gaps left by our community and leaders for people who have experienced sexual harassment, assault and retaliation in STEM. We strive to eliminate this abusive behavior and provide support for survivors, centering people of color, people with disabilities, those from the LGBTQ community, and white women, who are most at risk for sexual harassment and assault."

A second member of MeTooSTEM, Theresa Swanson, told us: "Women aren't leaving STEM careers because they don't enjoy the subjects or "find it too difficult" as one narrative might suggest. Quite the contrary – they are leaving STEM because it isn't worth being constantly sexualized, harassed and dismissed. The consequence of this? STEM fields lose the creativity, ingenuity and perseverance of the women that leave, and those women lose their careers and dreams, at the very least."

Nilanjana Dasgupta, Professor of Social Psychology at the University of Massachusetts Amherst and an author on the paper, views the Science paper as a "call to action" that follows up on the National Academy's report.

"I think the solutions to sexual harassment and gender bias problems cannot solely rest with individual actors and their good intentions," she said. "There have to be structural solutions, policies, procedures, incentives to be fair, and checks in the system to ensure that the solutions are working as intended." 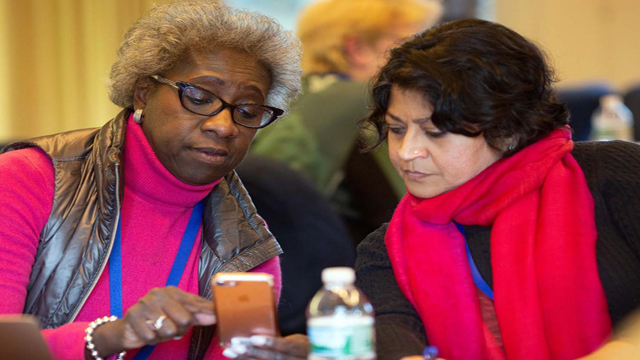 In the Science article, the authors propose several suggestions for combating sexual harassment and gender bias in STEM.

To summarize, the key proposals for challenging sexual harassment include:

The key proposals for challenging gender bias include:

The report also asks funding agencies for disclosure of any credible findings or settlements from investigators and institutions. Here, Sheltzer says that the policies must be implemented from top-down, large funding agencies, to institutions: "If the NIH says if you sexually harassed someone, you lose a grant. That has a huge impact."

END_OF_DOCUMENT_TOKEN_TO_BE_REPLACED

Emphasis is also placed on eliminating systemic bias by promoting transparency on data such as starting salaries, internal grants, mentorship options, and also encouraging work-life balance. "I've been a department chair at Johns Hopkins for 17 years and I saw that mentoring and mentoring style aren't really the things that are rewarded in terms of promotion and advancement," says Gredier. "Those behaviors are really an impediment to women in science."

When diverse voices can work together

CSHL and Johns Hopkins are included in the 43 institutions that have signed an action collaborative by The National Academies of Sciences, Engineering, and Medicine on preventing sexual harassment in higher education. "Science is a team endeavor, and it has long been known that diverse teams outperform those comprised only of high-performing individuals," said Charla Lambert, CSHL's DEI officer. "Despite this, academic science remains stubbornly homogenous, and that equates to a stubborn loss of both scientific talent and scientific progress."

For scientific creativity to flow, individuals must feel comfortable, safe and encouraged in their environment. "If you have an environment where there's bullying, harassment, sexual harassment, then there cannot be open, clear communication and creative science occurring," Greider said.

An obligation to support

The final paragraph of the article is titled, "An obligation to support".

Here, the authors conclude: "Institutions and funding agencies have an obligation to ensure that they are supporting the best possible science and minimizing any gender-specific barriers that may hinder the advancement of women in academia. We believe that by ending sexual harassment and breaking the power of unconscious bias, they will make substantial progress toward this crucial goal. Given that many of the policies outlined in this proposal have not been previously implemented, they should be accompanied by outcomes-monitoring, so that the efficacy of each approach can be evaluated in an evidence-based and unbiased manner. We hope that our recommendations will spur additional conversations about diversity in science and our own responsibilities to create a fair and just system."