The Alpha and Omega of COVID-19: Yes, the Pandemic Will End (but Not Soon) 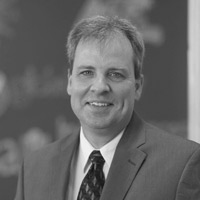 Complete the form below and we will email you a PDF version of "The Alpha and Omega of COVID-19: Yes, the Pandemic Will End (but Not Soon)"

News of COVID-19 seems awash in Greek letters. We hear of viral variants such as delta and lambda, a nomenclature invoked as scientists realized the unintended bias (and sometimes persecution) associated with the geographic labeling of variants. A century later, there remains considerable frustration in some circles given that “the Spanish flu” likely started in Kansas. Yet Spain took the blame because it did not participate in the First World War and was not subject to the censorship. The Spanish press reported infections of their royal family (even though British royals were suffering at the same time), thereby creating a label that persists to this day. To avoid a repeat of this mistake, the classification of new variants is akin to hurricane nomenclature, with alphabetic naming of significant new variants.

This pandemic, like all before and others yet to come, begins when a virus infects a person. This “patient zero” is the first victim of an elaborate series of microscopic hijacking events. SARS-CoV-2, like all viruses, seeks out hosts, whom it can subdue and manipulate to promote its propagation and thereby ensure its survival.

Yet this hijacking of the body is quite imperfect. More specifically, the manufacturing of new viruses by an infected individual tends to be rather sloppy, far below the error rate of those trained in six sigma. On average, the machinery producing SARS-CoV-2 makes roughly one error for every 300,000 nucleotides. Given that the viral genome (its entire complement of RNA) is comprised of 30,000 base pairs, this means that roughly one in ten virus particles released by an infected cell will be a mutant.

Most mutants have no effect or may even create a defective virus. Indeed, it is understandable that one might think mutation is a good thing as it necessarily limits the number of infectious viruses. The problem is that every infected cell produces something on the order of one thousand progeny. These viruses in turn infect other cells and the result is a dramatic expansion in active viral particles.

A closer look reveals mutations in SARS-CoV02 tend not to be random but instead focused upon one particular viral protein, which is known as the spike, or "S" protein. If a change in S allows the virus to become even more adept at harvesting its prey, then the “survival of the fittest” mechanisms of evolution would allow that mutant to become more prevalent. As this newcomer expands within the population, it eventually earns the moniker of a “variant.”

You have probably heard of S. This is the viral protein that allows SARS-CoV-2 to engage with, and then hijack, human cells. Most mutations to spike are likely deleterious in the short term. With enough time and foodstuffs (i.e., you and me), evolution tends to work against us.

More viruses mean more mutations and thus inevitably, more variants. Eventually, the strongest variants will predominate. This is exactly what we see with the current scourge of delta. Delta is a mutant, whose survival was facilitated by its ability to more efficiently infect its prey. The spread of early viruses could be slowed by masks and ultraviolet radiation (hence the lack of need for face masks when outdoors). Yet enough people elected not to wear face masks indoors (or even acknowledge the severity of the pandemic) that we quickly reached a point, where the mutations in S that gave rise to delta became less sensitive to these pressures.

Despite this setback, we can take heart that the delta variant remained fairly sensitive to the vaccines introduced by Moderna, Pfizer, Johnson and Johnson and others. Indeed, the recent rebound in hospitalizations and avoidable deaths are occurring primarily with non-vaccinated individuals.

Yet the problem does not end with delta.

The fact that so many people have rejected vaccination grants the virus more chances to deploy its mutational capacity to our detriment, this time in even more dangerous and potentially catastrophic ways. By refusing to wear a mask and by denying vaccination, antivaxxers have created the perfect conditions for the rise of variants that are ever less sensitive to the safe and highly effective vaccines that were introduced less than a year ago.

Over a remarkably short period of time, we are beginning to detect variants that might cause problems not merely for those who denied vaccination, but also for their vaccinated family and friends. The lambda variant, in particular, is generating considerable angst amongst certain scientists. Nor is lambda likely to be the last as the combination of mutation and a resumption of high-risk behaviors (e.g., forbidding masks in schools or rejecting vaccination) will undoubtedly usher in even more dangerous variants.

Despite all of this dispiriting news, there are reasons for hope. First, the current increase in severe infections and death is limited largely to those, who have rejected vaccination. Stated another way, very few vaccinated people are coming down with disease severe enough to require hospitalization and even fewer are dying from COVID-19.

The best way to protect yourself and those around you is to become vaccinated.

Even more promising is that the same technologies that have proven themselves so effective and facile for creating safe and effective vaccines (i.e., mRNA and adenovirus-based vectors) can be readily modified to address new variants. Much like influenza vaccines, we may require boosts with updated COVID-19 vaccines every few years. Even more promising is that some investigation suggests there are a limited number of mutations that can facilitate improved functioning of S. If correct, this would mean that once we are all protected from these variants, the tragedies of today will become a distant memory.

Achieving this goal may require a year or may require a decade. Either way, the omega of the pandemic is in sight. To achieve this, we must all work together not merely to develop these new technologies, but to ensure that they are widely and appropriately accepted by the public.

Complete the form below to unlock access to this Audio Article: "The Alpha and Omega of COVID-19: Yes, the Pandemic Will End (but Not Soon)"