Arthur L. Dean did not invent the treatment for leprosy, but the technique for producing it became known as “the Dean Method.”

The keystone of this medical development actually came from a young Black chemist, Alice Ball, whose name has since been reattached to the treatments after decades of deliberate obscurity.

The Lost Women of Science (LWoS) Initiative is a new nonprofit organization. Its overarching goal is to illuminate the lives and works of female scientists who have been forgotten even as their contributions shape modern life. Our flagship is the Lost Women of Science podcast. Each season is dedicated to the story of one woman who, like Ball, had her credit stolen or undermined. Researching hundreds of women with similar fates has made something very clear to us at LWoS: through history, our culture has almost compulsively taken credit away from women, gender minorities and people of color. As we continue releasing seasons, we’re hoping to gain insights into why and how this has happened to women in science.

Our first season explores how credit was stolen from the pathologist Dr. Dorothy Andersen. Andersen was performing autopsies at Columbia University’s Babies Hospital when she began seeing a pattern in infant deaths. Though the deaths were said to be caused by celiac – a gastrointestinal disease –  Andersen found that the patients presented with hardened organs. She knew, therefore, that the pathology had to be affecting multiple systems of the body. In 1938, she became the first to define the complex workings of the thing that had actually killed these infants, which she named cystic fibrosis (CF), a fatal disease that rapidly corrodes a host of vital organs.

Andersen continued to make breakthroughs in CF research for the rest of her life. In 1948, an extreme heatwave hit New York City, which set the stage for one of them. Andersen saw a severe uptick in CF deaths when the weather got hot, which led her to conclude that the sweat glands are among the systems affected by CF. This gland abnormality also meant that CF patients had extra salty sweat. These discoveries were documented in a 1951 paper discussing CF and heat exhaustion, which was published in collaboration with Andersen's colleague, Walter Kessler.

In 1953, three more papers on the same subject were published. One of Andersen’s mentees, Paul di Sant’Agnese, is listed as an author on all three, while Andersen is only listed on one of them. This technical misattribution sounds almost trivial, but here is a quote from di Sant’Agnese’s current Wikipedia: “During the heat wave of 1949, he was the first to recognize that infants suffering from cystic fibrosis were at special risk for heat prostration. He thus discovered that sweat was abnormal in CF.”

There is a name for the phenomenon of men getting credit for women’s scientific contributions: the Matilda Effect, named after the American feminist critic Matilda Gage, who catologed the contributions of female scientists in the late 19th century.

The credit can take many forms – awards, citations on paper, portraits, casual mentions or names on buildings. Science historian Margaret Rossiter coined the term, believing that women’s underrepresentation in science history is due not to any shortage of competent female scientists, but “to the camouflage intentionally placed over their presence in science.ccordingly, in addition to describing a female scientist’s achievements, LWoS  looks hard at subsequent moments, investigating what events happened that began to chip away at her credit. For Andersen, it was the moment di Sant’Agnese failed to cite her in his papers.

In Ball’s case, it would be the moment after her premature death, when Dean picked up her finished research and began marketing the product in his name.

Why is it so easy and common to undermine women’s role in science? One reason could be that in our culture, stories of innovations often follow a conventional narrative arc that casts a single man as the heroic lead. This is related to the deeply ingrained “great man theory” of history, which assumes that a series of superior, norm-disrupting men have single-handedly carried the world into modernity.

A podcast aiming to celebrate women might be tempted to just reverse the narrative: “He did not invent this. She did.” But there’s another more delicate task at hand than simply returning credit to its rightful owner. The problem with the great man theory isn’t just its exclusion of women; it also neglects the vital importance of group and generational collaboration, of the progress inherent to an incorrect hypothesis, of chance, of years of fruitless lab research and so on. In this theory of history, the centering of “man” is certainly wrong but the notion of the single person is also wrong and even the notion of “greatness”, as we understand it, is wrong.

The corrected histories we stitch together from primary source research often read like this: “He did not invent this. But he helped. She did more of the legwork, but never got credit. A crumpled-up note suggests that she did even more, but we can’t say for sure. And twenty earlier people contributed essential research.” You can see the basic appeal of simplifying the story, but it’s just a story, not history. 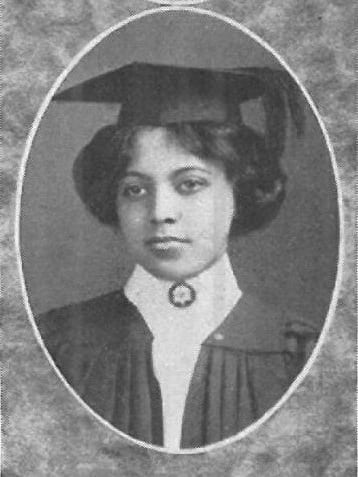 The real story of Ball’s work on leprosy is more interesting than a great-man adherent could think up. After becoming the first woman and first Black person to earn a Masterdegree from the University of Hawaii in 1915, Ball joined an existing effort to treat leprosy. At that time in Hawaii, people believed to have leprosy, mostly native Hawaiians, were brought by police officers to Kalihi Hospital in Honolulu. Severe cases were quarantined on the island of Molokai, sometimes for years, until the disease killed them.

Dr. Harry Hollmann, an assistant surgeon at Kalihi, was urgently working to cure leprosy using chaulmoogra tree oil, which had been used medicinally in Southeast Asia for hundreds of years. The treatment had shown promise, but was difficult to administer; used as an ointment, it was ineffective. Taken orally, it caused severe nausea. One patient said, “I’d rather have leprosy than take another dose.” Dr. Hollmann enlisted Ball to develop an injectable version of the oil. And she did – within a year.

Ball was able to devise a process that transformed the fatty acids of the oil into ethyl esters, making the substance water soluble and potentially injectable. Thanks to her, 84 leprosy patients would be allowed to return home from Kalihi hospital after receiving her treatment.

Ball died in 1916 at the age of 24 in what was probably a lab accident before her research could be published. That’s when Dean, who was the president of the University of Hawaii, published reports on the findings without any mention of Ball and began mass producing the product.

Dr. Holloman objected to Dean’s claims to the treatment, and in 1922, published a paper that acknowledged Ball as its true originator. Even then, Dean retained his status as the genius behind the ethyl esters treatment. It wasn’t until many years later that two people, Dr. Kathryn Takara and Stan Ali, found Ball’s name in a book and put the true story together. Their archival work brought the true originator to light and reintroduced “the Ball Method” to the world. Today, the Ball Method has been replaced by antibiotics, and leprosy is curable.

The total credit Dean accepted for this treatment was absolutely not his to accept – but that’s not to say that sole credit belonged to Ball either. Ball joined a scientific effort in a crucial moment, and her genius put the last piece in a puzzle. She saved lives. to do people and history justice, we need to remain open to novel, multi-system stories that leave room for not just women, but also collaboration, banalities and messiness. LWoS is working to reintroduce deserving women into the academic and cultural bloodstream, but also to tell stories of innovation in these new, more honest ways.

This article was published in issue nine of The Scientific Observer. Download your free copy of the magazine now. 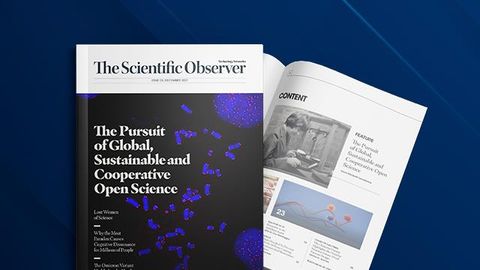 END_OF_DOCUMENT_TOKEN_TO_BE_REPLACED

Complete the form below to unlock access to this Audio Article: "The Lost Women of Science"